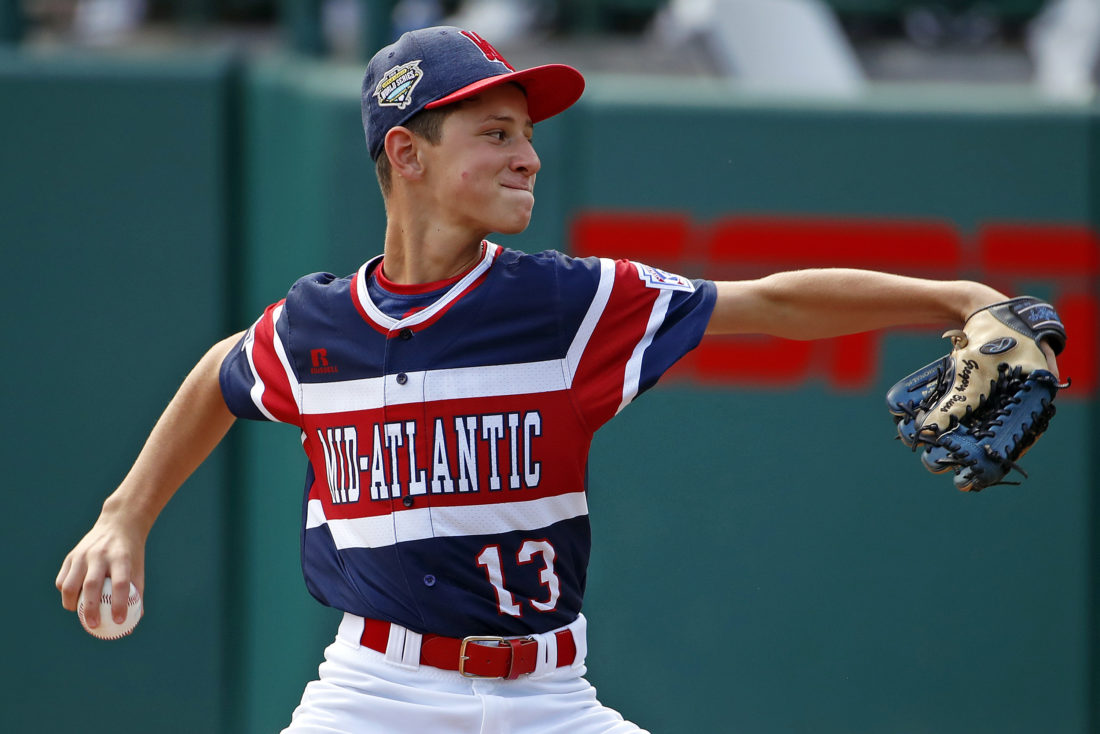 WILLIAMSPORT — Mid-Atlantic snagged a late lead and defeated Midwest 5-2 on Thursday. The game was tied at two with Mid-Atlantic batting in the bottom of the fourth when Jayson Hannah grounded out, scoring two runs.

Mid-Atlantic fired up the offense in the first inning. An error scored one run for Mid-Atlantic.

Mid-Atlantic took the lead for good with two runs in the fourth inning.

Gregory Bruno was the winning pitcher for Mid-Atlantic. He surrendered zero runs on one hit over two and two-thirds innings, striking out seven and walking one. Derek Mendez threw one inning in relief out of the bullpen. Derek recorded the last three outs to earn the save for Mid-Atlantic.

Brody Watson took the loss for Midwest. He went four innings, allowing four runs on four hits, striking out five and walking one.

Steven Martinez started the game for Mid-Atlantic. He went two and a third innings, allowing two runs on three hits and striking out four

Gregory, Chris Bedford, Steven, Derek, and John Calabrese each collected one hit to lead Mid-Atlantic. Mid-Atlantic was sure-handed in the field and didn’t commit a single error. Chris Cancel had the most chances in the field with 12.

PLAY OF THE GAME: Gregory Bruno’s bases-loaded strikeouts. OK, this is two plays but both were huge. The New York ace was called upon in the third inning, coming in to a tie game with the bases loaded and one out. While Alex Stewart drew an RBI walk, Bruno came back strong and struck out the next two batters, leaving the bases loaded. Bruno ended the inning with a perfectly-placed, full-count fastball on the outside corner. If Bruno does not record those strikeouts, Iowa might have taken a multiple-run lead and the game’s complexion could have drastically changed.

NEW YORK PLAYER OF THE GAME: Gregory Bruno-Four days after throwing a perfect game against Maryland in the Mid-Atlantic final, Bruno threw 2 2/3 innings of no-hit baseball and earned the win. The hard-throwing right-hander allowed just one hit and struck out seven as he remained undefeated this summer. He also ignited the game-tying rally when he hit a two-out RBI double in the third inning and scored on a subsequent wild pitch and throwing error. That helped New York win its 26th game over the last two seasons as the Mid-Atlantic champions trailed for the first time during the span.

IOWA PLAYER OF THE GAME: Blake Larson-The third baseman was a tough out, going 2 for 3 and hitting a game-tying RBI double in the third inning that made it 1-1. Larson also ended Bruno’s eight consecutive no-hit innings when he ripped a one-out, fifth-inning single.

BIG INNING: New York fourth – The Mid-Atlantic champions went ahead to stay, scoring two runs with one out and building a 4-2 lead. Logan Castellano ignited the game-changing rally with a walk. His hustle on John Calabrese’s ensuing single to right field forced an errant throw to third base. When the ball was overthrown, Castellano scored the go-ahead run and Calabrese sprinted to third. Calabrese made it 4-2 a batter later when pinch-hitter Jayson Hannah hit an RBI grounder.

BEST EFFORT: Derek Mendez’s closing out the game – Stewart retired New York’s first two hitters in the fifth, but intentionally walked slugger Steven Martinez. Mendez immediately made Iowa pay, slamming the next pitch into the right-center field gap for an RBI double that made it, 5-2. Mendez then relieved Bruno on the mound in the sixth, working a perfect inning, striking out two and earning the save.

WHAT THE ADULTS SAY: “In two years we played 26 games and have never been behind and the first time I mention it we fall behind,” New York manager Joe Calabrese said. “The kids have a lot of character. They play hard. They had some jitters a little bit today, but they battled back and hung with it.”

WHAT THE KIDS SAY: “I’m used to them intentionally walking Steve. I wasn’t nervous or anything,” Mendez said. “I came up first pitch and got a big hit.”