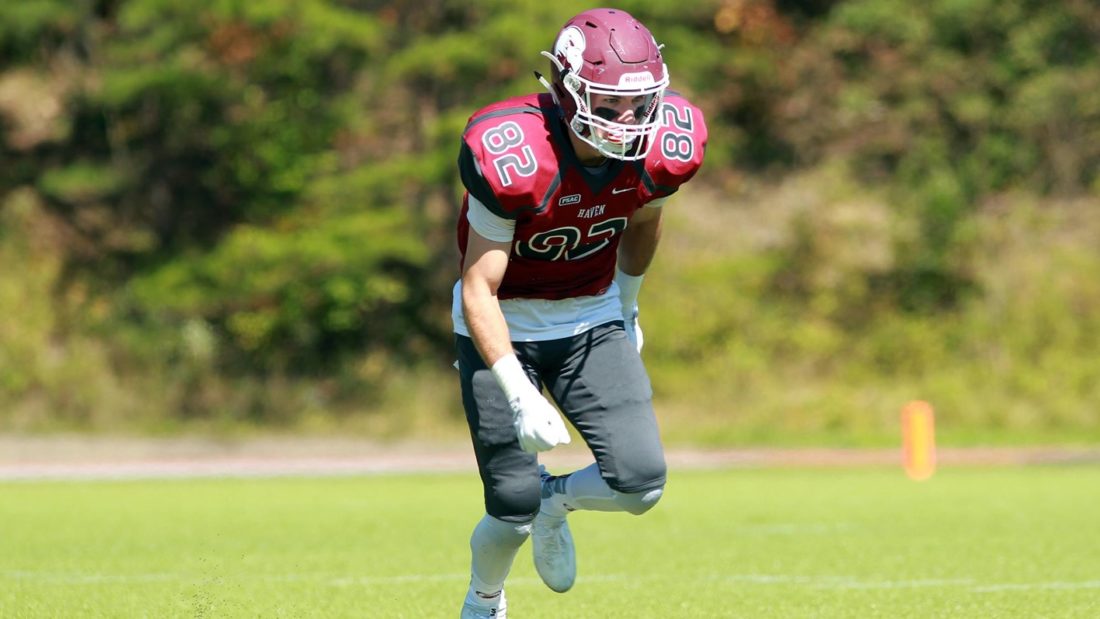 PITTSBURGH — The Lock Haven University football team is set to open the 2018 season on Saturday, September 1 at NCAA Division I FCS opponent Duquesne.

The Bald Eagles will open the 2018 season on the road at NCAA Division I FCS opponent Duquesne on Saturday (Sept. 1). Kickoff at Rooney Field is set for 2 p.m. The Dukes were 7-4 last year and they are 0-1 this season. Playing in the very first NCAA football game of the 2018 season last weekend, Duquesne fell to Massachusetts, 63-15.

LHU finished the 2017 season at 2-9 overall (2-5 PSAC East) with both wins coming in PSAC East play thanks to victories over Cheyney and local-rival Bloomsburg. It marked LHU’s second straight win over Bloomsburg and moved head coach Dave Taynor to 2-1 all-time vs. Bloomsburg.

The series with Duquesne:

Saturday will mark the first meeting between Lock Haven and Duquesne.

For the second straight season, LHU will open vs. a FCS opponent. Last year, Lock Haven dropped its 2017 opener at Saint Francis, 69-3. Last season’s opener marked LHU’s first game vs. an FCS team since the 2012 season-opener at Fordham. In all, Saturday’s game at Duquesne will mark LHU’s 13th game vs. an NCAA DI FCS opponent since 2000. Of those previous 12 meetings, eight have been home-openers. LHU hasn’t beaten a FCS opponent since 1971 when the Bald Eagles opened the season with a 14-7 victory over Delaware State.

Leading the way for the Bald Eagles in 2017 was the run-game. LHU finished with 2,182 rushing yards and Lock Haven finished with 198.4 yards per game, which ranked as the fourth-best rushing offense in the PSAC at the end of the regular season. Leading the way was true-freshman quarterback Kyle Knight who rushed for eight touchdowns. As a team, LHU ran for 20 TDs with 18 of 20 coming in the final six games. As a team, Lock Haven recorded three games with 300 or more rushing yards including a single-game school record of 460 (6 rushing TDs) in the win over Cheyney.

Sophomore quarterback Kyle Knight will look to lead the way in 2018. Last season, as a true-freshman, he took over the play calling in Week 2 vs. perennial DII power Slippery Rock. He rushed for 104 yards and the rest is history as he then rattled off a remarkable “run” over the next seven games. In all, the two-time PSAC Offensive Player of the Week made six starts (10GP) and finished with 760 rushing yards (76/game), 655 passing yards (65.5/game), 10 total touchdowns (8 rush, 2 pass) and he threw for just two interceptions in 114 attempts. Knight recorded four games of 100-plus rushing yards including 174 in the comeback-win at Bloomsburg. He rushed for a season-high 181 and four TDs in the win over Cheyney. He threw for 264 yards in a narrow-loss to ESU in Week 10.

Last season as a true-freshman tight end Jalen Jackson helped lead the way on offense. The Williamsport, Pennsylvania native was LHU’s top receiver with 30.2 receiving yards per game. In all, he made 26 catches for 332 yards (11GP/7GS).

Staton holds down the O-line:

Redshirt-junior David Staton (LT) will lead the way for the offensive line. The 6-foot-6, 305-pound left tackle has played in all 22 games of his career for the Bald Eagles and is without question one of the premier lineman in the entire PSAC.

A second straight season-opener at a Division I opponent, five home games and a trip to Texas to take on the defending NCAA Division II national champions highlight the 2018 schedule. During the 2018 season, the Bald Eagles will host Clarion, IUP, Millersville, Bloomsburg and Shippensburg. LHU’s home-opener is set for Saturday, September 8 at 12 p.m. All five of Lock Haven’s home games will start at 12 p.m. including the Homecoming game on October 20. LHU will also make a trip to The Lone Star State on Saturday, September 29 to take on Texas A&M Commerce, the defending NCAA DII champions.