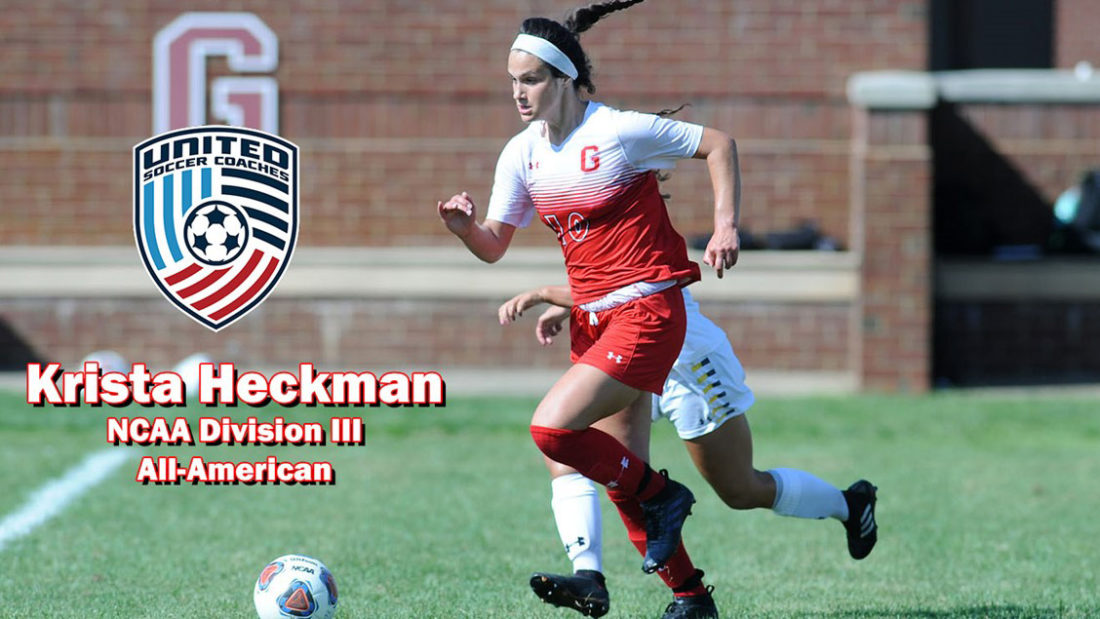 Heckman started in each of the last three seasons and earned four total letters. She shares the Grove City career record with 90 appearances. Heckman concluded her career with 25 career goals and 15 career assists. She earned First Team All-PAC this season after earning Second Team All-PAC honors in 2017.

Grove City won its first conference title in 17 years and made its fourth all-time NCAA Championship Tournament appearance this fall. The Wolverines toppled defending national runner-up Chicago in the opening round before falling to undefeated Centre in the second round. Grove City’s 17 wins this year match the single-season program record, set in 2016 and tied in 2017. Grove City’s 17-4-1 overall record is the best in program history.

Heckman helped Grove City to a 63-23-5 record during her career.