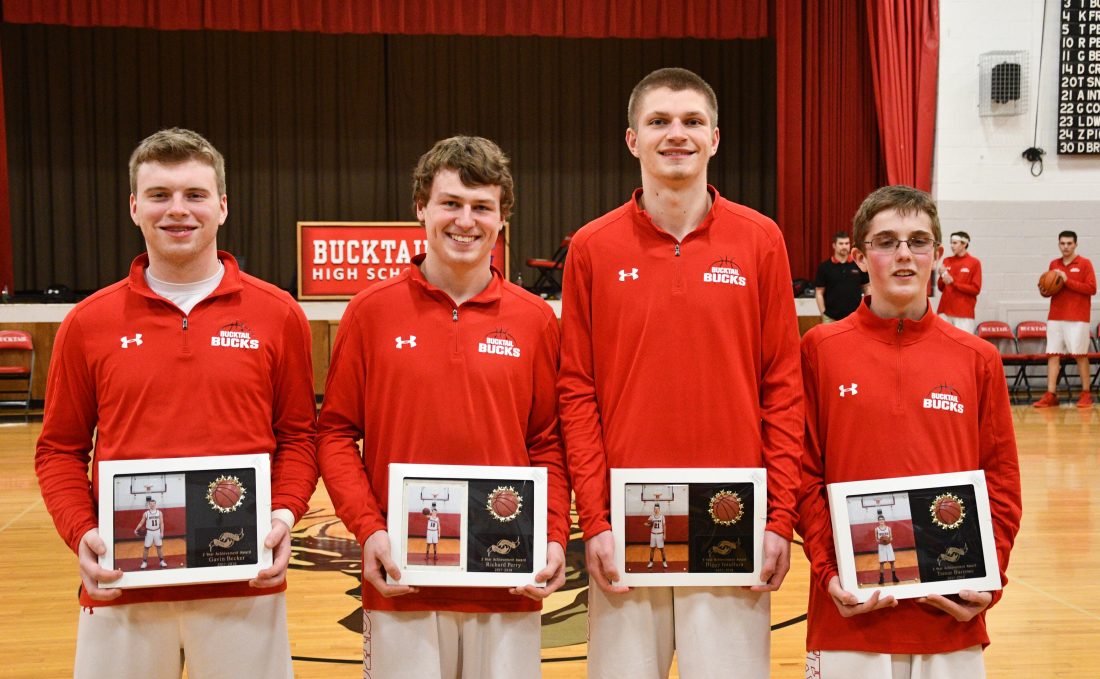 The Muncy Indians rolled into Farwell last night aimed at spoiling senior night in Bucktail and wasted little time doing so, as they sparked a 12-0 run to open the game.

Muncy coach Jason Gresh and Bucks’ coach Gene Bruno each toiled with their lineups throughout the game as the Indians picked up a 69-40 win in a matchup where neither team played their first string for any set amount of time.

Despite the loss that knocked the Bucks to 6-13 on the season, quality wins over AA schools have propelled Bucktail to District 4 Class A Playoffs starting next Tuesday. As of today, qualifying teams are ranked in the following order: Lourdes Regional, St. John Neumann, North Penn Liberty, Galeton, Sullivan County, Bucktail and currently Benton holds the No. 7 spot. Should Lourdes get a first round bye the Bucks would go to North Penn Liberty, but nothing will be official until Sunday afternoon.

Coach Bruno admits that there is plenty of work to do, but feels the playoff berth was a reward for his team working hard and grinding out a tough first season under his system.

“These kids have worked hard enough that they earned this District bid, it was a tough road but they have played through some tough games and it’s nice to see them make the postseason, which was a pre-season goal,” the coach said of the pending playoff trip.

Muncy’s win was a microcosm of what the season has been like for the Bucks.

“This was very typical, we come out very timid, we’re down 12-14 points before we even get our heads in the game” Bruno said of his team’s lackadaisical start.

Bruno has been adamant to his team that picking up a basketball throughout the offseason will be key to any future that the team may have.

“We know shooting is our problem, look how many layups alone we missed again tonight. Working throughout the summer will be paramount to any future success. We can’t wait until next November to pick up a basketball and think that we’ll get to where we need to be,” the coach explained.

“It’s been a joy having these four guys and being part of their lives for four months, I really wish I’d have the opportunity to have each of them back for another season” Bruno said of his seniors. “They realize that we are rebuilding, I explained to them in the preseason that the younger kids will need to get exposure with playing time and they were great in understanding that and we’re very supportive all season.”

The young Bucks will get even more exposure next Tuesday as they make a trip to the postseason, something no player on the roster has ever accomplished.

Muncy’s Noah Rymsza led all scorers with 19 points while Becker’s 13 led the Bucks, 11 of those coming in the 4th quarter.