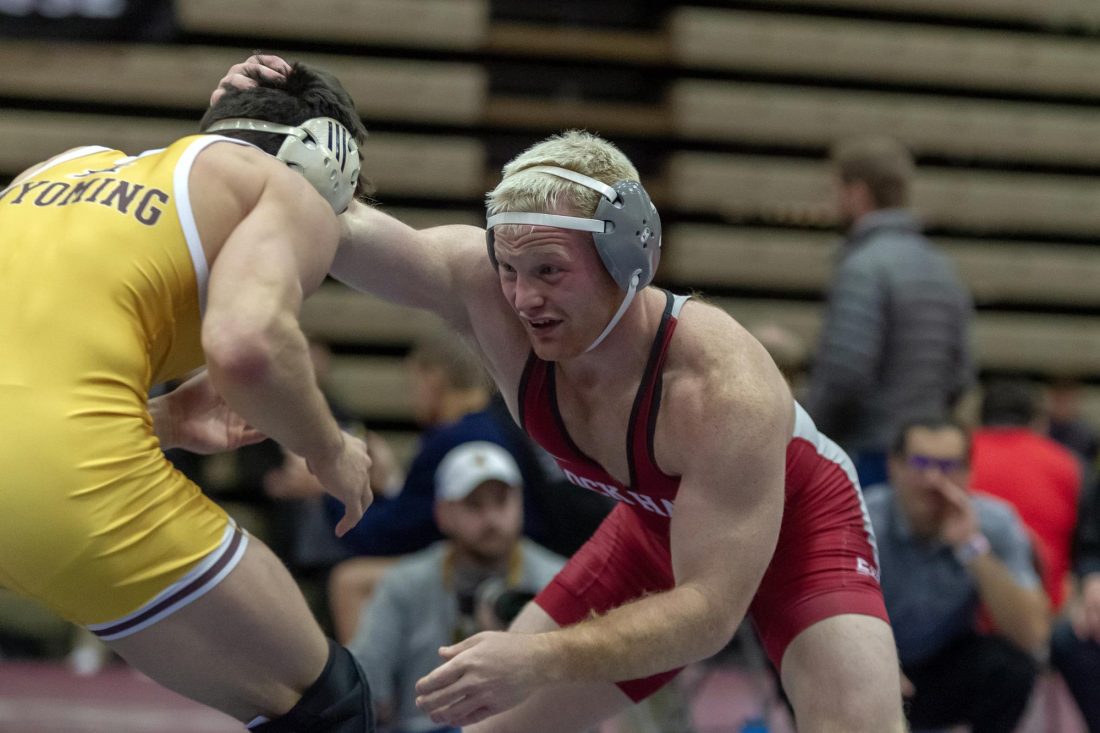 The six Bald Eagles who won EWL titles and earned bids to the championships learned their seeds and first-round opponents when the NCAA released each Wednesday night.

Returning senior All-American Chance Marsteller (22-2) is the highest seeded Bald Eagle. He is fifth at 165 pounds. After finishing fourth at the 2018 championships, Marsteller will start his quest for a higher finish against No. 28 seed Carlson Brolsma (19-10) of Minnesota.

Meanwhile, down the road in State College, the three-time defending champion Nittany Lions learned they had been accorded three No. 1 seeds and three No. 2 seeds as they try to win a fourth consecutive championship and eighth in the past nine years.

Hall (26-0), an undefeated junior, is a two-time finalist and one-time champion. He will meet the winner of a pigtail match between No. 33 Devin Kane (15-13) of North Carolina and No. 32 Jake Covaciu (17-12) of Indiana. Hall will be on the opposite side of the bracket from the man who defeated him in last year’s final, Zahid Valencia of Arizona State, who is seeded third.

After losing in the Big Ten 165-pound final, the junior’s first loss of the season, two-time defending NCAA champion Joseph (23-1) was relegated to the No. 2 seed. The man who beat him, Iowa’s Alex Marinelli, snared the No. 1 seed. Joseph will meet No. 31 seed Evan Delong (16-13) of Clarion.

Despite medically forfeiting to Ohio State’s Myles Martin in the Big Ten final, undefeated (18-0) Rasheed is the No. 2 seed at 184. Martin is seeded first. Rasheed will meet No. 31 seed Kevin Parker (22-11) of Princeton.

Perhaps the most anticipated seeding decision of the 10 weights came at 285 pounds. Cassar (25-1) is seeded second behind Oklahoma State’s Derek White, who handed Cassar his only loss of the season, in January at the Southern Scuffle.

Cassar will meet No. 31 seed Zack Parker (15-12) of Ohio. He could potentially meet Minnesota’s Gable Steveson, the No. 3 seed who Cassar beat in the Big Ten finals and who also handed White his only loss, in the semifinals.

The first round of the NCAA Championships will start at noon March 21.

Complete brackets for all 10 weights can be found at NCAA.com.