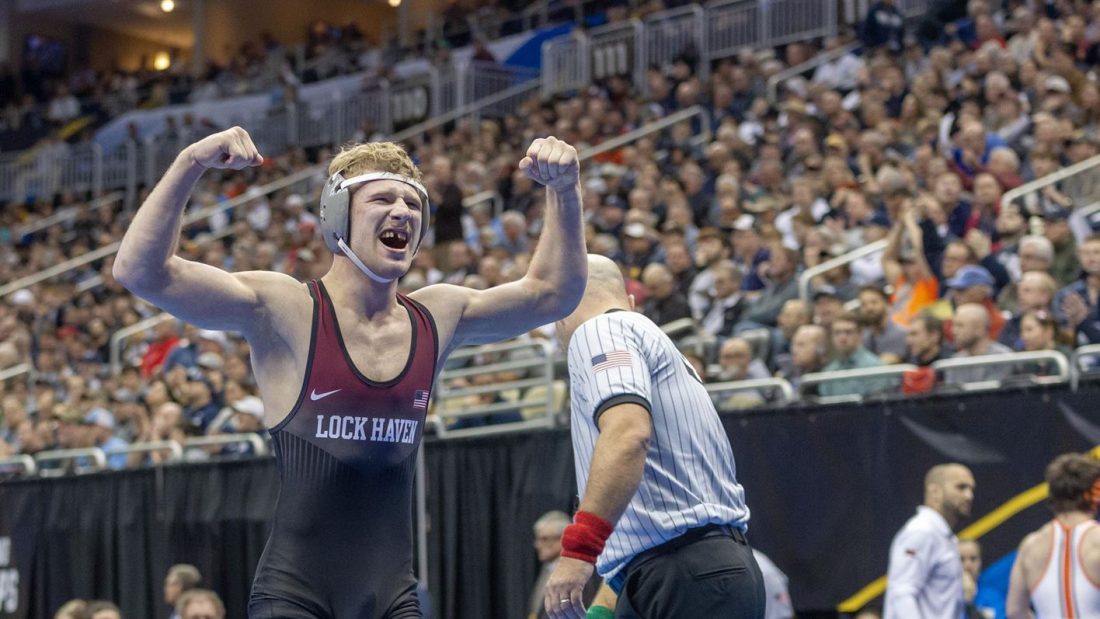 PITTSBURGH- The last two seasons of Lock Haven University wrestling have featured some remarkable results. LHU finished in 18th place at the 2019 NCAA Championships in Pittsburgh, with two wrestlers (Kyle Shoop at 141 and Chance Marsteller at 165) earning All-American status in the process. That’s not too shabby for a small state school in the heart of Pennsylvania.

This now makes for back-to-back years of finishing the year in the top 20 at nationals. That’s three wrestlers garnering four All-America awards (Marsteller and Ronnie Perry finished 4th and 2nd respectively in their classes in 2018).

These achievements mean different things to different people. If you had asked me about all of this just four months ago, I’d certainly find it impressive. But there’s no way I’d be able to marvel at it in the way I am now as I write this from atop the PPG Paints Arena in Pittsburgh with my first season of covering NCAA wrestling coming to a close.

The work that’s put in to sustain this level of excellence is nothing short of unbelievable. But you should believe it. And you should be a part of it if you are not already.

For all the buzz that the top Big Ten schools receive with wrestling, you won’t find a connection between fans and program like you do at Lock Haven. Everyone in the program, from head coach Scott Moore to wrestlers throughout the lineup, make it a point to have a presence in the community. Lock Haven having over 400 fans show up for nationals this year was a testament of this.

Whether you are a fan of wrestling or not, get on board with this team. At Lock Haven you have the ability to see top-tier wrestling within easy driving distance of your home. This will even be more of the case with Lock Haven’s move to the Mid-American Conference (MAC) next year. That means more upper-echelon teams the Bald Eagles get to battle on the mats in dual season.

Sure, from an outside perspective wrestling may seem like a tough sport to pick up on. But trust me, once you start following it, it becomes second-nature.

Just about all of the athletes on Lock Haven’s team come from the Keystone State. Moore and his staff have emphasized recruiting locally. You can support local wrestlers right in your backyard, and see the name ‘Lock Haven’ resonate with wrestling fanatics across the nation.

While Marsteller and three-time national qualifier Thomas Haines will not be back for Lock Haven next year, four Bald Eagles that have gone to the NCAA Championships will return. That group includes Shoop, DJ Fehlman at 133, Alex Klucker at 157, and Corey Hazel at 184. Sophomore Luke Werner came awfully close to earning a spot at nationals at 125 for Lock Haven, and is in good position to take the next step heading into his junior season.

Show some pride in your town. In your region. In Lock Haven University.

Whether you’ve wrestled for 10 years or don’t know a takedown from a tech fall, it’s important to show up and support LHU wrestling as its national rise continues.