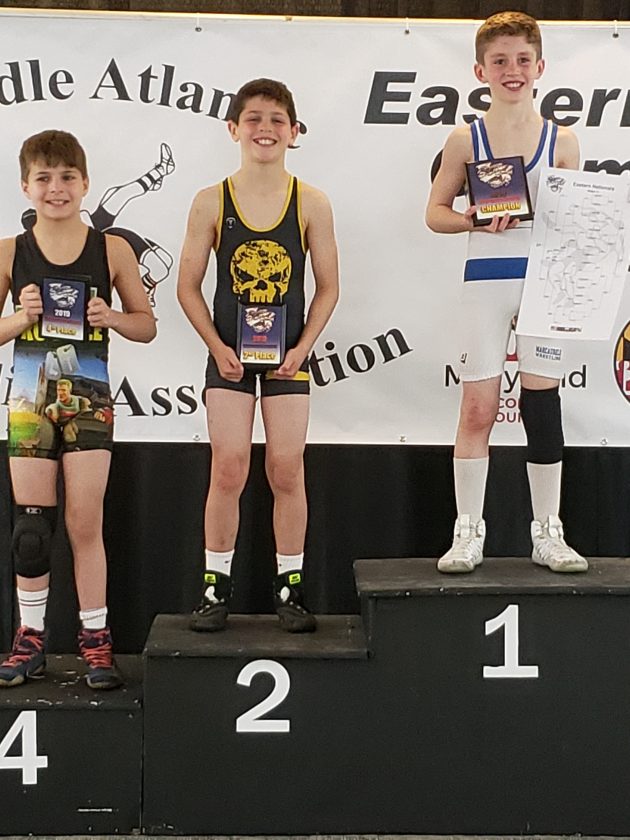 Earlier in May, Aiden Kunes, 9, of Jersey Shore competed at the 2019 MAWA Eastern Nationals in Salisbury Maryland as midget, 75 pounds. After a competitive 3 matches Aiden took Second Place with an All-American status! His quarter-finals match was a 4-2 decision victory. Aiden won by FMC 2-0 in the semi-finals.

In the finals Aiden’s opponent had a take-down in the first period scoring two points. The second period remained neutral. Aiden had a takedown in the third period tying the score 2-2 with 48 seconds left in the period. With 12 seconds left the opponent was able to escape making it a 2-3 loss for Aiden placing him second at the tournament.

Aiden had fans across the country from Arizona to Pennsylvania cheering him on and we are all so proud of him!