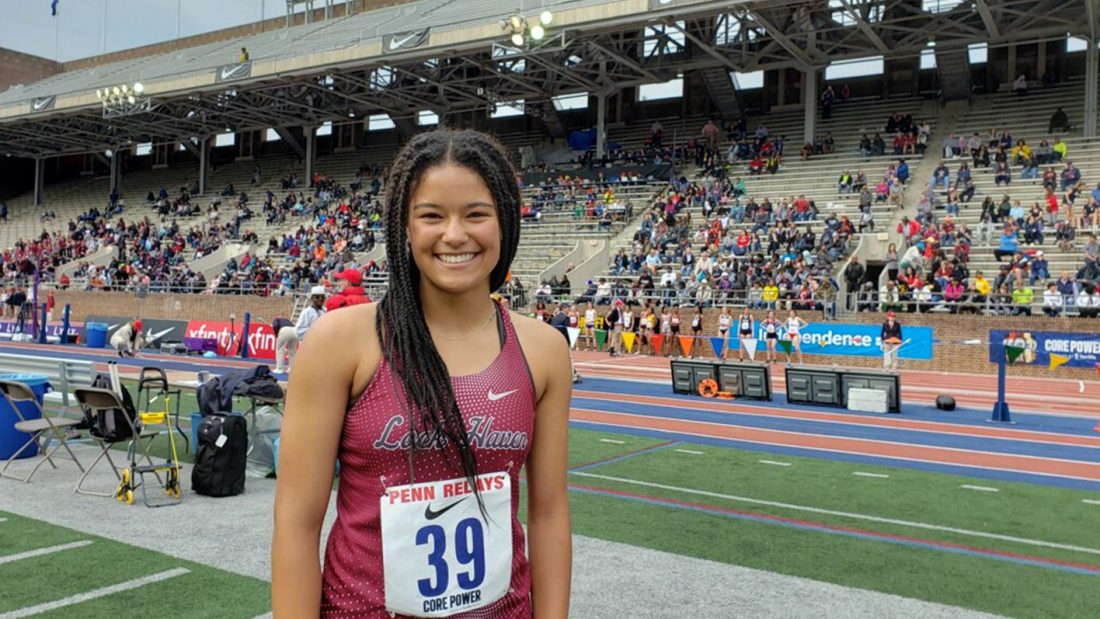 LOCK HAVEN, Pa. – “My adrenaline was pumping, it was my first ever college meet and I’d only been training for three weeks.”

Rookie Karina Long had just completed a grueling season with the Lock Haven field hockey team and had already set her sights on a Bald Eagle record in the long jump.

Long jumped her way to a school record at the Bucknell Bison Opener in the long jump posting a mark of 18-09.25 despite the lack of preparation. Her jump was the top Division II mark at the meet and was also an NCAA Division II provisional qualifying mark.

“Knowing that I jumped that (the LHU record) in my first competition back, it helped me to know that I’d be able to do it again and it was a great motivator for me to improve,” said Long.

Long added to her impressive performance at the Bison Opener finishing third in the triple jump with a mark of 37.03.75, a clear PSAC qualifier.

The true-freshman hasn’t looked back since and soared her way into the NCAA Division II Championships on May 23 at Texas A&M Kingsville. Long is ranked No. 11 ahead of the championships and has improved her school record long jump to 19-07.50.

As a defender on The Haven field hockey team, Long played in 13 games, and became a key member of the Bald Eagle defense.

However, Long wanted even more from her collegiate career and took on the difficult task of becoming a dual-sport athlete.

“I think it’s more fun than a challenge. I’m doing two sports because I couldn’t decide which one I liked better,” added Long.

For freshmen, competing in just one sport, the transition between high school and college can often overwhelm, but Long has taken it in stride and handled the hardships while exceeding expectations in just one year.

“It is challenging in the sense of just being stressful at times,” said Long. “The coaches did a good job at making sure that I could only focus on one sport at a time which made it a lot less stressful on my part.”

Focus she has, most notably, winning a Pennsylvania State Athletic Conference (PSAC) Women’s Field Athlete of the Week for her remarkable efforts at the recent LHU Qualifier. Long set her personal best in the long jump and took first place while also finishing third in the triple jump.

While Long is hungry for more at the upcoming NCAA Championships, her freshman season is already a shining success and a sign of more to come in her career.

The next chapter for Long begins on Thursday, May 23 at 4 p.m. when she competes in the long jump at the 2019 NCAA Division II Championships.