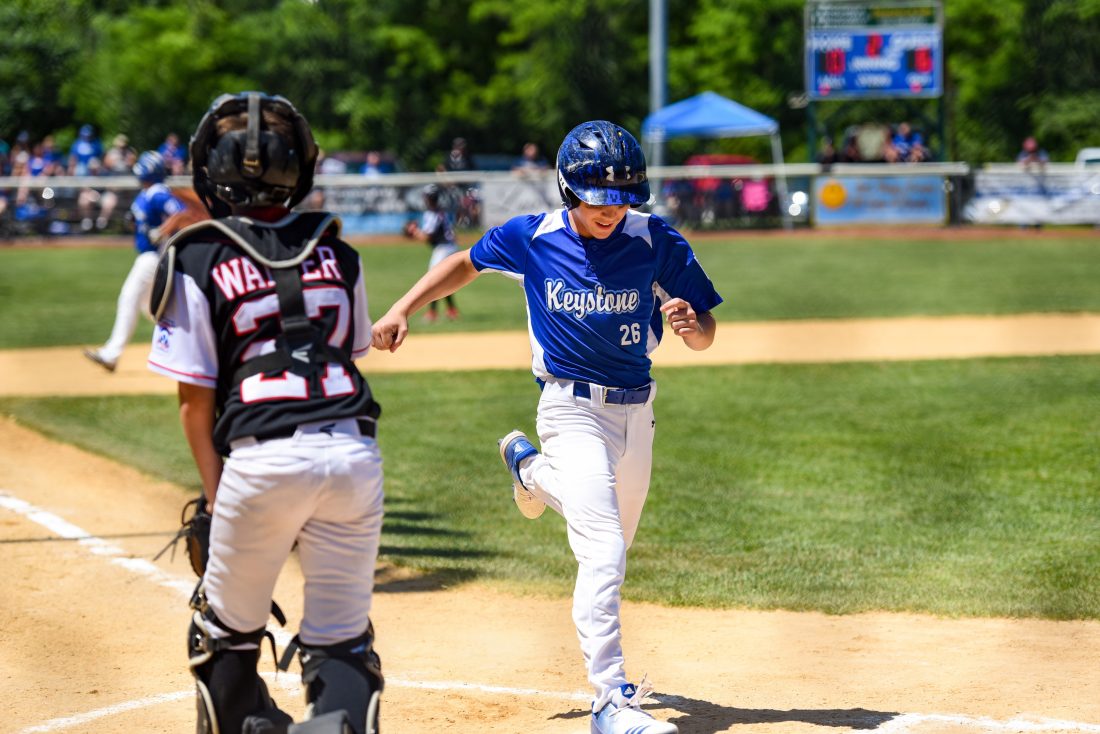 BEECH CREEK – It was an electrifying start for the Keystone Little League All-Star team Sunday as they played host to the Little League District 12 opener.

A 10-run second inning sparked the “Boys in Blue” as they took care of Williamsport, 14-3, in four innings.

Starting pitcher Hart Fletcher Jr. flirted with a no-hitter as he had his curve ball working.

His defense also was strong behind him as they didn’t allow an error in his three full innings of work.

Williamsport broke up the no-no with two outs in the bottom of the fourth.

Offensively, Keystone pounded out 14 hits on the afternoon.

Rounding out the offensive explosion was pinch hitter Donovan Seyler who went a perfect 2-for-2 with two RBIs.

Picking up the only Williamsport hit was pinch hitter Colin Nasdeo. It was an effort the manager Brad Mahoney was very pleased with afterward.

“The team worked hard for a lot of hours during the week. We were a little concerned coming in because we weren’t doing that well in practice at the plate but the kids came to play today and battled and hit very well I thought,” said Mahoney.

As the opening festivities got underway, the District honored last year’s 2018 Pennsylvania State Champion Keystone team as they were honored before the game.

Keystone lost the toss and were set into the visitor slot, despite playing on their home field.

After a scoreless first inning, the group started to sizzle starting with Cole Bailey.

Bailey led off the inning with single into right. He moved up to second on a wild pitch.

Caleb Mahoney singled in Bailey for the game’s first run.

With one out, Gage Luckner walked, putting runners on first and second to set the stage for Kerstetter. He did not disappoint as he slammed his second double, scoring both Luck and Mahoney, making it a 3-0 contest.

Setzler was money as he brought home Kerstetter on an RBI single.

Bryce Brungard singled, as did Jake Weave,r to load the bases.

Fletcher helped his own cause as he made it 6-0 with a two-run single to left.

For the second time in the inning, Bailey got up and like he did earlier he singled. He was replaced by pinch runner Zach St. Clair. He also brought in Fletcher.

Seyler finished up the Keystone scoring as he roped an RBI single to place it at 10-0.

That would be all the cushion Fletcher Jr. would need as he shut Williamsport down without a hit, and posted five strike outs in the three innings.

Keystone added four more in the third to add some more insurance.

After shutting down Keystone scoreless in the fourth, Williamsport battled back off pitcher Brungard, scoring three runs but it was too little too late as the Keystone team will now rest until Friday when they will be playing again.