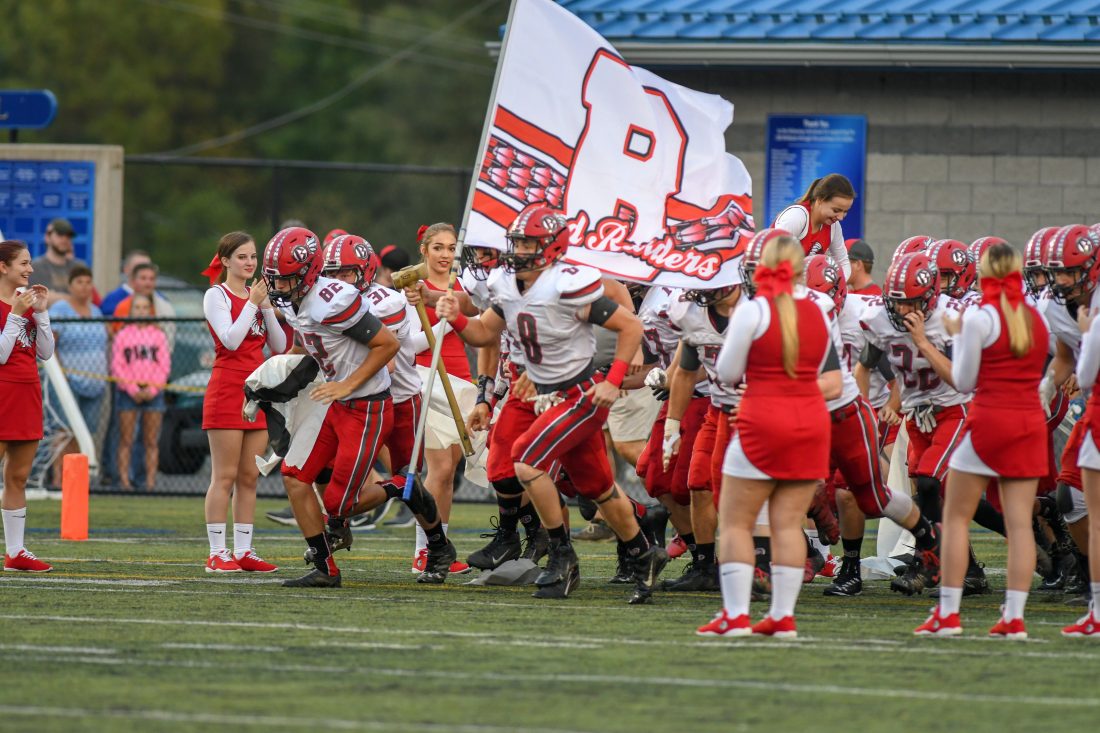 (EXPRESS FILE PHOTO) CJ Funk (8) carries the flag and leads the pack as the Raiders storm the field ahead of a football game last season.

Guiding the Red Raiders this season is junior quarterback Ethan Rossman. Rossman replaces former starting quarterback Kyle Myers as he looks to build off the success he saw in limited reps lasts season.

Senior running back CJ Funk returns after a monstrous 1,475 rushing yards and team-high 19 touchdowns in 2018. The gifted athlete is Bellefonte’s most electric weapon– as he figures to have his name called early and often tonight versus Jersey Shore. Funk rushed for 111 yards and two scores last season versus the Bulldogs. The evening was Funk’s first of nine 100-yard rushing games on the season.

Bellefonte’s defense will be tasked with stopping Jersey Shore quarterback Tanner Lorson, and the one-two punch of running backs Josh Malicky and Dawson Sechrist. Malicky is the Bulldogs’ top-returning runner after gaining 659 yards and seven touchdowns last season in his junior campaign. Sechrist added another 584 yards and two scores on the ground.