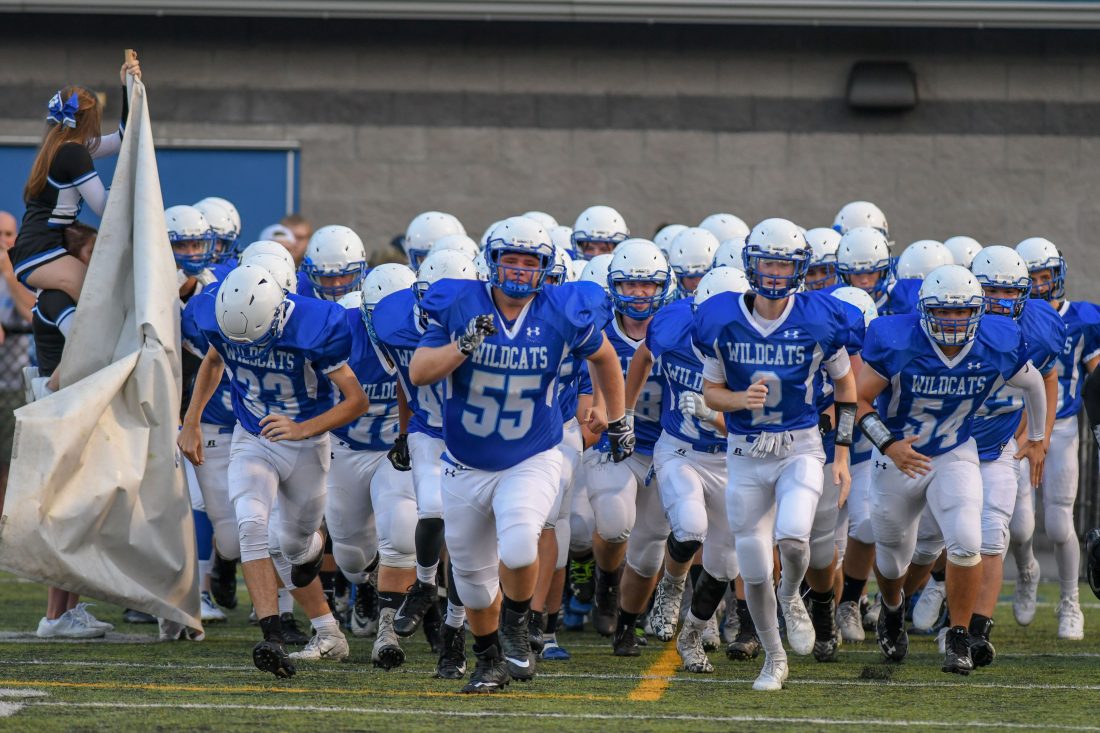 (EXPRESS FILE) Members of the Central Mountain football team storm the field ahead of a high school football game last season. The Wildcats host Williamsport tonight in its season opener at 7 p.m.

The Central Mountain football team opens the 2019 season tonight with a new and fresh mindset, and an approach to change the recent historical narrative of Wildcat football.

The Wildcats enter this season with a clean slate, and a hunger to not only compete, but walk off the field with victories under their belt, something that has been hard to come by for the past few years.

Head coach James Renninger lit a fire under his young men entering the preseason making sure the Wildcats entered this preseason knowing all positions were open for the taking, regardless of experience.

Totaling five wins in the previous three seasons, the wildcats return area passing leader Zane Probst and a receiving core open for the taking to take the star role following the graduation of Collin Jones.

The Central Mountain defense can only improve from last season, and with a multitude of athletes that have succeeded in other sports the drive is prevalent to succeed under the Friday night lights.

Probst will undoubtedly make the plays he’s capable of, but now this season provides an opportunity for a co-star to join the spotlight and spark a fire under a recently underwhelming program, something coach Renninger is more than confident will come to fruition in this 2019 campaign.

“It’s already started, changing the culture and the program. Our commitment is the best it’s been since I’ve been here and that’s just the start,” Renninger said.

“We’re investing in each other, guys are playing for us, and not ‘me,'” he continued. “That’s where it begins, that’s how you change a culture, buying in as a group.”

The Wildcats end their yearly matchup against the Williamsport Millionaires tonight hoping to secure the first win against Williamsport since 2014 and start this season out with a huge win.