Hawaii back to try to defend Little League title 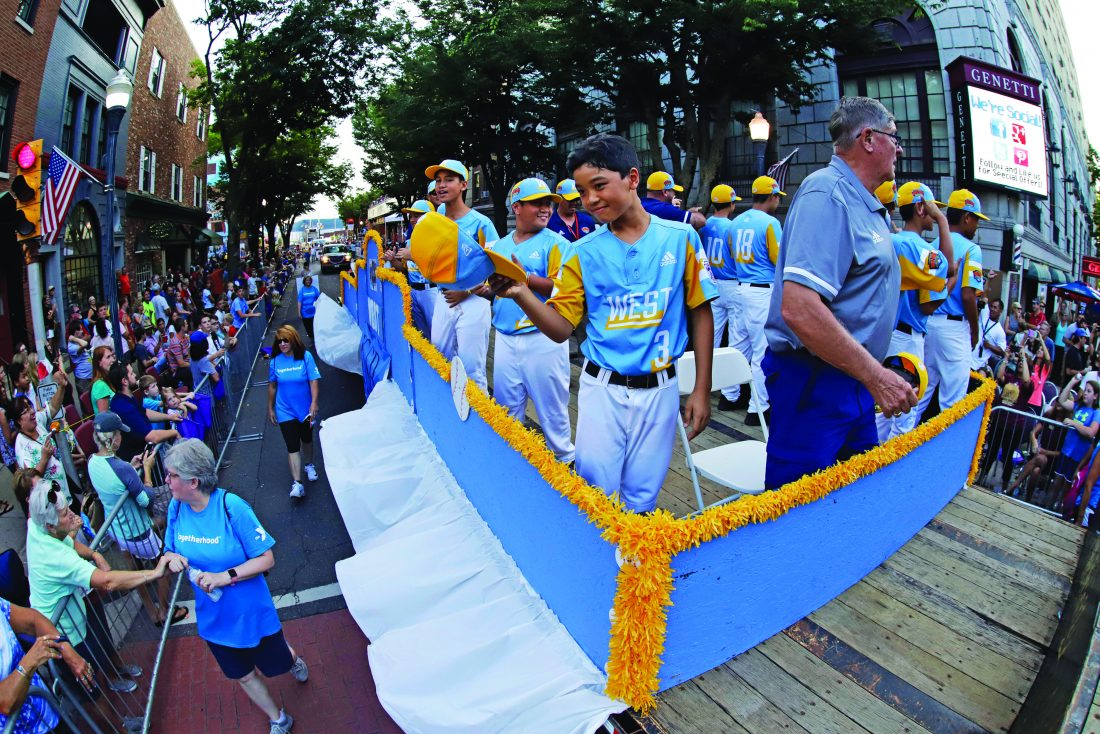 SOUTH WILLIAMSPORT, Pa. — Hawaii sits behind all but 10 U.S. states in population, but when it comes to the Little League World Series, it’s become America’s hottest team.

Since 2005, the islands have claimed three LLWS titles, the most by any state. Internationally, only Japan has claimed more championships in South Williamsport over that time span.

Hawaii will again represent the West Region this year, sending Central East Maui Little League to defend the title won by Honolulu Little League last year. This the first team from the island of Maui to earn a trip to the LLWS.

Some of the biggest names in Hawaii sports have taken time to express their support.

“It makes me feel proud for our state,” Hawaii player Kaleb Mathias said.

Where baseball seems to be trending toward power at every level, Hawaii hopes to win with fundamentals.

More than 4,700 miles from their practice field at home, which didn’t even have a backstop until this team purchased a makeshift one, the players drilled with a sense of urgency, knowing they play the game differently than last year’s Honolulu team, which Lung said relied on its stars for dominant pitching and big hits.

If this team claims a title, it will have to take a different path.

“There’s no stars,” Lung said. “Everybody just plays well together. Last year, everybody could see, Honolulu had studs.

Hawaii’s practice was noisy Wednesday, with each of the team’s three coaches making a correction or yelling instructions on almost every single play.

“Ball first,” ”footwork” and “accuracy” were common refrains. They won’t outslug anyone, Lung said, so the players must master the little things.

It’s a different brand of baseball than the one that has been widely adopted recently, a throwback to an era when striking out was a sin and home runs were less plentiful.

Hawaii had 36 hits over the course of four games in the West Regional, with only two of them leaving the yard. On the field, they committed just three errors as a team. By contrast, their opponent in that regional final, a team from Arizona, made 12 errors in five games.

“At this young age, a lot of people, they play power ball, they hit the longball and stuff like that,” Lung said. “That I can see, once you get to that level. But how are you going to get to that level if you don’t improve and do well at this level?”

Lack of longballs aside, Lung is happy and proud of his group for making it this far, and for elevating a sense of pride in Hawaii baseball that would only grow more if this group were to make another deep run.

“I think anybody would say that’d be awesome, very big for the state,” Lung said. “Just coming here back-to-back (years) is really an eye-opener for everyone in the world.”

The team from Bowling Green, Kentucky, representing the Great Lakes region, will draw a bit of added inspiration from the jersey they carried around during the LLWS Opening Ceremony. Mason Goodnight, who died at the age of 10, played with this group. His father, Jef, is an assistant coach.