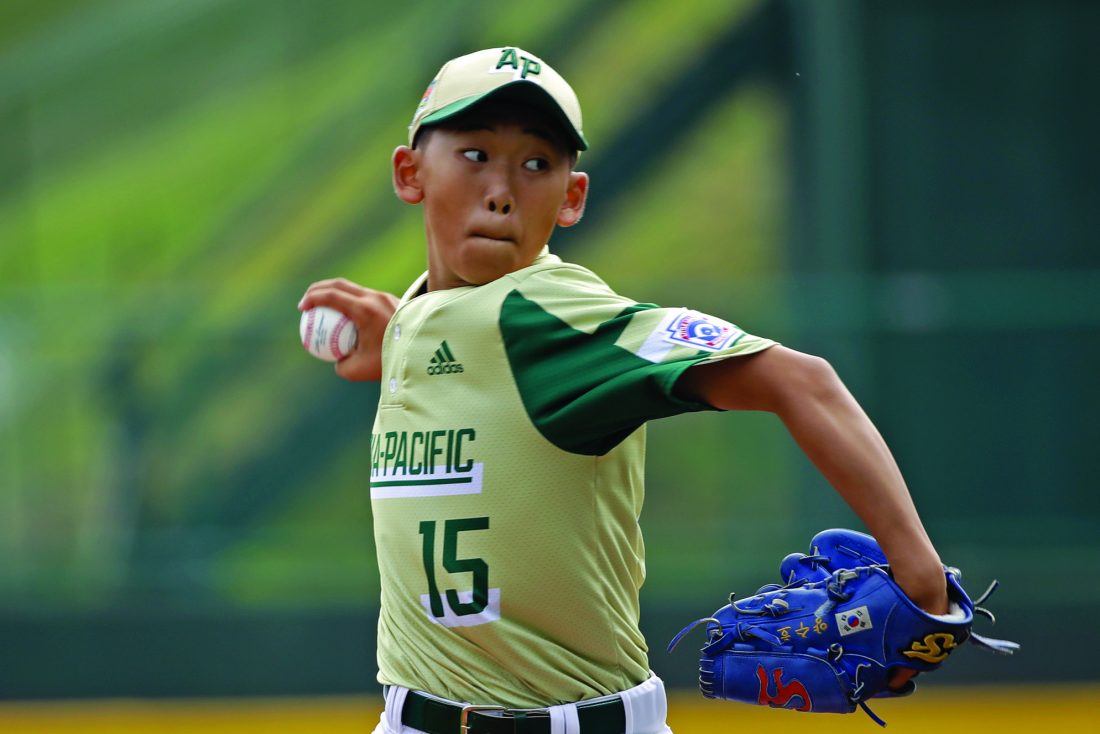 Here is a closer look at South Chungcheong, South Korea’s 4-0 win over Willemstad, Curacao on Sunday at Volunteer Stadium.

PLAY OF THE GAME: Third basemen Deshandro Tromp from Curacao made a leaping catch with runners on the corners and two outs to keep South Korea from scoring in the first inning.

CURACAO PLAYER OF THE GAME: Pinch hitter Peson Revierre came in during the sixth and started with a leadoff single to eliminate the no-hit bid by South Korea.

SOUTH KOREA PLAYER OF THE GAME: Pitcher Suho Yang threw three brilliant innings, striking out three batters in three innings and not allowing a hit. Yang will be eligible to pitch in South Korea’s next game.

BIG INNING: South Korea broke through in the fifth inning by scoring three runs. Pitcher Jinwon Na got walked then Been Hyun got it started with an RBI single. Two batters were then walked, which loaded up the bases for South Korea. What looked like a double play ball was thrown into the outfield and caused two runners to come in to score which made it 4-0 South Korea. Curacao was unable to get the runs back in the sixth inning.

BEST EFFORT: Minwook Park got hit by a pitch twice, but each time he just rubbed it off and kept battling and was sensational at shortstop. Park made numerous stops at short and also came around to score the game’s first run for South Korea.

FLASHING LEATHER: Deshandro Tromp made a leaping catch that was hit very hard by Korean outfielder Hyeonjin Lim that saved two runs and kept Curacao in the game.

HOME RUNS: There were no home runs in this game.

WHAT THE ADULTS SAY: “We need to continue and work hard and focus on the next game,” South Korea manager Minho Lee said.

WHAT THE KIDS SAY: There were no kids available to speak with media after the game.

WHAT IT MEANS: South Korea moves on to play Japan in the winners’ bracket final Wednesday at 3 p.m. at Lamade Stadium. Curacao will play Canada today at 6 p.m. in an elimination game at Volunteer Stadium.