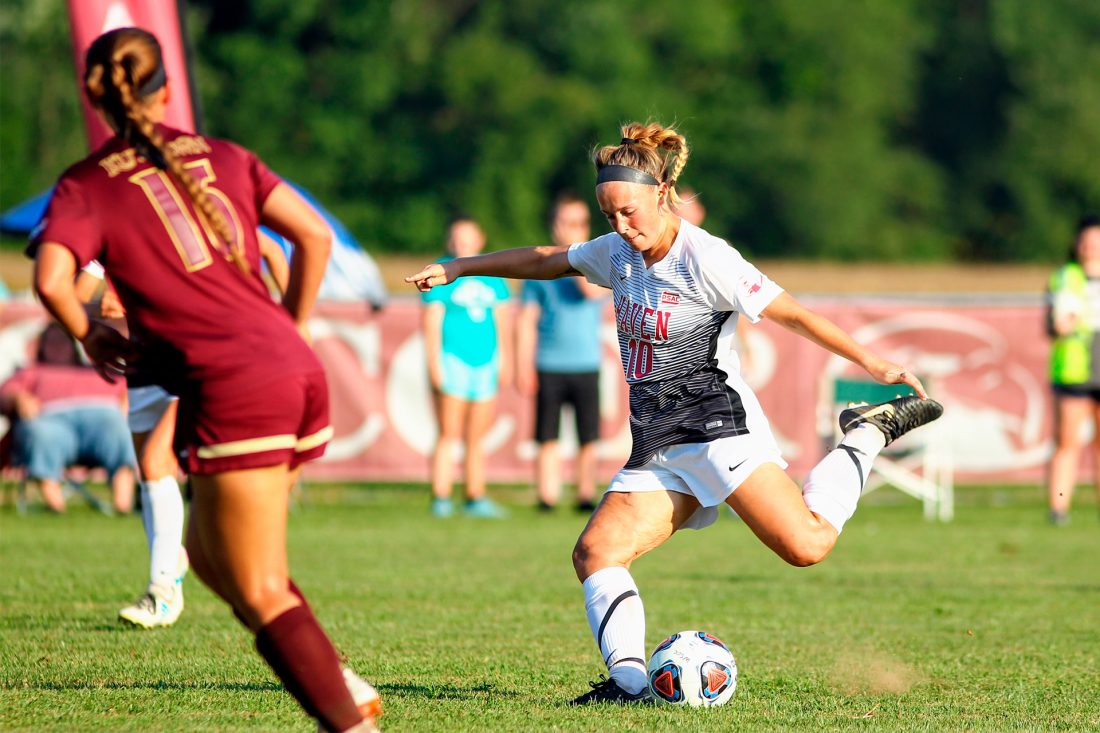 2018 was a historic season for Lock Haven women’s soccer. The Bald Eagles punched their ticket to the Pennsylvania State Athletic Conference (PSAC) playoffs for the first time in 12 seasons. Under Kathy Brown, the team went 11-5-1, with an 11-4-1 mark in the PSAC.

With Brown’s resignation in May due to her husband taking a coaching job closer to their family, LHU hired new coach Maggie Kuhn. She comes to Lock Haven with 14 years of collegiate coaching experience, including the last seven as the head coach at National Association of Intercollegiate Athletics (NAIA) school Point Park University.

Kuhn’s team will look somewhat different, with Lock Haven losing some key cogs from last year’s team. That group of graduated players is headlined by all conference performers Jordan Shoff and Ella Jones. Shoff was a defender while Jones was a midfielder on last year’s team. Local product Bree Hilty, a Central Mountain graduate and longtime goalie on the LHU women’s soccer team, also moves on. However, what LHU brings back is still incredibly promising.

Led by All-American forward Marah Foltz, Lock Haven has some seniors that were major contributors on the team that had such a remarkable 2018 campaign. Foltz’s 17 goals tied for the most ever in a single-season at Lock Haven, giving her Atlantic Region and PSAC Player of the Year honors. Senior forward Haleigh Swam finished seventh in the conference last year with nine goals. That Foltz-Swam duo could be the most fearsome one in the conference in 2019.

The Bald Eagles still return a good chunk of their starters from 2018, as they look to navigate the always-loaded PSAC. They’ll kick off the 17-game season Sept. 8 vsersus Mercyhurst in what will be deemed a non-conference game. The rest of the contests will count toward the conference standings. LHU opens the season with three home matchups, as Shippensburg and Millersville come to town Sept. 14 and 18 respectively.

LHU plays at home nine times in all, splitting games between the grass Stern Athletic Complex and the turf of Hubert Jack Stadium. Seven of the nine home meetings will be played at Stern, with an Oct. 2 clash with Shepherd and a Nov. 9 senior night contest against Mansfield being part of the schedule as well.

The Bald Eagles certainly have some notable changes from the 2018 team, but this squad has a real opportunity to build on the foundation that already been laid out.