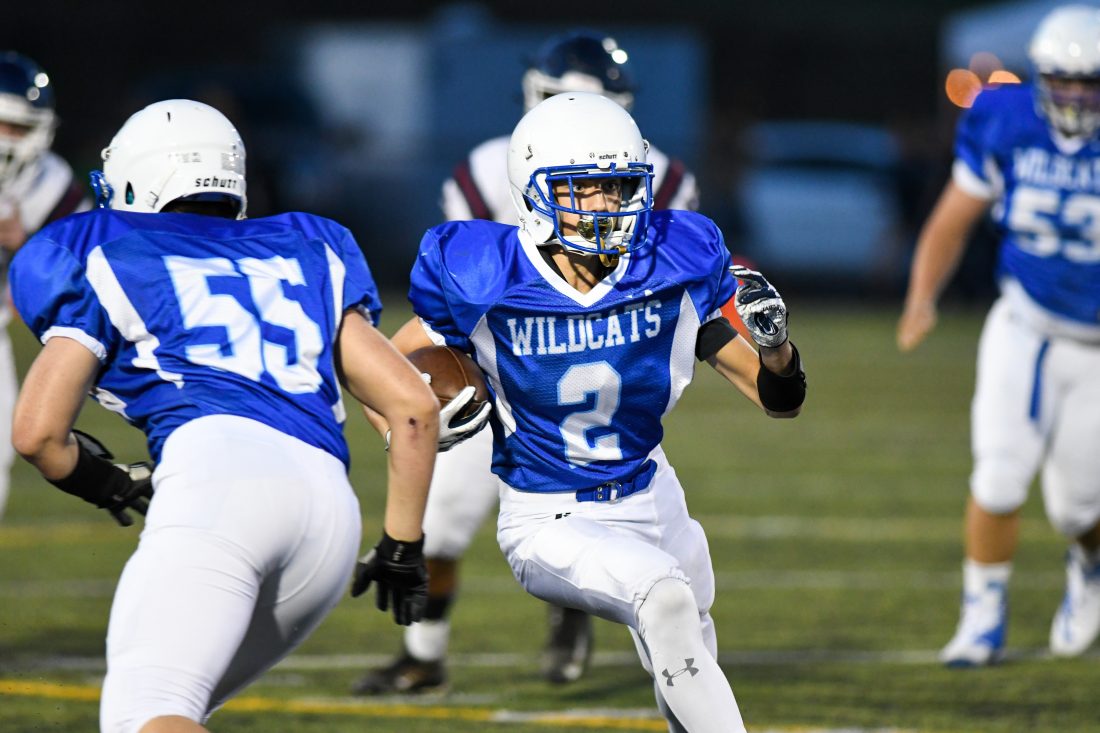 Most people and teams have had those days or even weeks that they would probably rather forget. Surely that was the case with a number of the Central Mountain sports teams last week. On the plus side, homecoming week provided some happy moments that will serve as fond memories in the future for others. Tennis and golf had productive weeks. As for the soccer and football teams, last week was one to forget.

First, we’ll start with the not so memorable moments of the past week. For the girl’s soccer team it was a rough one. After playing competitively throughout much of the first half against Williamsport on Monday, the floodgates opened and the Millionaires routed CM by a count of 7-0. On Wednesday, they traveled to Mifflinburg for a battle of the Wildcats. A battle it was not. Simply put, CM was dominated in all aspects of the game and lost 6-0. So yes, last week was one to forget for coach Jeff Brinker and his team who continue to look for consistency of play. Growth is a necessity for this relatively young group. Realizing it in the later portion of the season will be the goal.

For the boy’s soccer team, it was a lite week. Playing just once, at home against Hollidaysburg on Tuesday, the ‘Cats dropped a tough 1-0 decision. With the loss, coach Billy Hook’s squad dropped to 5-6 on the season. Coach Hook knows his team is capable of winning on a consistent basis. However, in order for that to happen, he realizes that they must play a full 80 minutes.

Friday night featured a matchup of two 0-5 teams as CM hosted Shikellamy at Malinak Stadium. There was much excitement and anticipation that this could be the night that CM would get its first win of the season. However, it was not to be. CM opened the game by twice driving fairly deep into Shik territory but on both occasions came away empty after turning the ball over. Shik would then take a 14-0 lead on a couple of big plays and from there it was all-downhill for the Wildcats as they were routed 50-14. Aside from a 70-yard reception and score by Conner Soo and a 77-yard run for a score by Ryan Pentz, this was a disappointing performance from the Wildcats. QB Zane Probst did became the all-time CM passing leader eclipsing the record previously held by his current position coach, volunteer Sean Hanna. Few who watch the ‘Cats on a weekly basis will question their overall effort. However, unfortunately that effort has not resulted in a win to this point. Is a win coming? The schedule doesn’t get any easier.

The volleyball team was in action twice. On Monday, they traveled to Bellefonte and lost a tight contest by a 3-2 score. The next evening they were in Boalsburg to take on St. Joe’s Academy. The final in that matchup was favorable to CM as they won 3 to 0. Coach Scott Garman feels that his team is struggling a bit right now, as they appear to be in a bit of a mid-season slump. However, he was pleased with the victory at St. Joes because he said it offered his team the opportunity to get everyone in the contest and be part of a win.

The girl’s tennis team continued their dominance over PHAC opponents as they defeated Selinsgrove by a 5-0 score on Wednesday. With the win, coach Pete Wert’s team improved to 12-2 overall including a perfect 10-0 in league play.

Boys and girls cross-country hosted their only meet of the season on Wednesday in Lockport on the course around the West Branch fields. It was a pretty good day overall for the CM runners as seven boys and ten girls set personal records in the meet. On the boy’s side, it was Michael Cashwell finishing first followed by teammate Bryce Gray who trimmed nearly a minute off of his previous best time. For the girls, it was Gianna Dressler who also cut about a minute off of her best time followed closely by Maddie Jones. As a team, the boys defeated Montoursville and Bloomsburg while the girls topped Bloomsburg.

Golf’s success continues. On Thursday, CM teammates Jason Floruss and Brady Williams punched their tickets to districts as they finished 7th and 9th overall at the sectional tournament at Sinking Valley Country Club. Floruss shot an 83 while Williams was right behind with an 84. Both golfers will be in action at the district tournament at Scotch Valley Country Club in Hollidaysburg starting tomorrow morning.

Team of the Week: Girls tennis is the pick. They are still perfect in the PHAC. Too many other teams struggled last week to be considered.

Athlete of the Week: Kendall McCluskey leads the way for the netters from her No. 1 position in the lineup. Therefore, she gets the nod this week. Floruss and Williams are worthy of note as well. Should either win a district championship this week, you will be sure to see them here next week.

Alumni News: Erin Reese won Landmark Conference Cross Country Athlete of the Week honors on Sept. 23 for her impressive performance at the Lock Haven Invitational held last Saturday, Sept. 21. Standout CM tennis player and sister of Kendall, Jolee McCluskey, is a sophomore on the Rensselaer Polytechnic Institute roster. Sloane Tressler has started all 7 games thus far for the 2-4-1 Lady Wildcat soccer team at Penn College of Technology. Sadie McCaleb has played in 10 games, starting 2 for the 10 and 1 women’s soccer team at the Naval Academy.

Alumni basketball game organizer, Avery Baker is looking for a few more good men and women to complete the rosters for the games on Nov. 16. Having received several requests to open the spots up to alumni from parent schools, BEN, Lock Haven and Sugar Valley, the decision has been made to do just that. Also, now being welcome to register are graduates from the classes of 2017-2019. Any basketball alum from CM, SV, BEN or LH interested in claiming one of the few remaining spots on either the men’s or women’s rosters should email sbaker@kcsd.k12.pa.us ASAP to request a registration form. Spots are limited to 20 men and 20 women. Event t-shirts are now available for order. For ordering info, email the same address as stated.

Looking Ahead: Numerous teams will be looking to rebound from a rough week. Girl’s soccer is home on Tuesday to take on Milton and again on Saturday to battle BEA. The Volleyball team will see plenty of home cooking this week as they host matches on Wednesday, Thursday and Saturday when they take on Shamokin, Hollidaysburg and Dubois respectively. Boy’s soccer hosts Mifflinburg on Wednesday. Tennis welcomes two opponents to the Gibson Courts this week, Williamsport today and Milton on Thursday. Finally, the football team hits the road to Hollidaysburg looking for a win on Friday. Take an opportunity or two this week to get out and support the teams.