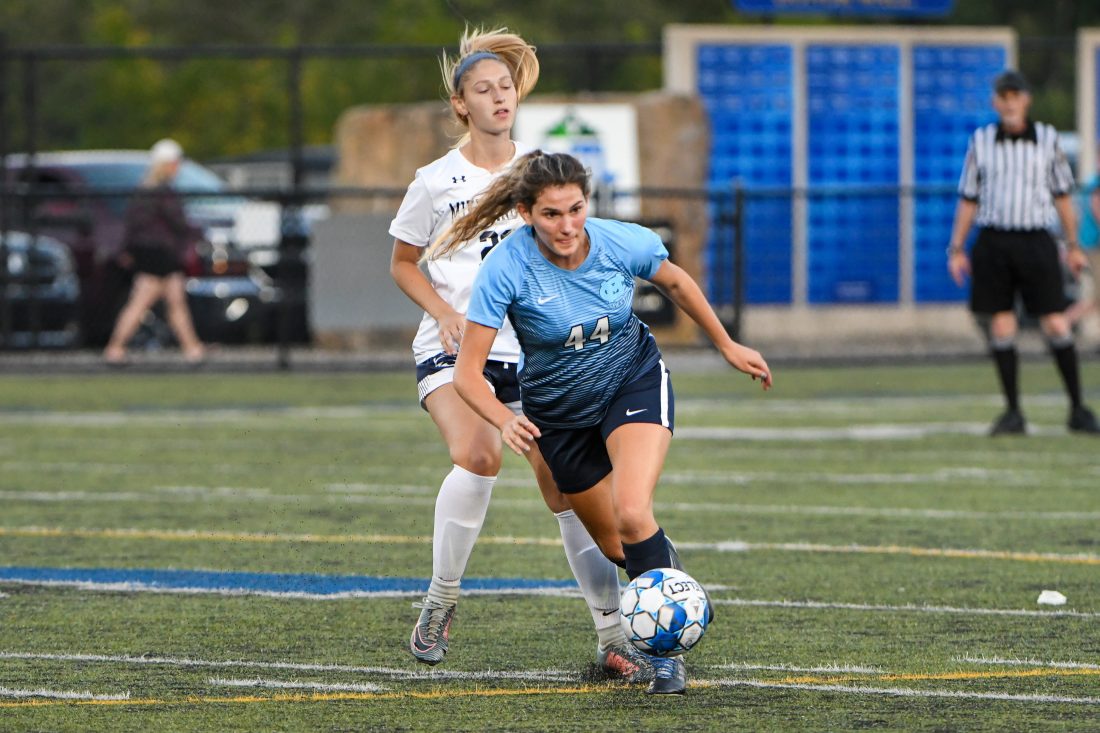 The first full week of the fall sports season is now in the books. A busy and eventful week it was. Let’s get to the action.

We usually don’t start this column with a football recap so hey why not; let’s do just that for once. The Wildcats hosted Shamokin on Friday night in what turned out to be a slobber knocker of a game. CM jumped on top 7-0 less than one minute into the contest on a big strike from quarterback Zane Probst to slot receiver, Rocco Stark. The quick score had fans thinking that perhaps they were in for a shootout. That was not to be the case. Instead, the two teams limited the other’s ground game all night thus forcing the opposing quarterbacks to attempt passes more often than not. However, both quarterbacks faced intense pressure from the opposing defenses all game long. After being shredded a week ago at Lewisburg, the Wildcat defense stood tall in this one, limiting Shamokin to a lone touchdown on Friday night. The difference in the game was ultimately a defensive score by the Indians in the third quarter, a fumble recovery and run to the house. Neither team was able to dent the scoreboard after that and the game ended 12 -7 in favor of the visitors from Coal Township. The’ Cats were surely competitive but ultimately unable to make that one play to get them over the top. It was a heartbreaking loss but one that gives the Wildcats and their fans hope moving forward. Looking closely at what was happening down on the field it is easy to see that coach Jim Renninger and his staff are making adjustments from both a personnel and schematic standpoint in an attempt to find a solution for the Wildcats that will ultimately lead to victory. Will those changes pay dividends? Keep watching.

Girl’s soccer played twice. Jeff Brinker’s squad showed flashes of quality play in both games, Tuesday at Milton, a 4-1 loss and Wednesday at home against Mifflinburg, a 4-0 loss. However, a lack of aggressiveness to the ball on too many occasions ultimately doomed the Cats. Now 0-3 on the young season, Brinker will continue to work toward promoting aggressive play from his charges. Getting his squad to play aggressively on a consistent basis is surely a goal of the coach and one that promises to lead to better results for this team as the season progresses. This team has some potential but to think that it is not going to take some time for it to be realized would be denying reality.

Volleyball was in action just once last week, a Tuesday matchup with Penns Valley at Central Mountain. After dropping the first two games of the match, CM regrouped and came roaring back to defeat the Rams in a thriller, 3-2. This is the type of match and victory that can go a long way in propelling a team to a strong season. Given that it happened so early on is the best news of all.

Girls Tennis kept to their winning ways as they won two PHAC contests. On Tuesday, coach Pete Wert’s netters beat up on Selinsgrove by a 5-0 count before dispatching of Williamsport by a 4-1 score. Simply put, PHAC teams have been little competition for CM to this point in the season. Can that continue? Can CM ride the wave of PHAC dominance and find success against the big guns in District VI? Keep a watchful eye for the answers to those questions.

The other team that continues to do a lot of winning is golf. The men of the links are now 17-3-1 on the season after going 3-1 on Wednesday in a PHAC match at White Deer. The lone loss was by two strokes to Montoursville while the victories came against Williamsport, Shikellamy and Selinsgrove. Brady Williams led the Wildcats with a 9-hole score of 42. On Thursday, Coach John Lodek’s boys went 1-1 at Clinton Country Club as they defeated St. Joe’s but were bested by Altoona. Jason Floruss led the Cats with a low of 87 for his 18-hole round.

The boy’s soccer team is fun to watch. That’s right, even if you don’t like soccer but appreciate kids playing hard, this team is for you. They challenge every play, every ball. That is the style of play that this writer and coach loves to see regardless of the sport. As for their contests last week, they defeated Shikellamy twice while losing a hard fought contest to Danville.

Finally, cross county competed just once last week, a Tuesday meet at Warrior Run with Hughesville joining in. Top finishers for the Wildcats were Michael Cashwell on the boy’s side and Fatima Kaba on the girls.

Team Of The Week: Golf and Tennis make this hard on me every week. This week is no exception. They could be my picks; however, I’m giving the nod to the boy’s soccer team. I love the intensity and I’m rewarding it here. Keep it up gentlemen.

Athlete of the Week: There are a number of possibilities here. My choice, Wildcat defensive back, Kaden Falls. Kaden had two picks to back a solid overall defensive effort for the football team against Shamokin. A tip of the cap here goes to the entire Wildcat defense on Friday night in what was perhaps the best defensive performance from the Cats that we’ve seen in recent memory. Additionally, an acknowledgement of the warrior like performance of quarterback. Zane Probst who was under siege all night on Friday yet was able to escape the rush more often than not to complete some passes as well to break a couple of runs to keep his team’s chances alive.

Hall of Fame shout-out: Congratulations to the newest members of the Central Mountain Sports Hall of Fame that were inducted prior to the game on Friday night. The honorees were Emily Williams, Jackie Rodabaugh and one whom I had the privilege to coach on the basketball court, Cole Renninger. Many sports accomplishments were announced for each of these individuals on Friday night. What was not mentioned was that they were each truly the dictionary definition of Student-Athlete. Each is well deserving of the honor. Speaking of alumni, Laurel Moyer a current member of the LHU cross-country team placed first in the Dolan Duels as Lock Haven University ran against Penn State. Laurel became the first LHU runner to ever win a Dolan Duels title. Elsewhere, Sadie McCaleb, a freshman at Navy is finding herself in the middle of the action for the women’s soccer team. Sadie has thus far played in five of her team’s six games, starting one.

Looking Ahead: A busy week is on tap for CM sports. In addition to all of the varsity action this week, there is plenty of junior varsity and junior high action on tap as well. Pay close attention to the girl’s soccer game tonight at home against Shikellamy as well as the boy’s game Thursday on the Malinak turf vs. Selinsgrove. The Wednesday volleyball match with Philipsburg-Osceola should be a good one as well. Finally, the football team hits the road on Friday at Bellefonte. It will be a tough task for the Wildcats but are they ready to break through? We shall see. Enjoy the games and matches.