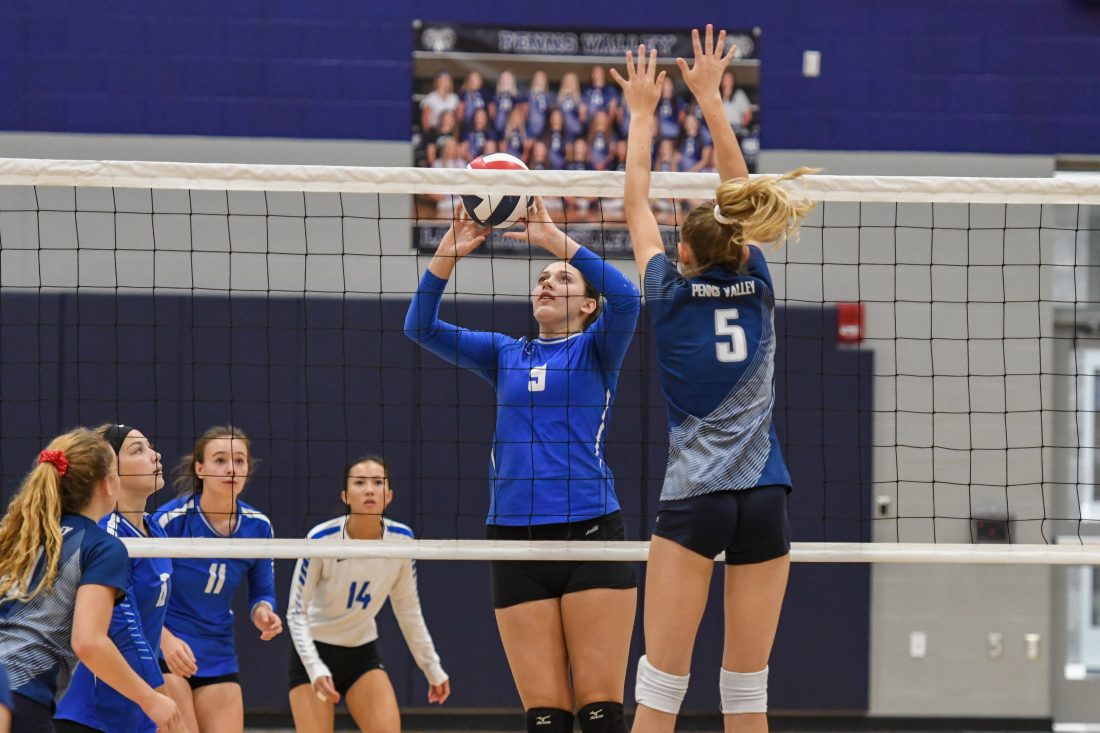 The Central Mountain girl’s tennis team won the PHAC championship. Their 4-1 victory over Milton on Thursday ran their season record to 13-2 overall and a perfect 11-0 in conference play. Earlier in the week, they had beaten Jersey Shore by a 4-1 score.

While the golf team has completed competition for the season, Jason Floruss and Brady Williams competed in the District VI tournament at the Scotch Valley Country Club on Tuesday. Both golfers were solid as Floruss shot a 78 and Williams an 84 for their respective rounds. Floruss’ score, which was just two stokes off the pace, was good for 4th place thus earning him a district medal. The action completed another highly successful campaign for the Wildcat golfers that saw them finish once again as PHAC team champs.

For the boy’s soccer team, it was a week without offense. On Monday at Danville, the boys lost by a score of 4-0 before returning home on Wednesday to tie Mifflinburg 0-0. Coach Billy Hook knows that his squad has the ability to play with the top teams in the PHAC, but first they must find some offense in order to beat them, specifically the second year head coach said, “We are right in the middle of the PHAC standings and 2nd place in the district. We are focusing on scoring right now in practice as we have struggled lately to put the ball in the net.”

Speaking of having difficulty putting the ball in the net, the girl’s soccer team can relate. Unfortunately though, offense was not the only problem for the athletes last week, as defense posed a major challenge as well. On Tuesday, they surrendered six goals in a 6-1 loss to Milton at Malinak Stadium. Then on Thursday at Shikellamy, Coach Jeff Brinker’s squad surrendered seven in a shutout at the hands of the Lady Braves. Finally, on Saturday at home, BEA defeated them 3-0. A big issue throughout the season for CM has been their inability to play consistently as they commonly can go spurts where they look very solid and then suddenly collapse. Coach Brinker has two weeks remaining in the season to continue to attempt to grow his squad as they look toward the future. A positive for Brinker and the program is the performance of the junior high squad this season. That squad closes out their season this week but thus far has played to an 8- 2 record.

The cross country runners were in action just once last week, a Tuesday meet at Williamsport against the home squad, Shikellamy and Selinsgrove. Michael Cashwell was the first Wildcat boy to cross the finish line followed by Gino Serafini. On the girl’s side, it was Fatima Kaba followed by Gianna Dressler. Gianna’s younger sister, Sophia competed in the Middle School Invitational in Lewisburg on Saturday morning and earned a medal by finishing in 17th place overall. Watch for her to make an impact at the senior high level next season.

It was a 2-2 week for the volleyball team. Back to back wins over Penns Valley and Shamokin to begin the week had the CM squad thinking big. However, after winning the first game of their matchup with District VI foe Hollidaysburg on Thursday, coach Scott Garman saw his team drop the next three games to lose the match 3-1. On Saturday, they finished the week hosting DuBois looking to rebound from Thursday’s set back and finish off a solid week with a victory. However, it was not to be as they lost to the Beavers 3-0. CM has proven that they are capable of winning matches on a regular basis but are still searching for that consistency necessary to defeat the better programs. One thing is for sure, the team has become more athletic and it’s a safe bet that will occur soon. This is a young team that should only get better. Good things are in store for this bunch of Wildcats.

The football team had a rough go of it on Friday night in Hollidaysburg against a strong Golden Tiger squad. The Wildcats did find the end zone three times in the contest. Offensive touchdowns from starting tailback Ryan Pentz and back-up quarterback Brett Gerlach as well as a defensive pick six by Ronnie Petrichko saw the Wildcats score 19 points in the contest. Unfortunately, the Golden Tigers dented the scoreboard for 41 points and cruised to the win. CM, now 0-7 on the season faces the challenge of a remaining three games against quality opponents as they look to avoid a winless season. One of the few things that can be relatively assured is that the ‘Cats will play hard in an attempt to get win No. 1. Can it happen? Anything is possible.

Team of the Week: Hey look, the tennis team wrapped up a PHAC championship last week. Of course, they are my choice. Championships matter.

Athlete of the Week: A name that keeps regularly appearing near the top of the leaderboard at the end of each cross-county meet is Fatima Kaba. Just a freshman, Fatima is my choice this week. Look for big things from her over the next few years for the Wildcats.

Alumni News: Lock Haven University standout runner, Laurel Moyer kept up her string of impressive finishes as she ran to a 16th place overall finish at the Paul Short Invitational hosted by Lehigh University on Saturday. The finish was quite impressive considering there were 328 runners competing in the Brown 6K race. Competing in the same event but in the White 6K group was Susquehanna University runner, Erin Reese. Erin crossed the finish line in 6th place. It was truly an impressive day for those two former CM standouts.

Pre-order t-shirts for the first ever CM alumni games are now on sale. Anyone interested should send an email of interest to sbaker@kcsd.k12.pa.us. The games featuring alumni from CM, BEN and Lock Haven are scheduled for Nov. 16. Roster spots are still available for both the men and women’s games. If interested, contact the same email address.

Looking Ahead: Two big PHAC games for the boy’s soccer team. On Monday, they will travel to Selinsgrove before hosting Jersey Shore on Wednesday.

Girl’s soccer senior night is Tuesday when they host the Selinsgrove Seals.

Volleyball plays host to Bellefonte and Wellsboro this week on Wednesday and Saturday respectively.

The girl’s tennis team hosts their final regular season matches this week on Wednesday against Williamsport and Thursday against Tyrone.

Finally, the football team hits the road to take on Selinsgrove on Friday evening. Believe it or not, the fall sports season is already in its latter stages. Get out and check out a few events this week while the weather is still nice.