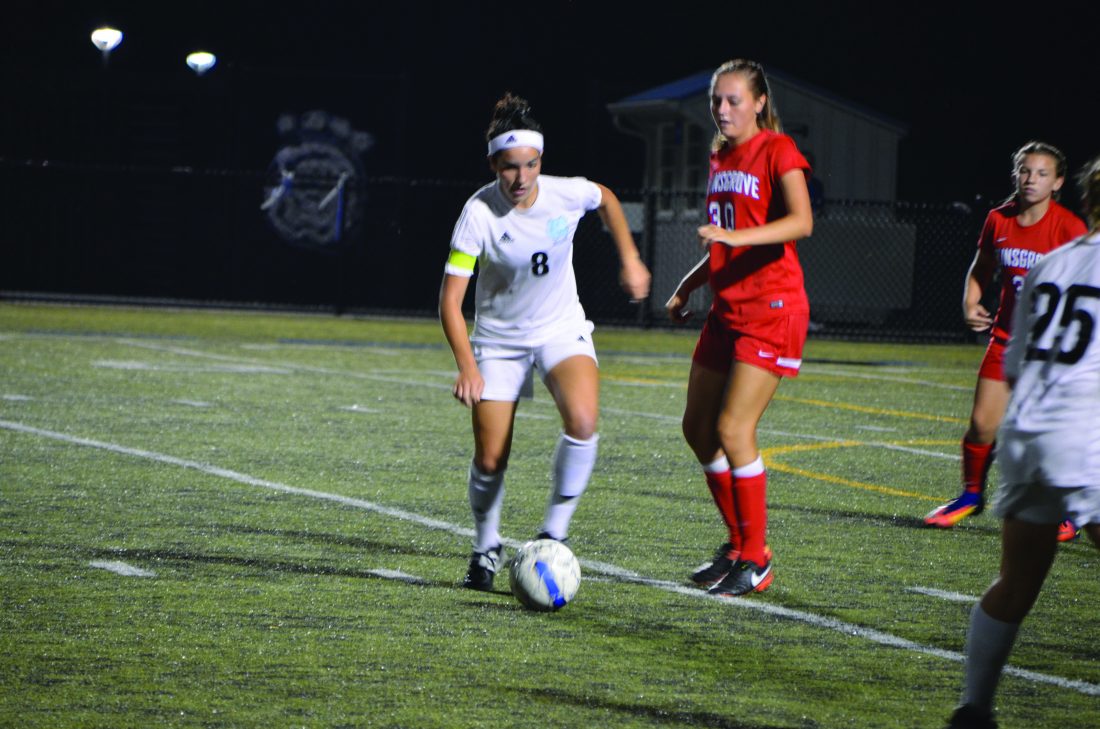 Sadie McCaleb has begun the journey of a lifetime.

The Navy-commissioned freshman soccer star, out of Central Mountain High School, is well on her way to not only an illustrious collegiate athletic career but a professional military career. McCaleb a captain of soccer, basketball, and track and field teams over the years has had leadership and service ingrained in her veins from the start.

McCaleb, hailing from Central Mountain High School, was a four-sport athlete who lettered across the board in athletics. A first-team all conference player for the Wildcats, she’s earned 589 minutes in just 15 games for the Naval Academy. McCaleb, one of eight freshmen on the Navy roster, has logged the third most minutes out of the first-year players and already impacted her soccer team, as she hopes to impact her community as well.

“I have always had an interest in the military. When the recruiting process began I realized what a great place Navy is and the opportunity presented to me,” McCaleb said.

“I hope it’s encouraged other athletes like me to look at an opportunity in the military for academics and for athletics,” she added.

After her graduation from Central Mountain McCaleb attended The Hill School in Pottstown, Pennsylvania, a United States Naval Academy Foundation for a year. There she received All-Mid-Atlantic Prep League honors. In addition to her soccer achievements she took home a crown for the 2019 Mid-Atlantic Prep League title along with a 2019 Pennsylvania Independent Schools Athletic Association State Championship title in the javelin. A year later she was being commissioned into the Naval Academy.

“Part of what makes Sadie, Sadie, is her tremendous work ethic both in the classroom and on the field. She has the academic ability in addition to the athletic ability,” former Central Mountain head coach Abe Stauffer said of his former player.

Stauffer, who visited West Point to watch Sadie play in the rivalry Army-Navy game, continued to rave about McCaleb’s accomplishments.

“I am so proud of Sadie for going from Sugar Valley Rural to playing for the Central Mountain Wildcats, to now playing at Navy and being treated like the incredible athlete that she is,” he said.

McCaleb acknowledged her parents, Early and Crystal, her siblings and grandparents as some of the motivation behind her success in this early point in her life.

“My parents come as much as they can, which is a lot, with my sister being a senior at Penn State Behrend. My Grandparents and sisters have been so supportive,” McCaleb said.

Along her young Naval Academy soccer journey, McCaleb has made leaps and bounds in improvement from the already stellar athlete she was to make the roster.

“I just want to keep getting meaningful minutes in every game,” McCaleb said about how she can improve leading into her future athletic career at Navy.

McCaleb, who was used at almost every position during her high school career due to her immense knowledge of the game and athletic ability, has been groomed into an incredible defender at the Academy. As a Wildcat, McCaleb was inserted everywhere, essentially, besides as a goalie. She can strike the ball well with either foot and purely outplayed her competition up to the upper echelon of collegiate athletics, which by the time her career is over may be dominating as well.

“I hope Sadie inspires other girls, athletes or not, to look at going to a Military Academy. Most importantly she sets the example that grades are first. Sadie had to have the academics to get in first before anything else,” Stauffer said of his former player.

McCaleb has been lauded for her athletic ability and gift, and she now gets to share not only the gift of her athleticism, but also her brain and leadership with us as a collective community as a commissioned member of our United States Military.