CM Weekly Review: The final stages of the fall season 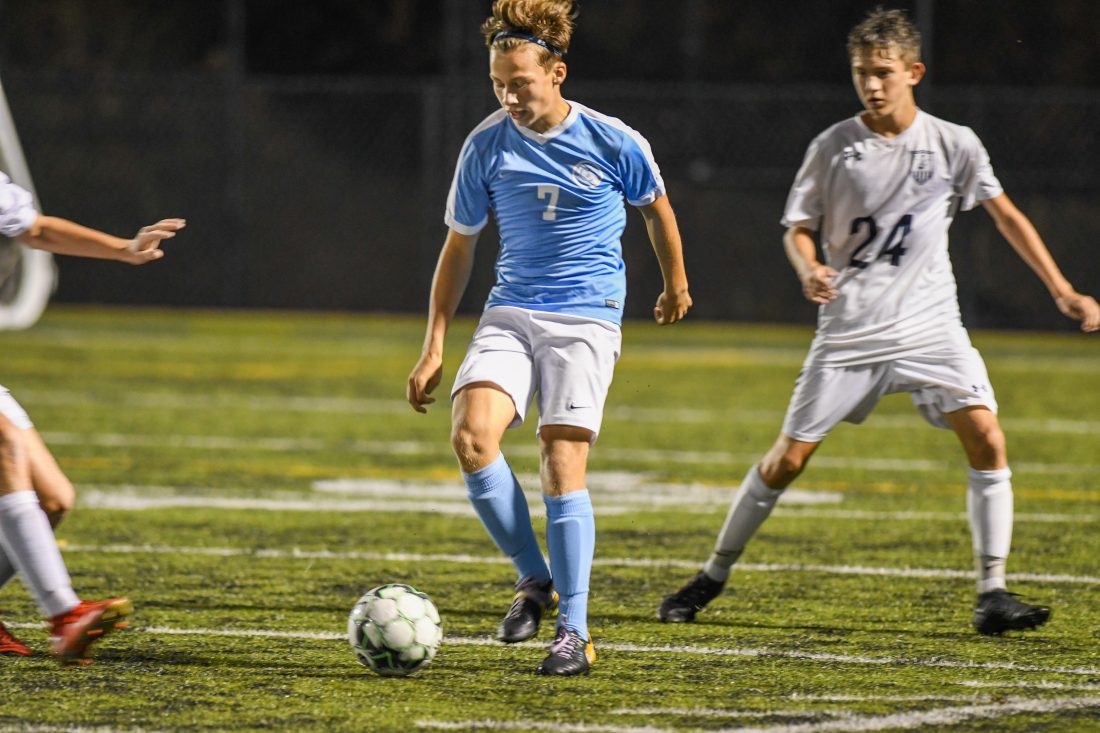 The boy’s soccer team entered the week in an offensive drought. Games on the road at Selinsgrove on Monday and at home against Jersey Shore on Wednesday did nothing to help the situation as the CM boys were downed by scores of 3-0 and 1-0 respectively. Now with an overall record of 5-9-1 on the season and three to play, coach Billy Hook’s troops must finish strong in order to realize a playoff berth. The competition will be stiff but anything is possible.

For the girl’s soccer team, scoring has also been problematic. More troubling though was the fact that they were coming off a prior week in which several opponents beat them soundly. Therefore, coach Jeff Brinker was looking to see how his team would respond. While he did not see them achieve victory against Selinsgrove at home on Tuesday, a 3-1 loss and a 3-0 loss at Hollidaysburg on Thursday, he did see them step up their level of play and be much more competitive than the previous week. Their lone score for the week came on a ball off the foot of Avery Baker who finished off a free kick from Madison Courter in the Tuesday contest. With just one win on the season to their credit, the CM squad will attempt to finish strong in their final two games as they look toward the future. Coach Brinker said of the week to come, “The goals for the final week are still the same. We want to get better individually and as a team. The girls have been working hard and we’re hoping we can get some good results here at the end to finish off the season.”

Girl’s tennis continued their solid team play as they defeated Tyrone by a 6-1 score on Thursday. Wins in that match-up came in singles from Kendall McCluskey, Carolina Carpenetti, Olivia Anastos, Kati Kwiatek and Natalie Brown as well as a doubles win from the combo of Caitlyn Dale and Gianna Renzo. Earlier in the week, McCluskey and Carpenetti had teamed up in the District VI doubles tournament where they won their quarterfinal round match before bowing out of the tournament in the semis. Kwiatek and Brown also competed and won a preliminary round match before losing in the quarterfinals. The victories for CM came against the No. 2 doubles teams from Altoona and State College. For the season, the team is 14-2 overall with a match-up against Williamsport remaining to be played this week.

The cross country team experienced some success this week. On Wednesday, both the boys and girls went for a run at Milton against the hosts and several other teams. It was a successful run for the CM athletes as the boys defeated Midd-West, Mt. Carmel and Montgomery while the girls topped Milton, Midd-West and Montgomery. The runners were then back in action on Saturday at Shikellamy for an invitational meet.

The Volleyball team had a solid week. On Monday, they traveled to Mifflin County, and despite dropping the first game 27-25, went on to defeat the Huskies in the match 3-1. Juniors Evie Rembold and Lonnie Duck had good nights for CM as they recorded 14 and 13 kills respectively. On Wednesday, coach Scott Garman’s team hosted Bellefonte looking to get a little revenge for an early season loss against the Red Raiders. Boy did they ever get it. In front of a fired up student SECTION, CM throttled their guests 3-0. Rembold was again strong in leading a well-rounded team effort. CM then finished their busy week hosting Wellsboro on Saturday morning. The result of that contest would punctuate a very solid week for CM as they defeated their guests by a 3-2 score. An obviously pleased coach Garman said of the week, “The girls really came together and played as a team and it all started with our defense. Tough serving, solid blocking, and relentless passing were the keys to our victories this week and ultimately the success of our season from this point forward. I couldn’t be prouder of the girls and the way they handled adversity this week. I’m very anxious to see what the future holds.”

Football hit the road for a Week 8 matchup with Selinsgrove. After a first quarter that saw each team score an early touchdown on a long play, the home team scored 21 unanswered points to take a 28-7 halftime lead. Despite entering the contest at 0-7 on the season, the Wildcats, just as they have done for much of the season, refused to pack it in. Senior quarterback, Zane Probst, who is closing in on the Clinton County career passing record, passed for north of 300 yards on the night. A good chunk of his throws found the hands of his favorite target, Peyton Johnson who finished with 8 catches and just short of 200 yards receiving. The Wildcats would go on to outscore the Seals in the second half, 14-10 but come up on the short end of a 38 to 21 verdict. Now 0-8 on the season the ‘Cats have two opportunities to avoid a winless campaign. The final two should be interesting to say the least. Friday night they will host Mifflinburg. Mifflinburg provided CM with their lone win last season. Will this be a repeat? Mifflinburg is improved this season at 4-4. CM will then finish up next week as they travel to rival Jersey Shore. Another thing to watch for is Probst’s pursuit of the passing record. He unofficially needs about 50 yards to break the all-time mark.

Team of the Week: The volleyball team is hitting its stride at just the right time. This group just keeps getting better. The good news is that they are still pretty young. Look for the good days to keep getting better.

Athlete of the Week: No football player has been recognized as AOW this season. Three hundred-yard passing efforts are not an every-game thing for high school quarterbacks. Therefore, Zane Probst gets the nod this week for his strong performance at Selinsgrove. A shout-out goes to his teammate Peyton Johnson for his solid receiving effort as well as volley baller Evie Rembold who had a solid week to help lead her team to a three-win week.

Looking Ahead: Tennis hits the road today at Altoona for team districts before hosting Williamsport in their final match of the season on Thursday. Volleyball has a busy week including a home match with Altoona on Wednesday. The soccer teams finish up their regular seasons this week with a home game each, the girls on Tuesday against Montoursville and the boys on Saturday against Altoona. The girls will also travel to rival Jersey Shore on Thursday for a match-up of teams that have struggled this season. Who will come out on top of that one? Take the short trip and see. Finally, senior night for the football team will be Friday night as the Wildcats host their namesakes from Mifflinburg.