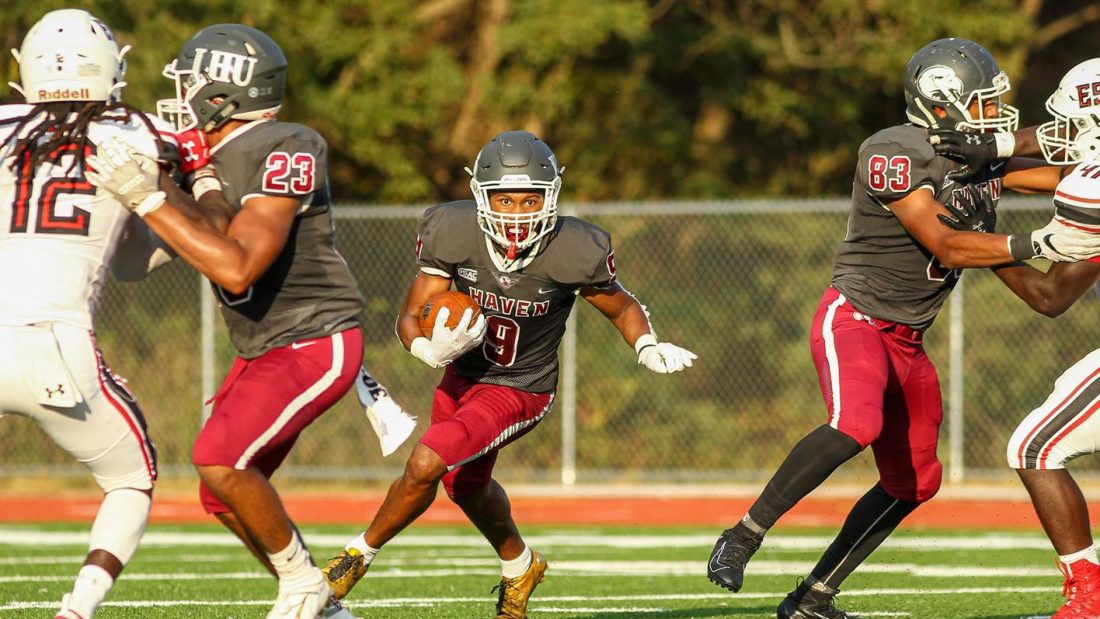 Lock Haven University football is back home Saturday after falling 48-23 at Millersville. The Bald Eagles have lost five games in a row. LHU now sits at 1-5, with an 0-3 record in Pennsylvania State Athletic Conference (PSAC) East competition. The Bald Eagles will try to end this tumultuous stretch in a contest against nationally ranked Kutztown, which enters Hubert Jack Stadium at 6-0.

After a 35-13 win over previously undefeated East Stroudsburg last weekend, the Golden Bears vaulted to No. 18 in the latest AFCA Coaches Poll. Kutztown is fourth in the PSAC in both scoring offense and yards per game, while also being fifth in the conference in scoring defense. This team is extremely balanced and will be a really tough test for Lock Haven Saturday afternoon.

Kutztown is perennially one of the top teams in the conference, and this year is no exception. The team is loaded with returning starters on both sides of the ball. Three-time All-PSAC East second team quarterback Collin DiGalbo leads the offense, and has his entire starting offensive line from 2018 still there to protect him. He’s second in the PSAC in touchdown passes and tenth in rushing yards, making him a truly dynamic dual-threat player.

There isn’t one especially dominant offensive skill position player that LHU has to key in on. There are many players that possess speed and are really tough to contain in the Golden Bears’ offense. Senior running back Abdul-Hassan Neblett is one name to monitor though. The 5-foot-8-inch speedster is seventh in the PSAC in rushing yards and has a team-high 23 receptions.

Stopping just about anyone has been a problem for LHU during this losing streak. After holding Lincoln to 13 points in an opening night win, Lock Haven has been gashed for nearly 60 points per game over the last five matchups. The 51.8 points per game LHU has allowed is the second most in the entire nation. That’s 165 out of 166, with only Northeastern State University out of Tahlequah, Oklahoma allowing more points than the Bald Eagles.

With that in mind, it’s quite apparent that many things will have to change Saturday defensively for the Bald Eagles to compete with an opponent of this caliber. Getting pressure on the quarterback would be a nice starting point. LHU has the least amount of sacks in the PSAC, only totaling four through six games. It’s a young LHU defense and an especially young defensive line, but the status quo will certainly not get the job done against Kutztown.

Offensively, Lock Haven has put up some positive numbers. The team is averaging a respectable 26 points per game. The issue has been finishing off drives, as the yardage the Bald Eagles tend to accumulate does not always correlate with how many points they wind up with. LHU is fifth in the PSAC in yards per game, averaging pretty similar numbers to Kutztown in that regard.

At Millersville, Lock Haven accounted for 526 yards. 233 of them came via the running game, which the team currently is at the top of the conference in. Lock Haven averages 194.8 yards per game on the ground, and is led by junior Chantz Swartz’s 100.8 per contest. To have a shot against Kutztown, being efficient in the running game is essential. The fact that the Golden Bears allow under 100 rushing yards per game as a team will make that aspect of the game a nice little wrinkle to keep an eye on.

Costly turnovers have been the offensive Achilles heel of LHU though. The Bald Eagles fumbled the ball three times against Millersville, with two of those miscues coming inside the red zone. The Marauders gave LHU many opportunities to get back in that game. It would be quite shocking if the Golden Bears were as kind.

The Kutztown defense returns three all-conference players. Only two opposing teams have scored over 16 points on the Golden Bears. Those were both two tight road games that KU pulled out on the final series against Cal and Shepherd respectively.

Sixth year head coach Jim Clements has never lost to Lock Haven. His teams have had a couple of close games with Lock Haven during that time, including a 35-29 victory in 2016. But of late, these matchups have been quite lopsided. Last year Kutztown was the only Division II opponent to shut out Lock Haven, dominating the Bald Eagles 41-0 on homecoming at Andre Reed Stadium. All of those points came in the first half of a game in which LHU turned the ball over six times.

For the Bald Eagles to pull off the feat of upsetting Kutztown, it would take a complete 180 in terms of defensive execution and avoiding turnovers in crucial areas. But it’s another Saturday in the PSAC and Kutztown has to travel over 2 1/2 hours on a bus Saturday morning. Anything can happen.