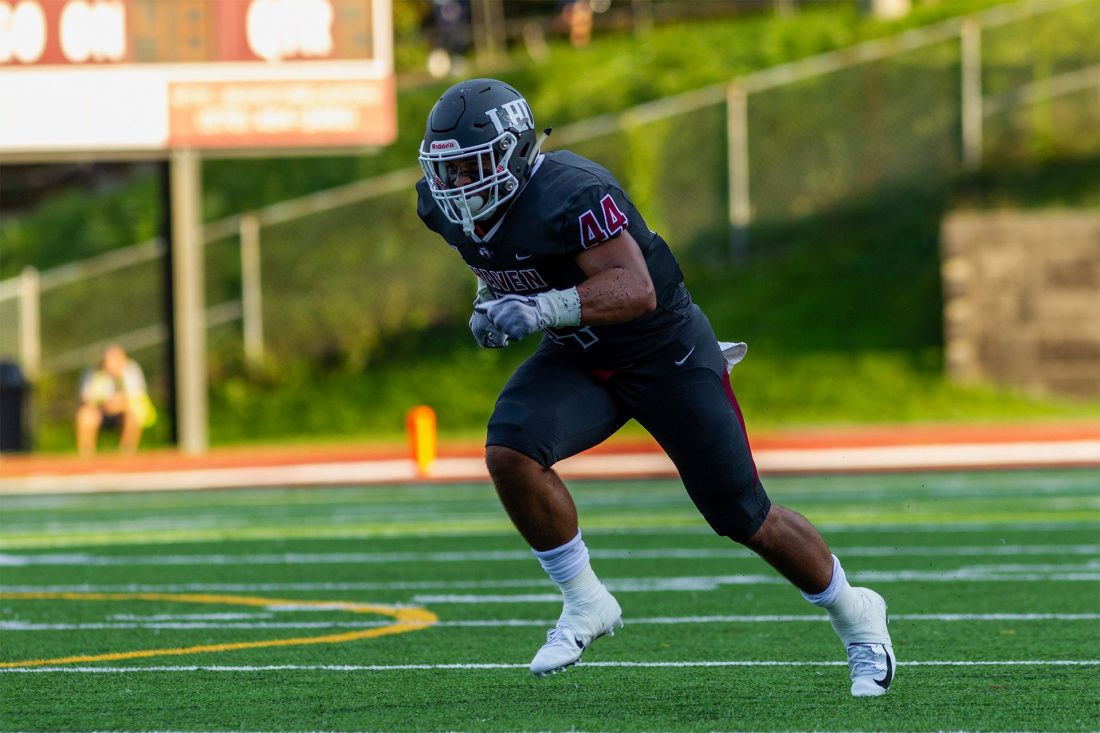 “We got a ways to go to perform the way that we need to perform in order to win games,” Lock Haven head coach Dave Taynor said. “That’s the toughest part of it.”

While not all of these losses have been the same, they’ve sure felt like it at times. This setback featured many of the usual issues this team has faced of late. That includes the inability to defend the deep ball, costly penalties, special teams miscues and crucial turnovers.

Despite working the ball downfield immediately, Lock Haven fumbled the ball away on the opening drive. LHU got to the edge of the Millersville red zone, in large part thanks to a Kyle Knight completion of 51 yards to receiver Christian Drayton III. Knight lost the ball at the Marauder 16-yard line just three plays later though, costing the Bald Eagles a chance to get ahead first.

Millersville was also 1-4 coming into this game, with a mere 14 points scored in the last month of play. However, the home team wasted no time getting on the board against Lock Haven’s unit. This was allowed due to a costly roughing the kicker penalty on a Millersville punt after the Marauders were initially stopped at midfield on their first drive. The infraction allowed Millersville to get a new set of downs. Two plays later, quarterback Collin Shank connected with tight end Brian Richardson for a 47-yard score, giving Millersville its first lead in a game since Week 1.

“We gave up too many big plays in the pass game,” Taynor said. “Over the last couple of weeks before we had started to remove some of those. And that came back and bit us in the butt a little bit.”

Lock Haven failed to score in the first quarter, with a three-and-out and a blocked field goal contributing to the goose egg on the scoreboard. Meanwhile, Shank threw two more touchdowns that quarter. He had just three passing touchdowns on the year coming into the game. The score was 21-0 after one quarter.

LHU responded with two touchdowns in the second quarter. Sophomore running back Dante Graham scored the first one from one-yard out. Then Knight hit tight end Jalen Jackson for a seven yarder in the back of the end zone. In between the touchdowns, LHU freshman cornerback Levi Engle recorded his second interception of the season, picking off Shank in the end zone.

Millersville managed to score again in the final minute of the first half, but missed the extra point. LHU had cut the score to 27-14, and was within striking distance heading into the second half. Things got away from Lock Haven after that.

LHU allowed Shank to throw his fourth touchdown of the afternoon on the opening drive of the third quarter. The Bald Eagles responded with a 40-yard field goal from junior kicker Charles Hayes to push the score to 34-17. But Millersville came right back with Shank’s fifth score of the game. Graham would find pay dirt late in the third quarter again, but the point after was blocked. The scoreboard read 41-23 Millersville after three quarters of play.

LHU had the ball to begin the fourth, and advanced the ball down near the goal line once again. This time, Graham was denied and the ball popped loose. Millersville had made what was seemingly a game-changing play.

“We fumbled twice down in the red zone and lost those,” Taynor said. “That hurt us. Those two in particular hurt the most because that probably took 14 points off the board.”

The Marauders didn’t immediately take advantage though, going three-and-out directly after that. But on the first play of the ensuing drive, LHU lead running back Chantz Swartz also couldn’t hang onto the ball. Millersville had the ball in Lock Haven territory and found the end zone once again, putting the score at its final mark of 48-23.

This game was one where Lock Haven was in position to have a really good opportunity against a similarly inexperienced team, but mistakes and a lack of defensive execution did the Bald Eagles in. It’s worth noting that the Bald Eagles were missing two defensive starters, but the results were simply not what they needed to be for the team. Offensively, reigning all-conference receiver Bryan Greene remained out after sustaining an injury early in last week’s loss to Shepherd. Not having him hindered the team as well.

Knight finished with 293 passing yards, three shy of tying a career high. Swartz compiled 149 rushing yards, picking up right where he left off from last week’s 173 yards against Shepherd. The junior sits in second place on the PSAC rushing yards list. Drayton caught a number of deep balls, and he finished with 8 grabs for 184 yards. That’s the most yardage by an LHU receiver in a game since 2016, and a career high for the sophomore.

Lock Haven racked up 526 yards of offense, but allowed 592. Shank had 454 yards of offense, a program record for Millersville. LHU now has to reboot, with undefeated and nationally ranked Kutztown coming to town this weekend.