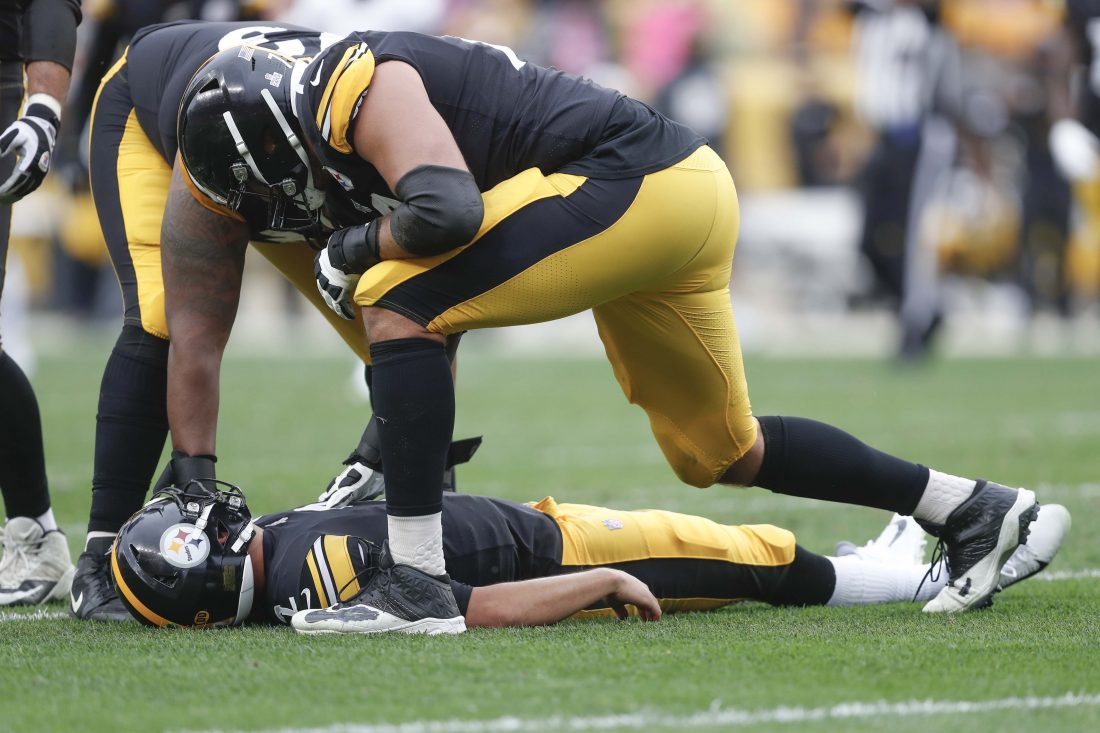 By The Associated Press

Rudolph left last weekend’s overtime loss to Baltimore in the third quarter after Thomas hit Rudolph in the chin with his helmet. Rudolph was knocked unconscious on the play but was able to slowly make his way to the sideline.

Tomlin made it a point Tuesday to say the medical cart that malfunctioned after it pulled up next to Rudolph didn’t play a factor in the decision to let Rudolph try and make it to the locker room on his own.

Rudolph went to a hospital for evaluation before being cleared to go home. Rudolph was at the team’s facility on Monday, but Tomlin declined to give a timetable on Rudolph’s potential availability for Sunday’s visit to Los Angeles to play the Chargers. Rookie undrafted free agent Devlin Hodges will start at quarterback if Rudolph is unable to play.

Hodges played well after coming in, completing 7 of 9 passes for 68 yards. He also scrambled for a 21-yard gain that set up a go-ahead field goal in the fourth quarter.

“Obviously, he lacks a lot of experience in the things that go with experience, but I like his demeanor,” Tomlin said of Hodges. “I like his ‘Steady Eddie’ attitude and approach to it. I think that is an asset to him and us in the present circumstance.”

Tomlin said he was “comfortable” with the quarterbacks on the roster. Paxton Lynch, signed to the practice squad last month, is the only other quarterback with the team after the Steelers released Taryn Christion on Monday.

The visit to face the Chargers gives the Steelers a bit of deja vu. They traveled to San Diego in 2015 with Michael Vick — who wasn’t even with the team until the end of training camp — starting. Pittsburgh won on a touchdown on the final snap. It’s one of the reasons Tomlin isn’t panicking even with his team at 1-4.

“I have been in this thing long enough that it is all pretty much a re-run to me,” Tomlin said.

While Rudolph’s status is uncertain, running back Jaylen Samuels’ is not. Samuels will be out about a month after surgery for a sprained left knee. Rookie Benny Snell Jr. will serve as James Conner’s primary backup against the Chargers.

“This guy has been making tackles on coverage units and stuff. It has been really impressive, but obviously we drafted him to play running back. He will probably get an opportunity to get some more exposure there because of the injury to Jaylen and I am sure he will be excited about it.”