5 keys to a Penn State victory against Minnesota 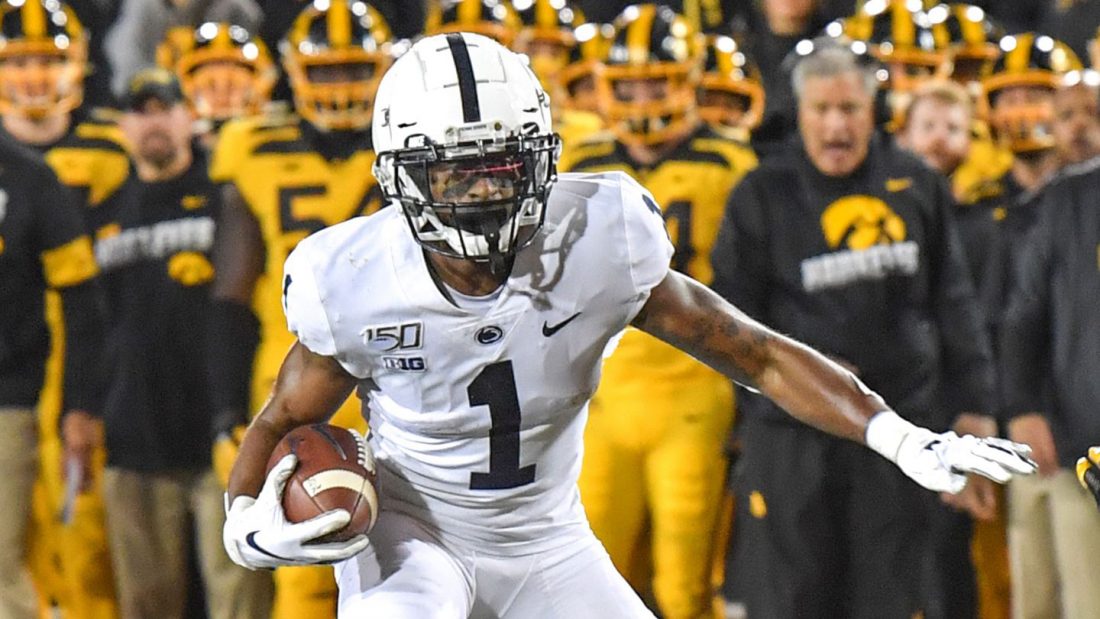 Five things to look for as No. 4 Penn State looks to hold onto its spot in the College Football Playoff rankings in a key game at undefeated and surprising Minnesota.

Is Penn State really the fourth-best team in the country? Are the Nittany Lions actually even better than that ranking?

Is Minnesota really all that good? The Gophers are undefeated, but their schedule through eight games has been … ummm … YIKES! The wins have come against South Dakota State, Fresno State, Georgia Southern, Purdue, Illinois, Nebraska, Rutgers and Maryland.

The Lions need to go in and punch the Gophers in the mouth. Be physical and aggressive from the get-go, take a nice early lead and show Minnesota what it’s like to actually play quality competition.?Because here’s the thing: The Gophers may not have beaten anybody yet, but you can rest assured they are a confident group and believe wholeheartedly that they can beat Penn State. If you let a confident team like that hang around for a while, its confidence grows and grows even more.

The Lions need to sap that confidence out of the Gophers right away and win comfortably.

At this stage, style points actually matter. A lot. The eye test is just part of the deal with the CFP rankings, and a two- or three-touchdown win today would help PSU if it does lose a close game at Ohio State in two weeks and needs to make its case as the best one-loss team for the fourth spot.

Minnesota can run the ball very well. Penn State usually stops the run very well. So this is a strength-on-strength battle.

Rodney Smith leads the Gophers with 889 yards rushing, and the 5-foot-11, 210-pounder is a tough runner. He’s also been in college since way back in 2014, so the sixth-year senior has waited a long time for this kind of opportunity in a marquee national game.

The Gophers have a big offensive line that prides itself on run blocking. That’s been the program’s MO for many years.

Penn State’s outstanding defensive line will be challenged, but the unit’s depth should help. This could be another one of those games where the Lions benefit greatly from rotating in so many guys up front, since they’ll have fresh defenders in the fourth quarter.

James Franklin was asked an interesting question this week about his offense needing to sustain drives in order to keep Minnesota’s offense off the field.

“I think the worst thing that you can do is go into a game like this and try to change your identity and be something that you’re not,” Franklin said. “So we’re not changing anything.”

There’s good and bad in that answer.

Penn State likes to take shots downfield, and when those connect it leads to quick scores. Time of possession, as Franklin often says, is not all that important when you can score quickly, and he’s absolutely right.

The Lions have blown out several opponents in recent years despite trailing in time of possession by a significant margin.

But here’s the catch: When PSU’s offense doesn’t connect on those shots downfield, it generally leads to a lot of quick and empty possessions. You run the risk of wearing out your defense that way, even a defense that has great depth.

Go back to key No. 2 — Minnesota can run the ball. The Gophers are going to get their share of first downs and quality series because that’s who they are. Whether they can win this or any game against a strong defense comes down to if they can turn their long drives into touchdowns.

Minnesota also has a solid passing game. It’s not explosive, but Tanner Morgan is efficient (1,761 yards, 18 TDs, 4 INTs), so the Gophers can mix it up and get first downs through the air.

It will be vital for Penn State to establish its own running game, keep the offense on the field and sustain some lengthy drives. The Lions have struggled with that a good bit of the season, with the offense falling into an all-or-nothing mentality of big play or bust.

Franklin says his team can’t change what it is at this point, but that’s not a good enough answer. At some point, be it either today or in two weeks at Ohio State, the Lions must find more offensive consistency if they’re going to remain unbeaten.

On the injury front, Franklin said he expects to have running back Noah Cain back this week after he missed almost the entire game at Michigan State with an undisclosed injury.

Both teams are coming off a bye week. The game kicks off at 11 a.m. local time. This truly is Minnesota’s Super Bowl — hailed as the program’s biggest game in more than 50 years — so the Gophers will be fired up beyond belief.

How each team handles all of those things could turn out to be big factors, especially early in the game.

As for the Gophers being amped up, that can go both ways. They could be so energized that they come out like gangbusters, as Pitt did against Penn State back in 2016. Or, Minnesota could be so fired up that it leads to a bunch of dumb mistakes, which happens a lot with young athletes playing college sports.

PSU: The front seven on defense must contain the Gophers’ ground game.

Minnesota: Because Rodney Smith and the other running backs will be such a focus for the PSU defense, quarterback Tanner Morgan will have to be sharp throwing the ball. One-dimensional offenses don’t beat the Lions, so the Gophers will have to be balanced.