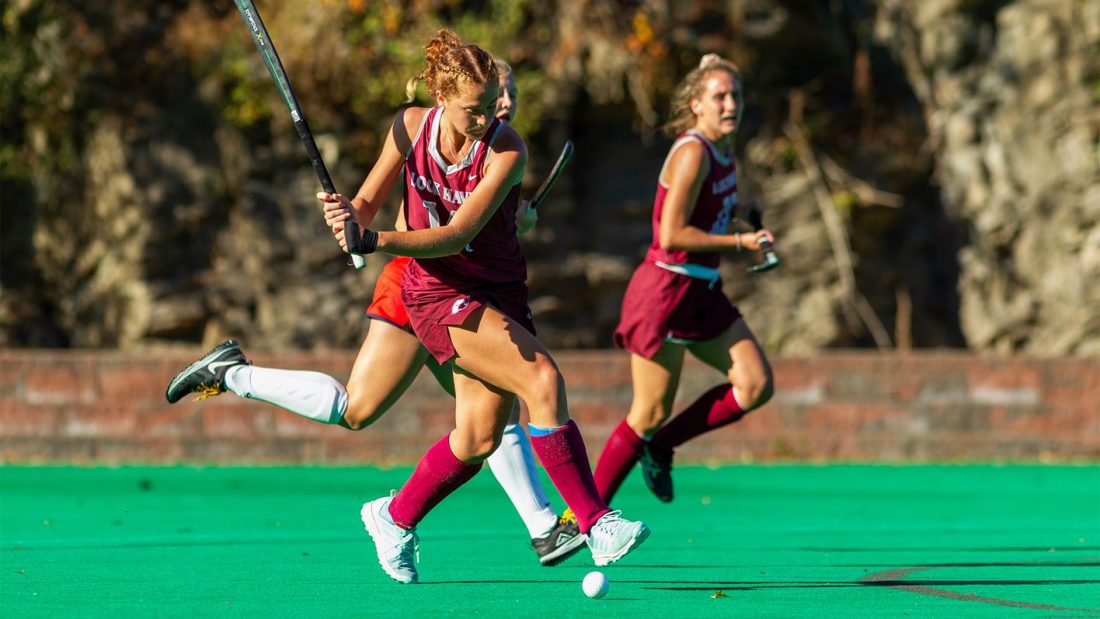 The awards to continue to pile up for the the two outstanding members of the Field Hockey team. Brathwaite and Palma led the way for the Bald Eagles pushing them to the Atlantic 10 playoffs for the first time since 2014.

With the Mideast all region team being announced today, this marks the fifth award for Brathwaite during the 2019 season. She earned preseason all-conference, was named alternate for the senior games, and also earned Atlantic 10 first team and Atlantic 10 all tournament team.

Brathwaite did it all for LHU, proving she is without question one of the premier two-way midfielders in the Atlantic 10. The vocal defensive leader and speedy offensive spark gets the job done at both ends of the field. Her strength on the defensive end led LHU to 11 wins and eight shutouts during the regular season, while her offensive power added ten points (4G, 2A).

Palma took the league by storm and ranks among the Atlantic 10’s offensive leaders in most categories. She leads the A-10 in shots with 66 and leads LHU with 16 points, thanks to five goals and a team-best six assists. Palma scored in five different games, with two of her five goals coming as game-winners. In wins over Colgate and Wagner, she registered four points in each game.