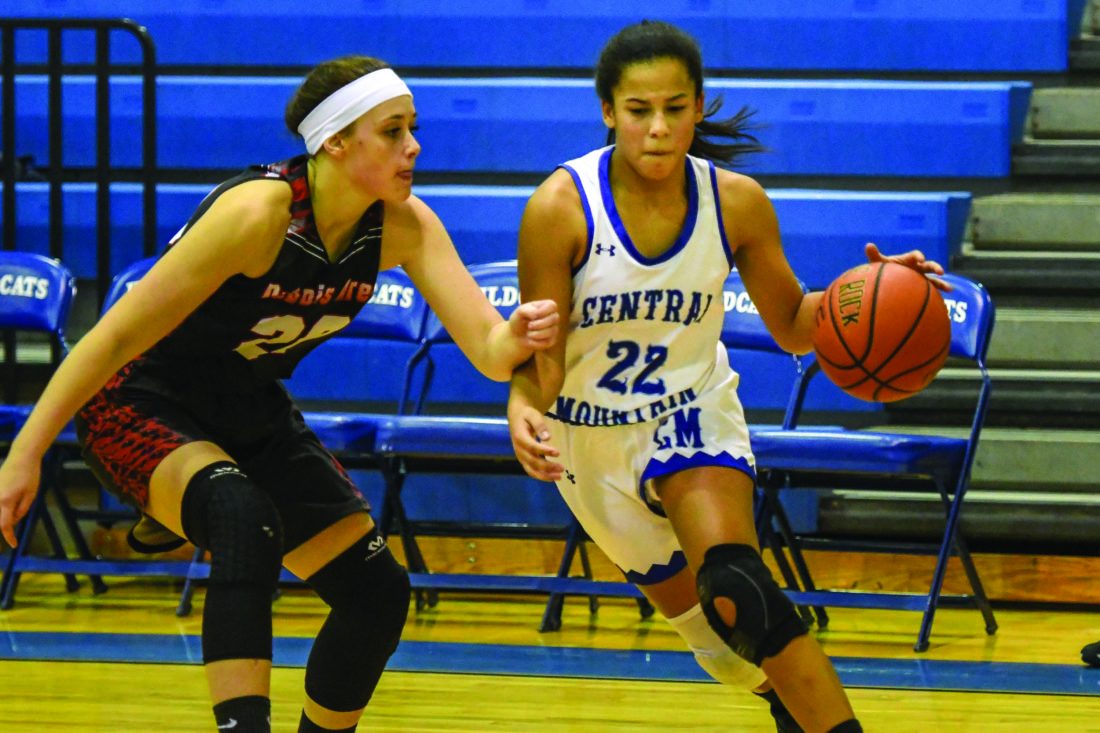 The boys head into the year with four new opening-day starters in its lineup. On the other hand, the girls retained four key starters from last season’s starting five. Boasting experience, and the desire to record its first win since 2017, the Wildcats are building the bridge to success with workouts in the gym this preseason.

So far practices have swayed from positive to negative, but with more than a week to prepare for their season opener the team is determined to ascend in 2020.

“So far practices have been up-and-down,” Central Mountain coach Scott Baker said. “But leading up to the preseason I would say we had a pretty solid offseason. We’ve had some good-skill sessions over the summer and the fall, and we participated in a summer league down at the Miller Center in Lewisburg.”

The Wildcats exited the summer league with a 5-3 record, which sparked enthusiasm for the upcoming season. They also went 2-1 in a fall shootout before the preseason commenced in November.

“We felt good about [our performances],” Baker said. “Not that you base everything off of wins and losses in the summer time, but when you haven’t had much success [in past years], to be able to win some games against real teams is a good thing.”

Leading the charge for the Wildcats this year is a solid nucleus of Quinlynn McCann, Avery Baker, Alyssa Fisher and Mia Kopysciansky– who were all starters a season ago. Kopysciansky is a sophomore while the rest of the bunch are juniors.

“That group is really gonna have to lead us until we can find some depth along the way,” Baker said.

Underclassmen Reese Doyle and Kiahna Jones have stood out in practices. Doyle, a sophomore, received some varsity reps a season ago. Jones is freshman but seems poised to play a large role this year. Marissa Wheeler is another freshman who’s stood out and could make an impact on varsity in future seasons.

“It’s obvious to me that Jones will be getting varsity time this year,” Baker said. “And Marissa works very, very hard and is very coachable.”

Central Mountain enters the season with four returning starters, and they’re all guards. It’s only fitting the team’s identity will be its athleticism and ability to shoot the ball.

Avery Baker led the Wildcats last season with 37 three pointers on the year, and Alyssa Fisher added another 26. They’ll look to increase those impressive numbers in their junior season.

“Our strength going in is going to be with our guards,” Baker said. “We have four guards coming back, who were all starters from last year. And I think we may be able to put a little size with that inside for rebounding with Reese Doyle and Kiahna Jones. They give us a little bit of presence there, that we didn’t necessarily have last year.”

It’s been a long time since Central Mountain tasted a victory.

Although they vastly improved a year ago, they ended the season winless for the second consecutive year. They haven’t won a game since a 43-38 edge over Shikellamy back on Feb. 3, 2017. Needless to say, they’re anxious to erase the losing streak and hop back into the win column.

“The one thing we’re allowing ourselves to talk about this year, that we didn’t last year, is just winning,” Baker explained. “The expectation is to begin winning games. We’re not going to put a number on that, but night-in and night-out we expect to play well enough to give ourselves a shot. That’s the next step.”