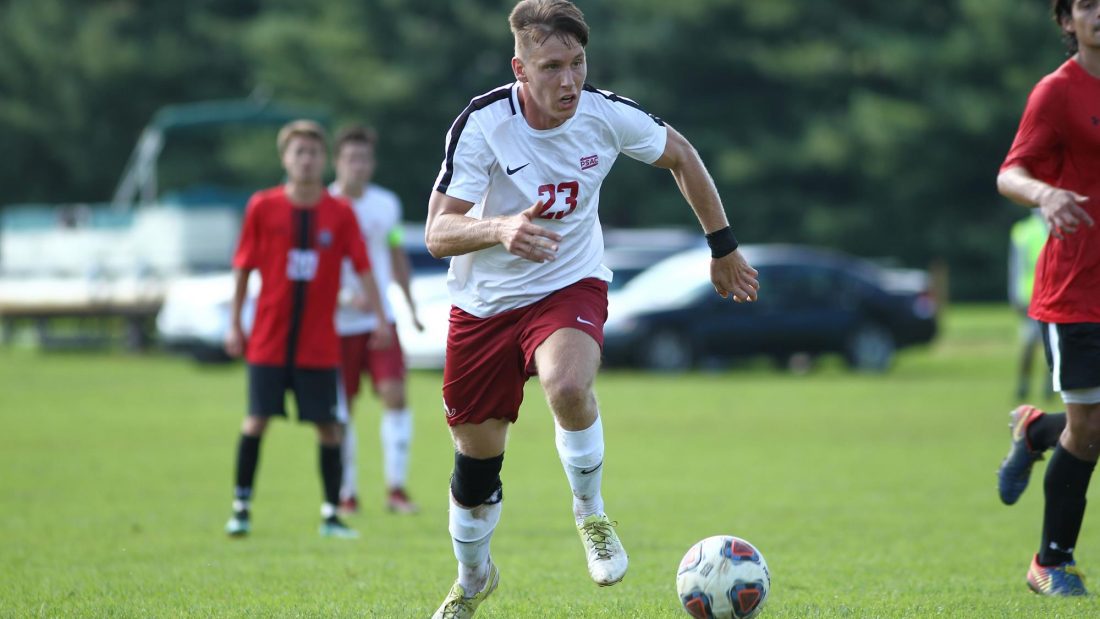 Klaric came up huge in two big wins this week to keep the Haven playoff dreams alive. First in a wild 4-3 win versus Shepherd, Klaric scored two crucial goals as LHU pulled out a nail biting win in West Virginia.

Then late Saturday night in a win over East Stroudsburg, Klaric delivered a classy goal in overtime to push the Haven past the Warriors. The senior midfielder reeled in a long pass with one feathery touch and placed the ball past the goalkeeper into the side netting.

Against Shepherd (Oct. 30) Cook finished with four saves in preserving the 4-3 win to keep pace in the PSAC east standings.

On Saturday, November 2 Cook was fantastic in net finishing with a game high five saves. Three out of the five were some of the best saves you will see in keeping the Bald Eagles in the game, helping them two another three huge points that currently puts the team in third in the PSAC Eastern Division standings.

All season long, Cook has been among the best goalies in the PSAC. Cook currently sits in third in both categories with 68 total saves and 4.86 saves per game.

The Bald Eagles will host Shippensburg on Friday, November 8 at 7 p.m. in a decisive PSAC clash as The Haven tries to secure a playoff position. That game will be played at Hubert Jack Stadium and serves as Senior Night for the Bald Eagles.