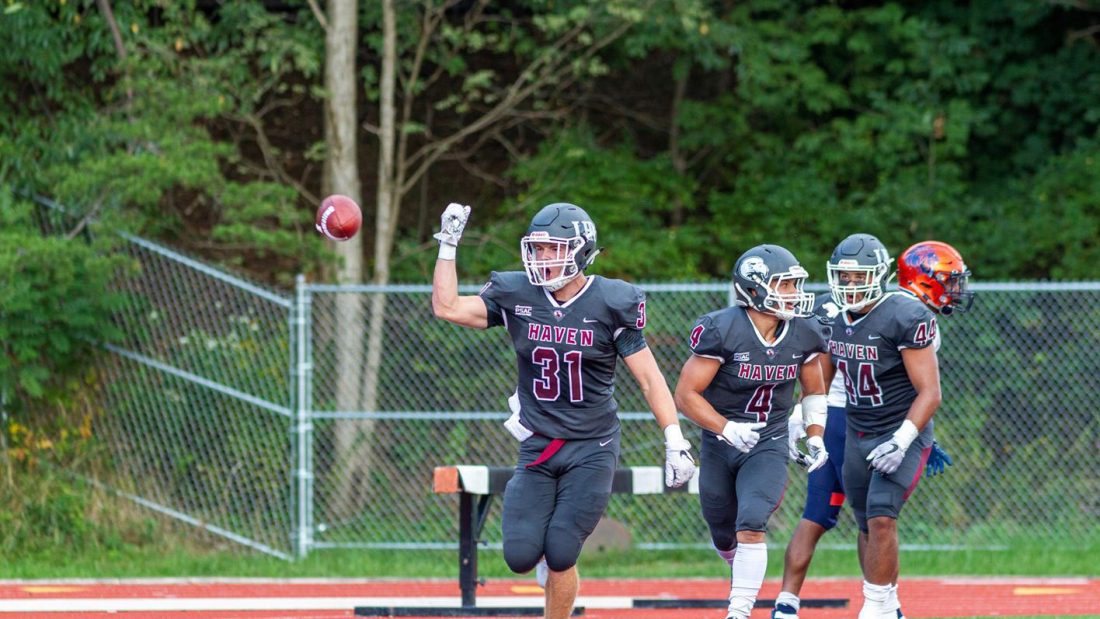 Lock Haven University football has lost seven games in a row. A big reason why is that the Bald Eagles have given up an even 50 points per game. Even if the defense makes some major strides Saturday at Shippensburg, LHU will need to score early and often to have a shot of snapping the losing streak.

Lock Haven now sits at 1-7 on the year, with an 0-5 mark in Pennsylvania State Athletic Conference (PSAC) East competition. Shippensburg (2-6, 2-3 PSAC East) has also had an underwhelming season. But the Red Raiders have been in a number of close games with tough opponents. The Bald Eagles have lost by 23 or more points every week since its Week 1 victory over non-conference foe Lincoln.

Everyone has lit up the scoreboard against the Bald Eagles since the Lincoln game. It’s a young Lock Haven defense that has experienced severe growing pains in 2019. Last week against Bloomsburg, LHU lost 54-27. In doing so, the Huskies surpassed their season-high in points by 30 points.

Lock Haven has given up new season highs, or allowed teams to tie their top 2019 point total, in all but one of those losses. If you go in with the idea that defensive stops will be hard to come by, the Bald Eagles cannot afford to get off to a sluggish offensive start. They did last week, getting behind Bloomsburg 38-0. The Bald Eagles compiled 286 yards and four touchdowns in the second half, but it was way too late.

Last year Shippensburg beat Lock Haven 56-37 on LHU’s senior day. In that victory, the Bald Eagles led 23-14 at halftime. That was arguably the most impressive performance the 2018 team had in a loss. They’ll need to channel the early success they had against the Red Raiders in 2018 in order to have a shot in 2019.

Shippensburg statistically doesn’t jump off the page on either side of the ball. But this is a team that has a good chunk of talent. This is spearheaded by reigning PSAC East Freshman of the Year Brycen Mussina. The Montoursville native led the conference in five offensive categories in 2018, and was the only PSAC signal caller to throw for over 30 touchdowns and 3,000 yards.

Mussina has taken a step back statistically in his redshirt-sophomore year. He’s sixth in the conference in passing yards and tenth in passing touchdowns.

Some of that may be due to unexpectedly not having 2018 PSAC East Offensive Athlete of the Year wide receiver Josh Gontarek in the fold. He was supposed to be available in 2019 for a redshirt-senior campaign, but he has not suited up and is no longer on the roster. Even so, Mussina has lots to work with.

Redshirt-junior pass-catcher Winston Eubanks leads the team in receiving, and is seventh in the conference in that regard. Redshirt-senior running back Luke Durkin combines the size and blocking ability of a fullback (6-foot-3, 230 pounds) with the skillset to run the ball efficiently. Durkin has started the last five games as the team’s running back and comes into Saturday fourth on the conference’s rushing yards list.

Defensively, Shippensburg lost four All-PSAC East performers from 2018. The team still has a veteran unit, that at times has held opposing teams in check this year. Saturday at Kutztown was not one of them. The nationally-ranked Golden Bears walloped the Red Raiders 55-5. Kutztown scored the final 41 points of that contest, which surely left a bitter taste in Shippensburg’s mouth.

To avoid the home team taking out its vengeance on Lock Haven, the Bald Eagles will need to be crisp in the areas they’re strong in. At the same time, they’ll need to be at least somewhat competent in the aspects of the game they’ve struggled in this year.

The positives are clear. Lock Haven can run the ball well and convert third downs at a high clip. Junior running back Chantz Swartz leads the conference in rushing yards with 801. Starting quarterback Kyle Knight’s 335 yards on the ground put him at 14th in the PSAC. Utilizing both of them, as well as several other players that have the capability to run the ball, will be essential.

They’ll also need to be in manageable down and distance. LHU’s third-down percentage is second in the conference. At Bloomsburg, the Bald Eagles were 2-8 in the first half in that scenario. Those missed opportunities really hindered this team in that loss. Keeping drives alive will also limit the time Lock Haven’s defense is on the field, which can surely be helpful with how the season has gone.

Costly turnovers and significant penalties cannot happen. Lock Haven has done better of late at avoiding penalties, after committing 10 or more infractions in each of the first four games of the season. But the turnovers at inopportune times have really bothered the team of late. Whether it was fumbling in the red zone on the opening drive at Millersville Week 7, or coughing up the ball on back-to-back drives to start the second half Week 8 versus Kutztown, LHU has not helped itself. If the Bald Eagles can avoid these two issues specifically, that’ll at least give the offense a fighting chance to compete if the game turns into a shootout.

Lock Haven has one last shot to capture a road victory in 2019. There will need to be significantly better execution from the Bald Eagles for that to happen Saturday at Shippensburg.

It cannot wait until the second half. It needs to happen right away.