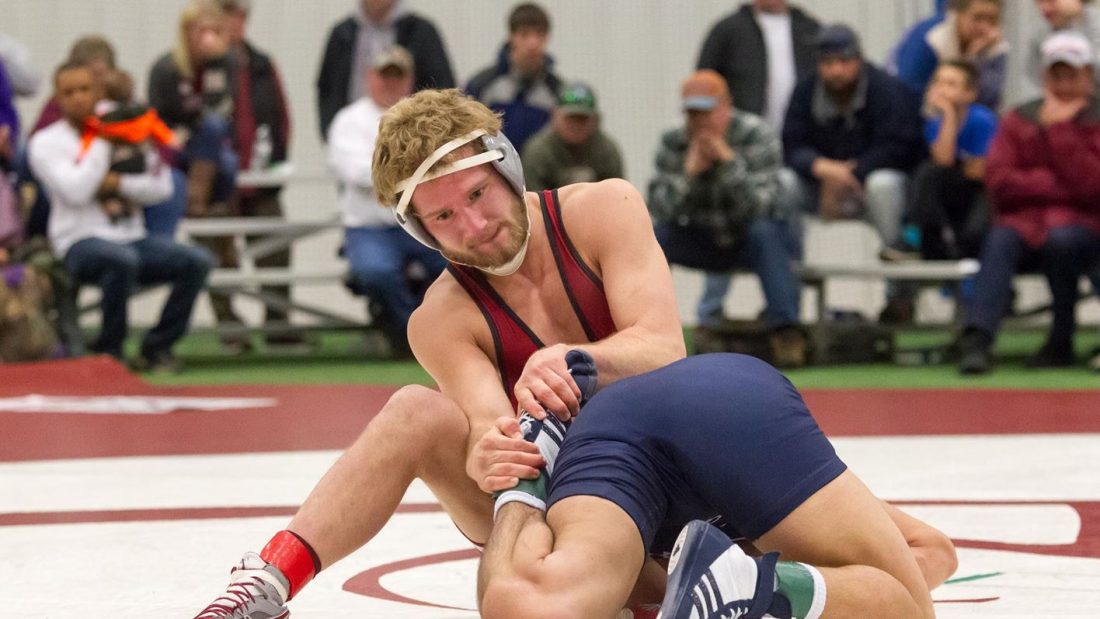 Lock Haven University wrestling got its reigning All-American back in the lineup Saturday as Kyle Shoop filled his spot at 141 pounds for the first time in 2019-20. His second-place finish at the Navy Classic in Annapolis, Maryland led No. 22 Lock Haven. The Bald Eagles ended up with a fourth-place team ranking in a loaded tournament, which paced ahead of the other six Mid-American Conference (MAC) programs at the event.

Lock Haven had some tough early results in a few key weight classes, but how the Bald Eagles finished allowed the team to pull out a very successful tournament.

“The matches we were winning late we held on and won,” Lock Haven coach Scott Moore said. “So were consistent in the third period and found ways to win some tough matches.”

Lock Haven’s five nationally-ranked wrestlers and four returning-national qualifiers took the mat in this event. Shoop, who holds the highest-national ranking for an LHU wrestler, entered the weekend ranked sixth in the country at 141 pounds. Fellow seniors DJ Fehlman (ranked 17th at 133 pounds), Alex Klucker (15th at 157 pounds), Jared Siegrist (24th at 174 pounds), and Corey Hazel (12th at 184 pounds), all finished in the top five of their weight class in Annapolis.

Shoop’s return to the lineup came after not competing at the Journeyman Classic in Troy, New York two weeks prior. Moore said the two-time national leader in tech falls looked like himself, despite not competing since taking seventh place at nationals in March.

“He was pretty much right back in form,” Moore said of Shoop. “Obviously, it’s been over eight months since he competed last and it’s his first weight-cut. He had a pretty tough track to get to the finals and beat some solid kids.”

Shoop brushed off his first four opponents with two major decisions and two wins by decision to advance to the championship bout at 141. He lost to Campbell’s Josh Heil 2-1 in the finals. Heil, the second seed in the tournament and 17th ranked wrestler nationally at 141, was able to draw a costly locked-hands penalty on Shoop late in the third to prevail. Shoop still dominated riding time, and turned out an impressive debut.

Shoop, Klucker, and Siegrist won their first three matches to make it to the semifinals. Klucker continues his strong start to the 2019-20 campaign with a third-place finish. Ditto for Siegrist, who took fourth as he looks to take the next step this year and make his first appearance at nationals.

However, Fehlman and Hazel were upset in the round of 16 and quarterfinals, respectively. While losses that early in the bracket didn’t allow for the two nationally-ranked wrestlers to place in the top four, they each won out the rest of the way to capture fifth place and immensely help out with team points.

“They showed a lot of grit, a lot of tenacity coming back after a loss,” Moore said of Fehlman and Hazel. “Something the coaching staff talked a lot about is finishing the tournament and being able to rebound after a loss. Being able to grind through tough matches. Both of those guys were in some tough matches and beat some good opponents.”

Hazel’s 6-2 decision over Billy Janzer of Rutgers in the fifth place match was especially important, as it allowed Lock Haven to clinch fourth place over Rutgers in the team standings. Only Virginia Tech, Campbell, and Michigan State (in order from first to third) accumulated more team points than the Bald Eagles at the Navy Classic.

Fellow MAC opponents Ohio, Edinboro, Kent State, Old Dominion, George Mason and Cleveland State all finished behind Lock Haven in that order. Outside of Rutgers; other non conference programs that LHU bested in the team standings at the event were Air Force, American, Brown, Bucknell, The Citadel, Oregon State and host-Navy.

Now Lock Haven turns its attention to dual-meet slate. The first team the Bald Eagles scrap with is MAC opponent Central Michigan. The Chippewas enter the Thomas Fieldhouse Dec. 6 for the annual “White Out” match.

While the mainstays in the lineup over the last few years are gearing up for Central Michigan knowing that they’ll be on the mat, a good chunk of the lineup for that dual-meet is still up in the air. According to Moore 125, 149, and 165 are all weight classes that are not set in stone for the season opener. To a different degree, 197 is also up for grabs.

The upcoming Mat-Town Open I on Dec. 1 could help the coaching staff make the call on who to trot out there for the major event.

“For us it’s just game planning,” Moore said. “Just figuring out our best guy at each weight-class. There’s probably only three weights that are sort of up for contention. But looking at those three weight classes and seeing who’s our best guy, who’s out there preparing, and who’s ready to put it all out on the line at the White Out.”