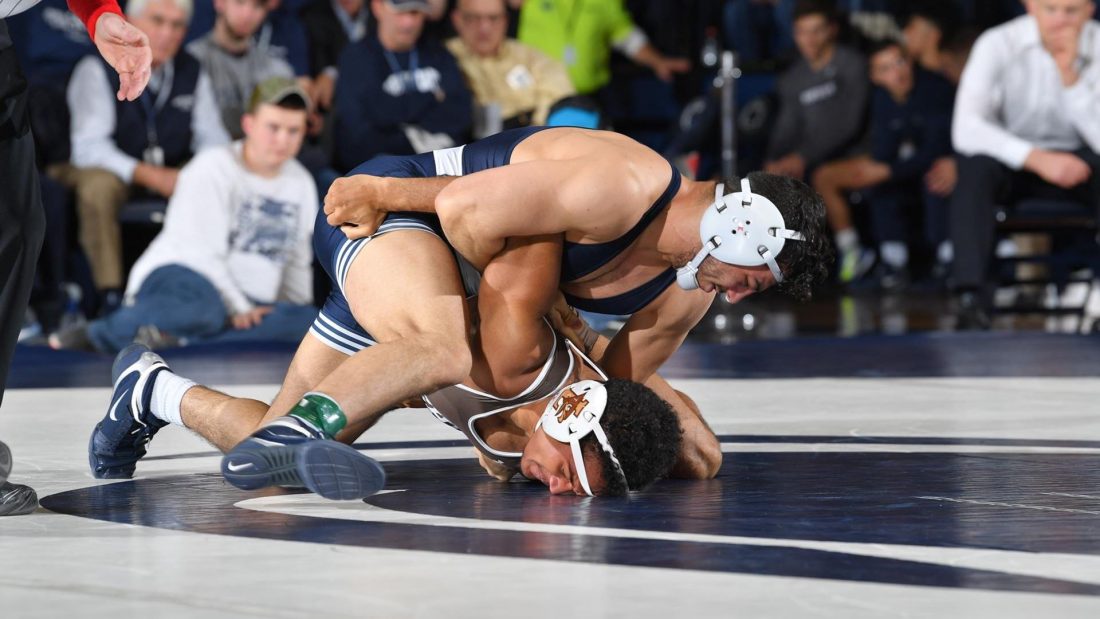 “This is a good tournament, though. There are some good teams … Michigan’s in there, you know there’s five or six really tough, tough teams so it’ll be competitive,” head coach Cael Sanderson said Tuesday in the Lorenzo Wrestling Complex. “I mean, it’s not the Scuffle, it’s not a two-day event, but we’ll see our guys at some of those weights where we want to see who’s going to step up and claim that spot.”

Penn State will take a 15-man contingent but as many as four starters may be missing. Vincenzo Joseph and Anthony Cassar will be competing at the Bill Farrell Memorial International Open at the New York Athletic Club in New York.

The Farrell is the first qualifier for the 2020 Olympic Team Trials. The highest placing athlete who has not yet qualified for the trials will guarantee himself a slot in the trials, which will be held April 4-5 at the Bryce Jordan Center.

In addition, Brady Berge and Shakur Rasheed, each of whom is recovering from an injury, may not compete.

“Possibly. It’s a day-to-day thing. If we don’t have to wrestle them, there’s no reason to do that. Obviously, they want to compete.” Sanderson said.

At the Farrell, for instance, Jason Nolf could meet Joseph at 74 kg, or Nick Nevills and Cassar could clash at 125 kg.

In that case, what’s a coach to do?

“I don’t want to be a fan. I just want them both to wrestle well. I wouldn’t pick sides. Generally, if we’re at a tournament, I would go with the younger kid. I’m not going to be there. (Assistant coach Jake) Varner and (assistant coach Casey) Cunningham are going to be out there,” Sanderson said.

“But you know, that’s just the reality of there being six weight classes in our sport. You can’t divide camps and we’re on this guy’s team and you’re on that guy’s team. We’re one team and, we’re trying to be the best wrestler in the world. Sometimes that includes somebody in your own room. But having those people and training with them every day is going to help you beat the Iranian and the Russian and the guy from Azerbaijan and the other guys you’re going to have to beat to win the Olympic gold medal.”

In talking about who might wrestle at West Point, Sanderson was asked if Seth Nevills might sub in for Cassar. He dismissed that idea and was asked if that meant the talented true freshmen on the team — Nevills, Joe Lee, Carter Starocci, Aaron Brooks and Michael Beard — would be redshirting.

“Yeah, you’re not gonna burn a redshirt for a few matches. I mean those guys are ready to go and you never know what’s gonna happen. But it would make no sense to wrestle those guys just for a few matches,” he said. “If we had the football rule where you can wrestle four matches that’d be great, but we don’t have that.”

Gamine, Tiz the Law both earned wins in horse racing

Time waits for no man (or horse). Seconds count in both time and collecting Kentucky Derby qualifying ...

For those hoping to see a college football season, this past weekend produced another ominous message. At the ...

Neil Rudel on Penn State football: Parsons decision a sign of the times

PIAA hopes to create dialogue with governor over next 2 weeks

Pennsylvania Gov. Tom Wolf shook up the commonwealth’s high school sporting world Thursday when, at the end of ...

The PIAA stated Friday during its meeting that it will be delaying the start of the fall season until Aug. 24. ...

Travers Stakes to run today at Saratoga in horse racing

History is important. We would be wise to learn from it. Lessons are taught and we have the opportunity to learn ...