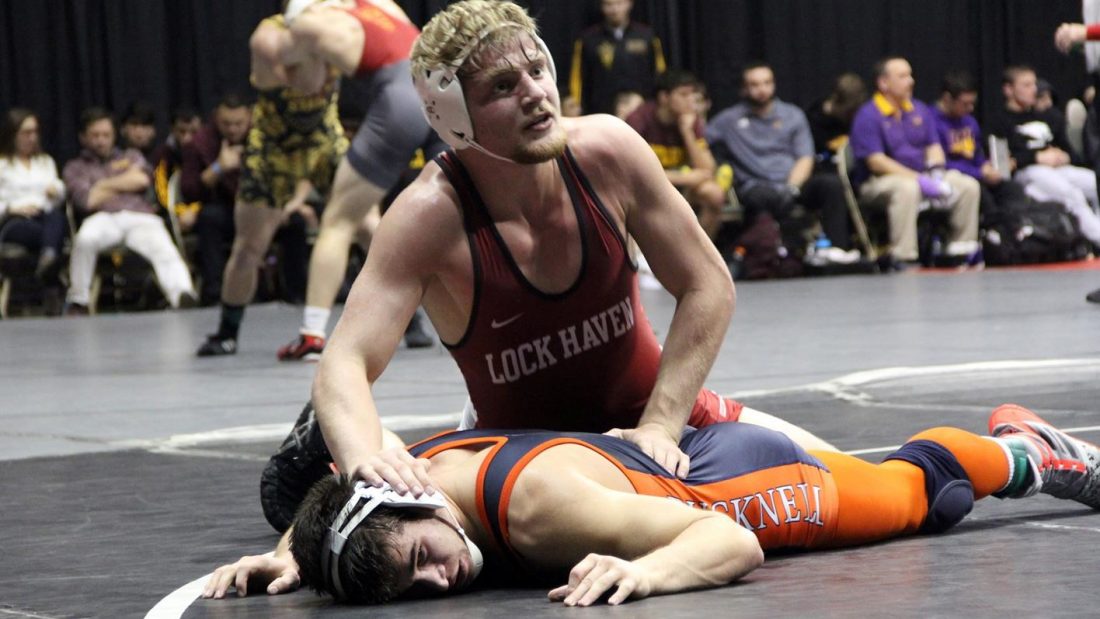 TROY, N.Y. – The No. 22 Lock Haven University wrestling team was busy Sunday, Nov. 10 and it was Alex Klucker (Summerdale, Pa./East Pennsboro), who led the way. With the majority of the team competing at the 2019 Journeymen Collegiate Classic, an individual round robin style tournament conducted by pool, it was Klucker who stood out for the second straight weekend.

In Troy, New York, at the Journeymen Collegiate Classic, Klucker improved to 6-1 on the season with a respectable 2-1 effort today. After winning last week’s Clarion Open with a 4-0 record in the Bald Eagles season-opener, Klucker was 2-1 today in the 157-pound A Bracket. Klucker opened the day with a 13-8 win over 11th ranked Justin Thomas of Oklahoma. He followed it up with a first-period tech over Indiana’s Fernie Silva (16-0, 2:21). In the finals, Klucker was downed 6-1 by No. 13 Josh Humphreys of Lehigh.

Despite going 1-2 overall, Siegrist battled it out vs. some of the nation’s best in the 174-pound B Bracket. He opened the day vs. No. 10 Anthony Valencia (Arizona State), losing, 9-4. Siegrist battled back and upset No. 12 Kimball Bastian of Utah Valley, 6-3. In his final bout, Siegrist was edged out, 3-2 by Oklahoma’s Anthony Mantanona.

Glorioso and Bell each went 2-1, competing at their respective 157 and 174-pound divisions. Reynolds went a perfect 3-0 in his 197-pound bracket and Hartsock picked up a pair of wins for Lock Haven in his 285-pound pool.

The Bald Eagles will enjoy a weekend off next week before heading to Annapolis, Maryland on Saturday, November 23 for the 2019 Navy Classic Tournament.