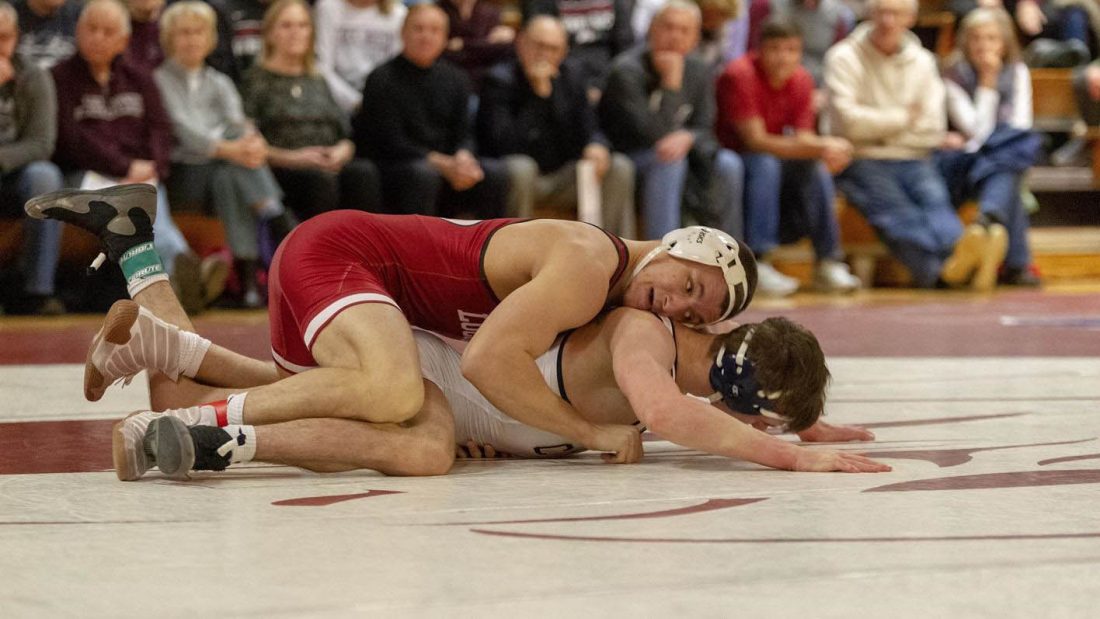 The Bald Eagles showed their depth at 157, as Klucker topped teammate Jonathan Ross (Dillsburg, Pa./Northern York) in the finals by way of forfeit. Ross was competing unattached Sunday.

Other notable season-opening performances came from Caleb Clymer (Germansville, Pa./Northwestern Lehigh) and Luke Werner (Bethlehem, Pa./Liberty). Clymer was 2-2 at 165 and Werner was 2-2, competing unattached at 125. Brock Port (Bellefonte, Pa./Bellefonte) picked up two wins at 149, and both Ray Bernot (Gainesville, Pa./Battlefield) and Parker McClellan (Altoona, Pa./Altoona) went a solid 2-2 at 184 and 197, respectively.

For Klucker, it marked his second career Clarion Open win. He won the tournament back in 2017.

Klucker was a perfect 4-0 Sunday at 157. He opened the day with a tech fall (16-0) in 2:14 and followed it up with back-to-back pins, earning his spot in the finals where he won by forfeit over Ross.

Siegrist finished second at 174 after a solid 3-1 day. After opening the day with a 7-0 decision, he recorded a first-period fall (0:56). Seigrist grinded out a 4-1 win in the semifinals, before being edged out by Penn State’s Carter Starocci (UNA), 2-0 in the finals.

Klucker is one of four returning national qualifiers on the Lock Haven roster this season, but he was the only one to hit the matsSunday.

TrackWrestling listed Fehlman (133) at No. 9, Klucker (157) at No. 31 and Hazel (184) at No. 10. Redshirt-freshman Isaac Reid (Saltsburg, Pa./Kiski) entered the season ranked No. 30 at 285, as five total Bald Eagles are currently nationally ranked at their respective weight class.

The Bald Eagles will once again make the trip to Troy, New York for the Journeyman Collegiate Classic. The 2019 edition is set for Sunday, November 10.