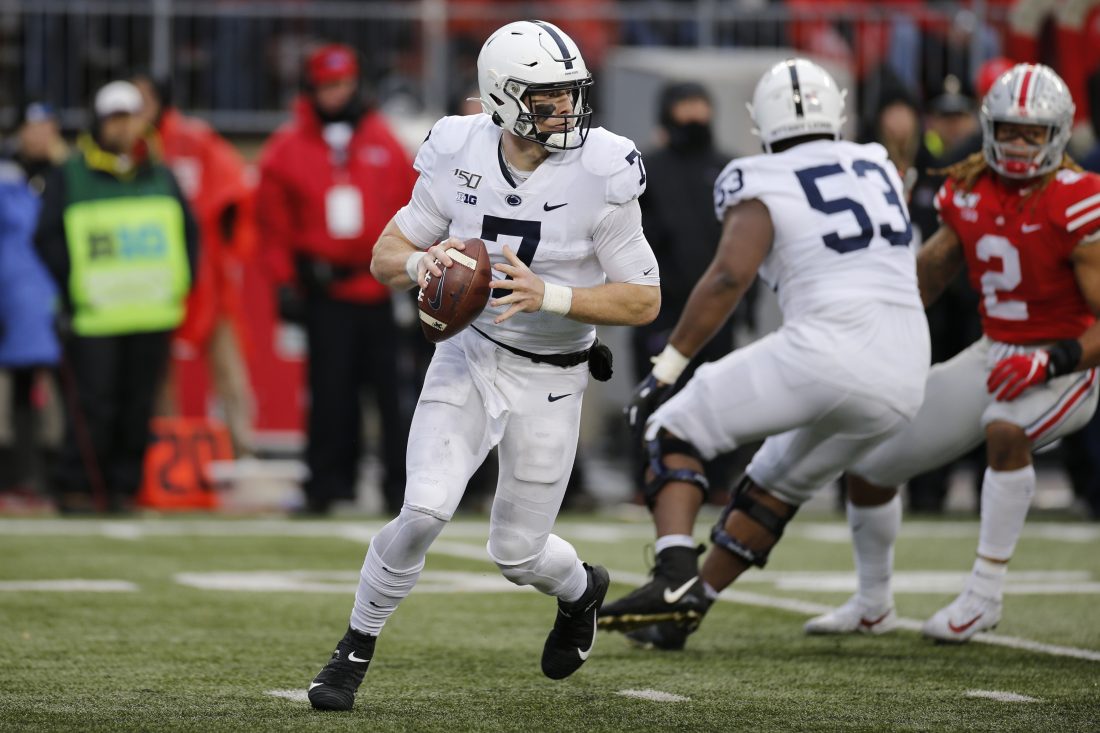 Far be it for me or anybody else to tell you how to be a fan.

You fan the way you want to fan.

Be happy about whatever it is that makes you happy.

Get upset about whatever it is that makes you upset.

Just be consistent, I guess, is the only thing I can add. Have some reason for how you feel about your fandom, and be consistent in your line of thinking.

Make no mistake about it, either. And don’t kid yourself.

If you, as a Penn State fan, feel OK or aren’t all that upset about the loss, you are indeed saying that Penn State earned a moral victory.

You may not want to call it that. You might bristle at the phrase moral victory out loud, all the while feeling proud of how the team battled back from a 21-0 deficit to give the juggernaut Buckeyes a run for their money.

To be clear, you have every right as a fan to feel proud of the young men on the Nittany Lions for battling back. Those players and coaches all learned a lot, and the experience will make them better going forward.

Which is EXACTLY what a moral victory means.

So don’t go around saying stuff like, “Penn State should never be about moral victories” if you are also, in the back of your mind, feeling good about the comeback at Ohio State.

The bottom line is Penn State earned a moral victory Saturday. That is the only logical way you can look at it, if you’re being honest with yourself.

And frankly, there’s nothing wrong with that. The phrase moral victory comes with such a negative connotation that many fans are afraid to utter it or believe in it, thinking that their team is too good for such a thing.

Your team is not too good for it. No team is, really.

Even though I’m OK with moral victories, there is something I want to say to Penn State fans who believe there’s no reason to be overly upset about the loss to the Buckeyes:

Again, remember what I said earlier about not telling you how to be a fan. I’m not a know it all, so if you don’t want to be upset about the loss, then fine.

But you should be upset about it.

Penn State was terrible at the start. It gave up a 91-yard TD drive on the ground, allowing more rushing yards in that single drive than its per-game average on the season coming in (75.9 yards).

The Lions were lousy defensively in the first half, allowing 255 yards — 147 rushing — and 16 first downs.

They fell behind 21-0 and looked awful for the most part doing so.

Sure, feel good about all that.

But don’t overlook the fact that the Lions weren’t ready to play at the start. Or that this program still has major, major issues when it comes to playing a complete game for all four quarters — against anybody — without looking pretty bad for long stretches.

There’s no shame in losing by 11 points on the road to this Ohio State team.

But be honest, though, and understand that the final score was very misleading.

The Buckeyes are significantly better than Penn State, hence the 19-point line. If they played again, there would be no reason to think Ohio State would cough the football up going into the end zone or twice in a four-play sequence in the second half to let PSU back in it, so the feeling here is the final score would be more lopsided.

Yes, Penn State nearly came all the way back to tie it, with a backup quarterback leading the way.

You can feel good about that.

But the Lions also dropped a sure touchdown pass that would have tied it, by Journey Brown inside the 5-yard line. That kind of mistake simply cannot happen if you’re going to upset a team like Ohio State.

OK, OK, I know what you’re thinking. Most of you didn’t have much expectation that Penn State would beat Ohio State anyway, so seeing the comeback left you with more positive feelings than you expected to have.

This is where I remind you that the Lions were ranked No. 4 in the country in the College Football Playoff just 2 1/2 weeks ago. Deserved or not, people thought this was the fourth-best team in the nation.

It hasn’t looked anywhere close to that the past three games and certainly didn’t when falling behind 21-0 at Ohio State.

No matter what your expectation going in, or that you feel good about the comeback at the end, don’t you have to be upset about the beginning of the game?

My colleague, Neil Rudel, said in our postgame video that he can’t praise the team too or much or can’t criticize the team too much after such a wild game.

There was plenty of stuff to criticize with the poor offense and defense in the first half. That put PSU in such a hole that even some big Ohio State turnovers weren’t enough to overcome it.

“You’ve got to figure out a way to win sooner,” defensive end Yetur Gross-Matos said. “Fourth and third quarter is too late to turn it around. You’ve got to get out from the start. We should have started faster, on offense and defense.”

What we ultimately saw unfold Saturday was actually a combination of both a moral victory by Penn State that gave fans reason for optimism and a performance that provided many reasons to be critical of the Lions.

Both things can be true at the same time, so we shouldn’t discard either element when looking back on the loss.

Cory Giger can be reached at cgiger@altoonamirror.com.