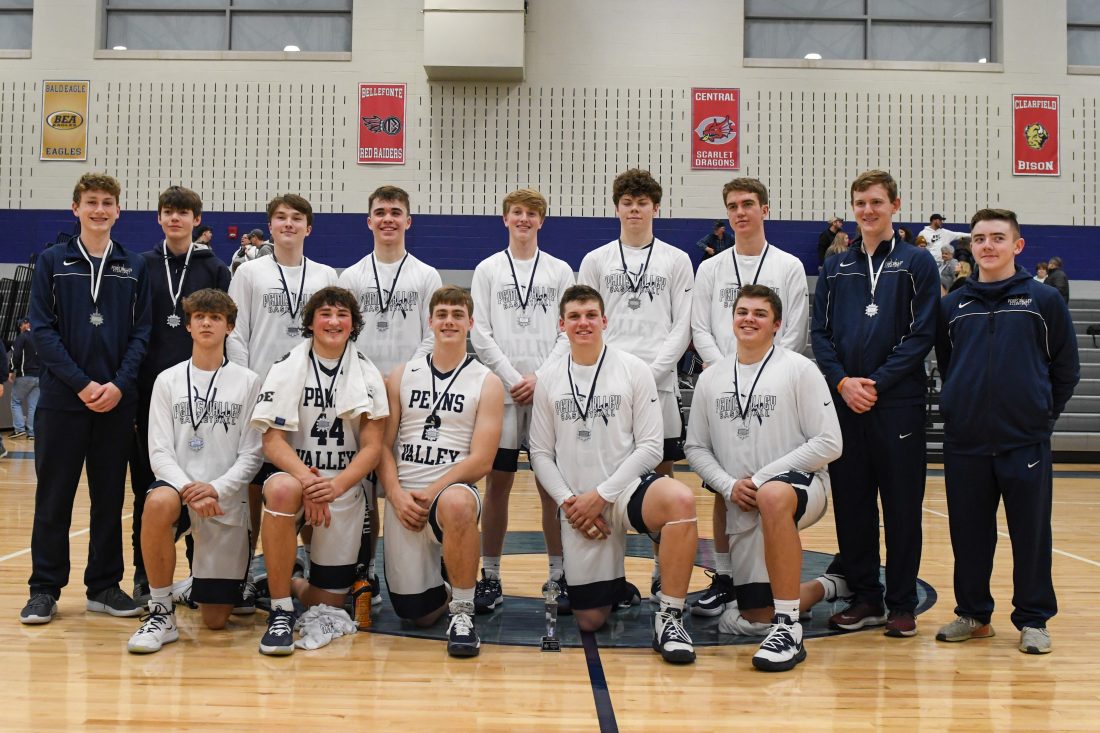 SPRING MILLS – This one was not for the faint of heart.

Penns Valley had a flare for the dramatics Saturday in its championship game of the Ram Winter Jam against a very tough Mifflinburg team.

“We were trying to throw things up against the wall to see what would work. They created some problems for us and they made their shots and we changed up some defenses there in the third to help us get back into the game,” said Penns Valley coach Terry Glunt. “Once we got into it some of the young kids made some big plays as did some of the older players. I get great leadership from these kids. It’s been since 2015 since we won this tournament last, so we have been in a little bit of a drought. I’m so happy for the kids. I have a great group of young men.”

After trying to play catch up for 2 1/2 quarters, the Rams mounted a comeback and were able to hold on in the final minute of play to capture their first Winter Jam title since 2015.

Leading the way in the comeback was Zach Braucht with a 9-point fourth-quarter effort and four from Logan Snyder to capture the 51-44 victory.

The Wildcats took a slim 37-36 lead into the final stanza.

However, the Rams got the fourth started in the right direction when Braucht stepped behind the 3-point line and hit nothing but net, giving them a 39-37 lead with 7:41 to go.

On the Wildcats next possession, Mifflinburg tied things at 39 when Connor Griffith got open on a fast break and layed it in.

Both teams slowed the ball rotation, making sure to get the best possible look at the basket it could.

Griffith got the call again as he was fouled trying to hit a trey from beyond the arc.

He missed, but was fouled on the play and made all three free throws to take back the lead at 42-39 with only 3:47 left.

Back came Penns Valley as Snyder went right through traffic and up for the lay up, cutting the Wildcats’ lead to one.

Dylan Doebler put his team back up by three thanks to an inside shot.

But the Rams weren’t deterred as they came right back to score consecutive baskets, both of which came from Braucht, making it a tie game at 44 with less than two minutes left.

On Mifflinburg’s following possession, the Penns Valley defense forced Doebler to overthrow his teammate, giving the ball back to them with 1:14 left.

With the turnover, Penns Valley calleda time out.

They opened play again, feeding the ball back to Braucht. He was fouled when going strong to the hole and made one-of-two from the line, putting them back ahead 45-44.

Again, the Penns Valley defense held tough and forced Mifflinburg to take a tough shot attempt. Snyder was there to pull down the rebound, forcing Mifflinburg to call a time out.

From there , the Rams put the game on ice, posting the next two buckets to take the 7-point victory.