Rookie Bush making Steelers’ heavy investment in him pay off 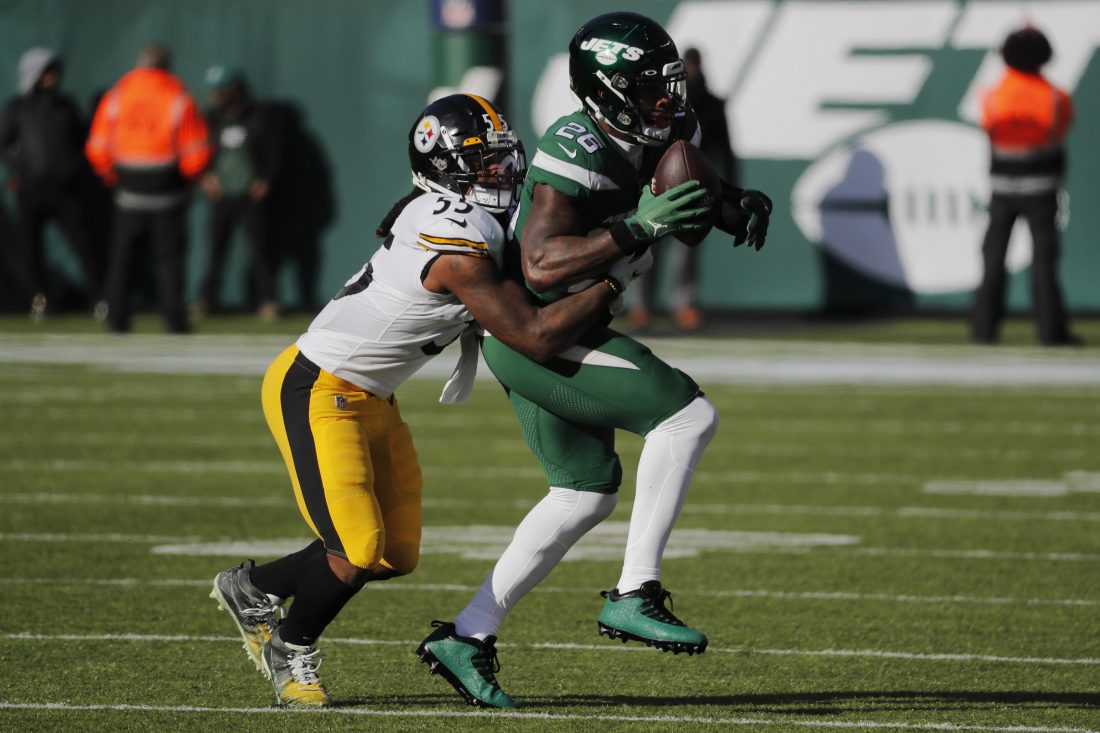 PITTSBURGH (AP) — Though he was still 20 years old at the time of the draft, Devin Bush was cognizant enough of the extraordinary for them lengths the Pittsburgh Steelers went to acquire him.

“I just want to thank Steelers organization for believing in me and trusting in me,” Bush said while accepting the team’s rookie of the year award Friday, “and obviously in doing such unusual things to get me.”

The “unusual things” Bush referred to were trading up to select among the top 10 of the draft for the first time since 2000. They dealt second- and third-round picks to the Denver Broncos to move up from No. 20 to take the speedy inside linebacker.

The Steelers hadn’t traded up that many spots in the first round since they targeted Troy Polamalu in 2003. This past spring, though, they felt that Bush was the perfect piece to infuse into the middle of their defense, the closest thing to Ryan Shazier they’d encountered since Shazier last played before suffering a spinal injury in December 2017.

The early returns have been solid through 15 games. Bush already has the most tackles (97) by a Steelers rookie. He’s played 82% of the Steelers’ defensive snaps and ranks second on the team in tackles.

But what gained him the most notice earlier in his rookie season were what Steelers coach Mike Tomlin calls “splash plays.” In addition to the team-high 45 tackles he had over his first six games, Bush had two interceptions, a sack and a fumble recovery returned for a touchdown — all before his first NFL bye week.

That momentarily put Bush in the discussion for NFL Defensive Rookie of the Year. Bush arguably has been increasingly consistent as the season has gone on, even if the awards talk cooled because the big plays haven’t showed up as often lately.

“Those are the type of plays that make you great,” Bush said. “Can’t keep making those plays all the time. I think guys later in the season, that’s what makes players and defenses really good, when you make those plays in those crucial moments.”

Bush dismisses the “rookie wall” cliche, and hasn’t shown obvious signs of wearing down playing in the middle of a Steelers defense that has been among the best in the NFL this season. If anything, the Steelers are more dependent on Bush now than they were earlier in the schedule when he had more of a rotational role with veterans Mark Barron and Vince Williams.

Defensive coordinator Keith Butler said Bush has improved throughout the year because he’s adjusting to playing more often in a zone-based scheme after almost exclusively being in man-to-man defenses at Michigan.

“(Zone) is a little bit more difficult,” Butler said. “As a rookie you kind of keep quiet and see what everyone else is doing around you. You keep quiet because you’re a rookie. He’s getting older, and the older he gets, the more confident he feels in talking.

NOTES: The already offensively challenged Steelers will be without two established starters for their regular-season finale Sunday: Pro Bowl center Maurkice Pouncey (knee) and 2018 Pro Bowl running back James Conner (quadriceps). The rest of the roster, though, was cleared to play against the Baltimore Ravens after practicing fully Friday. A win could boost Steelers into the playoffs. … Defensive lineman Cameron Heyward was chosen as winner of “The Chief Award” presented to the Steelers player who best exemplifies cooperation with the media. It was the second time Heyward won the award, which is named in honor of Steelers founder Art Rooney Sr.