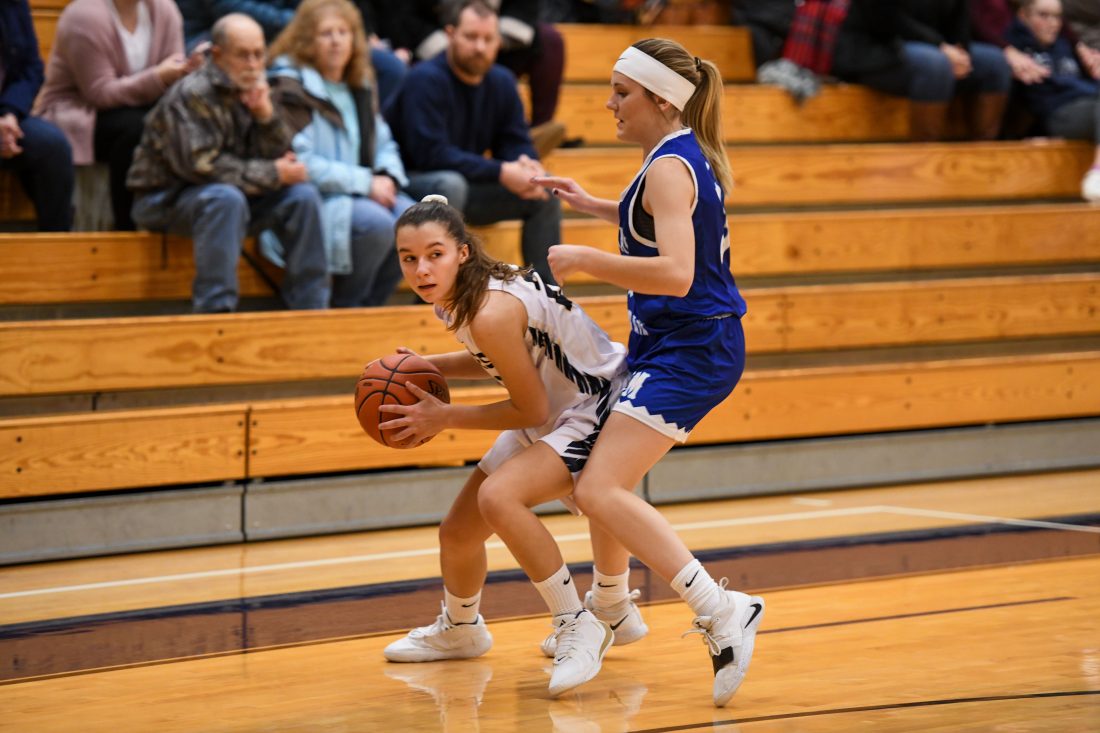 The holiday season finally came to a close and with that brings Central Mountain Wildcat athletics back into full swing.

Albeit a short week athletically, the Wildcats had to adjust back into game mode as the winter season continues on.

The Central Mountain girls basketball team continues to showcase their improvement in unprecedented fashion. The Wildcats went 1-1 on the week after a long winter break layover, taking home a huge road win over Bald Eagle Area and dropping an overtime thriller against Shikellamy.

The Wildcats now sit at 4-3, and enter a stretch where they have the opportunity to make a move up the conference standings with some statement wins.

“We were able to work on some things over the break we were able to apply to the games and get a win at Bald Eagle Area. We battled Shikellamy on the road in overtime. Shikellamy beat us by 29 last year. We’re improving against teams,” head coach Scott Baker said.

The Wildcats sit in the gutter of the Heartland Conference Standings, but that speaks nothing in terms of the improvement shown for a team that two years ago lost each game by an average of 39 points.

“Just continuing to grow, that’s the big thing. We have an away game and we get to return home for a few games which has been awhile so we’re looking forward to that,” Baker added.

The team is sure to be in contention for playoffs and look poised to continue this impressive program turnaround as they transition back into the heart of the season.

The boys basketball team is in the midst of a rough patch after a road loss to Shikellamy for their third straight defeat.

“We have to find a way to be consistent, when you’re scoring the ball well, like at Shikellamy, and then you throw up a three spot, it’s just about consistency,” head coach Tyler Bardo said.

The Wildcats are battling teams this season that quite frankly made sure it wasn’t a competition just a season ago. The wildcat bench is giving sparks and giving them the confidence to make runs while the starters rest, and they seem to be so close to turning the corner in what could be an important stretch needed to earn a playoff berth.

“I’m seeing good things happening with our defense but our turnovers and things of that nature are forcing us to play too much defense. We have to clean up the repetitive mistakes and hope that helps us moving forward,” Bardo said of what he sees in his team currently.

The Central Mountain Wildcat Wrestling program continued their hot start to the season with yet another dual meet win over Milton this week. The Wildcats now sit at 5-0 in dual meets and are confident as ever.

The Wildcat wrestling program has been a consistent force that continued into the 2019-2020 season as they have yet to lose a dual match in the Heartland Conference since joining it.

The Wildcat wrestling team is the clear cut victor this New Year’s week as the win against Milton counted as the 37th consecutive HAC-I victory for the squad. The Wildcats are a Jan, 21 dual-meet win away from winning a sixth HAC-I title in a row.

The Central Mountain boys basketball team returns to action Tuesday at Selinsgrove before a home rivalry game against Jersey Shore on Friday.

The Wildcat girls basketball squad enters an important stretch this week. After traveling to Tyrone on Monday they play host to conference opponents Selinsgrove and Jersey Shore with conference standings on the line.