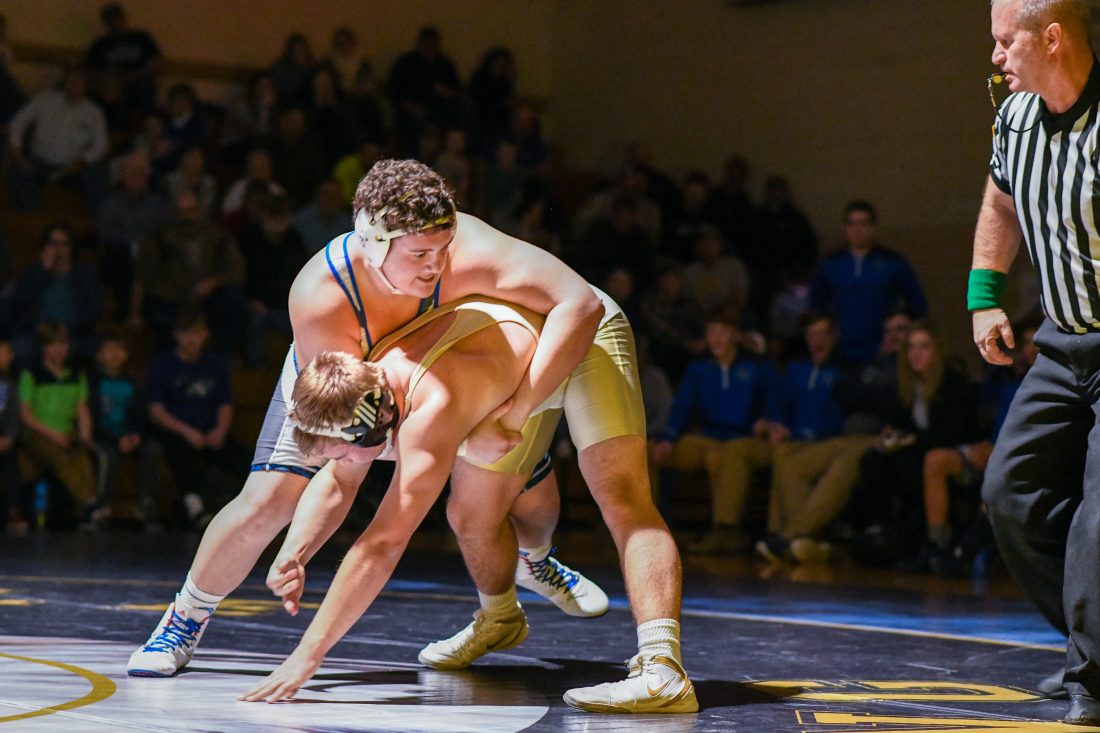 The Central Mountain Wildcats had an up-and-down week in the athletics department as they head into the grind that is the second half of the winter season. The Wildcats’ seasons are in a much more competitive situation than in years past as the Central Mountain winter programs look to rejuvenate the culture moving forward.

The Wildcats sitting at 3-8 may be the most misleading record of the entire winter sports lineup. The Wildcats have battled throughout every game besides one, and the eight double digit losses amass to a stretch of minutes that stuck the nail in the coffin.

If the Wildcats can find a way to eliminate rough stretches in the third quarter of losses they are poised to make an impact in the district playoffs if they capitalize down the stretch in crucial games.

The Wildcats fell this week to a very impressive Danville and Huntingdon team while rebounding with a comeback win against Selinsgrove.

“We have to just stay the course and make pushes to get better every day. In order to meet the long-term goals we have to stay focused on one game at a time starting tomorrow at Lewisburg,” head coach Tyler Bardo said.

“This was a week that presented some challenges for us. Losing another starter and having a slow start in that game but we had some very good positives with Evan Baker hitting the three to go up for the first time with :40 seconds left in the game against Selinsgrove after replacing an injured player,” he continued.

The Wildcat girls basketball team continues their uncanny program turnaround sitting at 5-6 after going winless for two consecutive seasons. Head coach Scott Baker leads the charge in the culture change as they push into the grind of the second half of the season.

The Wildcats dropped a tough road competition to Danville while rebounding with a home win against Milton by nine after being tied at the intermission.

The Wildcats will face two conference opponents this week as they try to pull themselves out of the gutter of the HAC-I conference regardless of their impressive turnaround.

“We rebounded pretty well and picked up a hard -ought win to get back into the win column,” head coach Scott Baker said.

“We got good momentum for three straight home games heading into this week,” he continued.

The Wildcat swim team had an up-and down-week that included a split win against Central Columbia this week with the girls taking home the victory.

“There were a lot of good swims tonight. The whole way up-and-down the line we had great swims from our seniors, our bottom swimmers. Everybody pitched in,” said Central Mountain coach Jim Merinar. “Two girls volunteered to swim events they never do. The last two relays they really put it together and won close ones.” Head coach Jim Merinar said of his team’s performance.

Player(s) of the Week

Evan Baker stepped up to the plate after losing yet another starter to injury for the Wildcat basketball team as he hit the go-ahead three to get the Wildcats back on track after losing two consecutive games to start the week.

“You always know what you’re gonna get from Evan with the effort he’s gonna put forth and he’s gonna go out there and do everything he can for you. The shot he took is one we practice all the time and it’s not one a lot of people expect him to take, and when he took the shot you could tell he was completely comfortable with it,” head coach Tyler Bardo said.

Avery Baker stepped up to the plate and made an impact in place of area-leading scorer Quinlynn McCann this week, earning her spot as player of the week as she posted 13 points and 19 points respectively this week, leading the team to a win in the second game of the week. She was 7-8 from the free throw line and dominated the boards.

The Wildcats enter a stretch they haven’t been used to as the basketball teams have the opportunity to change conference standings and solidify playoff appearances down the stretch.

The boys this week will travel to Lewisburg Monday, Hollidaysburg Wednesday and host Mifflinburg in a conference matchup Saturday.

The girls will have a nice stretch of home court advantage as they host Hollidaysburg, Selinsgrove, and Mifflinburg.

The Wildcat wrestling team will take on Selinsgrove at home Tuesday, Friday they travel to Bellefonte for area bragging rights in what looks to be a perennial area matchup.