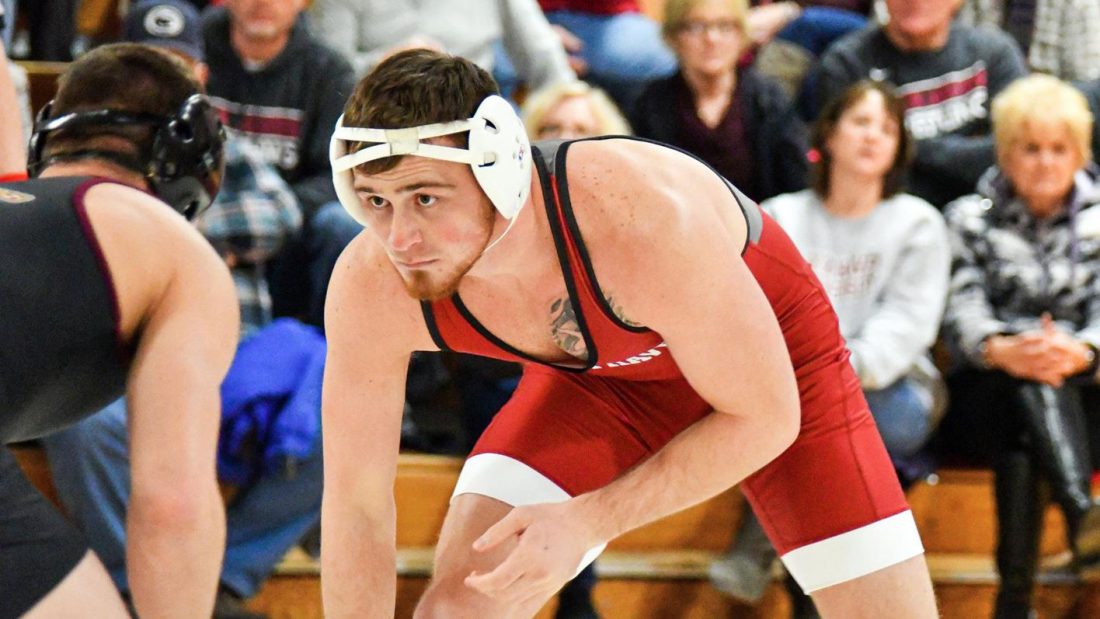 FAIRFAX, Va. – The Lock Haven University wrestling team (6-4, 2-2 MAC East) got off to a quick start, winning the first three bouts of the dual and Bald Eagle’ bonus points were a big part of the story throughout as LHU bounced back in a big way, downing host George Mason (7-4, 2-1 MAC East), 25-17.

The Bald Eagles won the first three bouts of the meet with those wins coming by way of two techs and a major as the visitors jumped all over GMU from the start.

Saturday’s dual at GMU marked LHU’s third road match in as many days. With the win, Lock Haven moved to 6-4 overall and back to .500 (2-2) in Mid-American Conference (MAC) Eastern Division action.

Werner got things rolling from the start and the nation’s 15th ranked 125-pounder picked up a 16-1 tech fall over Talha Farooq. The win put Lock Haven up 5-0 early and helped Werner cap a perfect 3-0 road trip.

At 141, it was a top-30 battle and Shoop flexed his muscle. The nation’s 19th ranked wrestler took down No. 28 Alex Madirgal in dominating fashion. Shoop picked up a 15-0 tech fall and helped Lock Haven extend the lead to 14-0. LHU’s all-time leader in career techs, it was Shoop’s fourth tech fall this season. He now has 122 career wins, one win away from tying him for the No. 3 spot on school’s career-win list.

The hosts posted back-to-back wins at 149 and 157, including a pin at 157, which tightened the team score to 14-10 in Lock Haven’s favor after the first five bouts of the dual.

Bell put the momentum back in the Bald Eagles’ favor with a major decision at 165. It marked LHU’s fourth win of the dual, all of which had come by bonus point to this point in the match. Bell overpowered GMU’s Ryan Yorkdale on the way to the 15-2 major. After the Lock Haven win at 165, the Bald Eagles led 18-10.

McClellan sealed the win for Lock Haven with a major decision at 197. He dropped Ramses Montalvo, 10-0 and iced the road win for the Bald Eagles.

The Bald Eagles will return to action at home on Saturday, January 25 as they play host to No. 20 Army West Point at 7 p.m. in non-conference action.