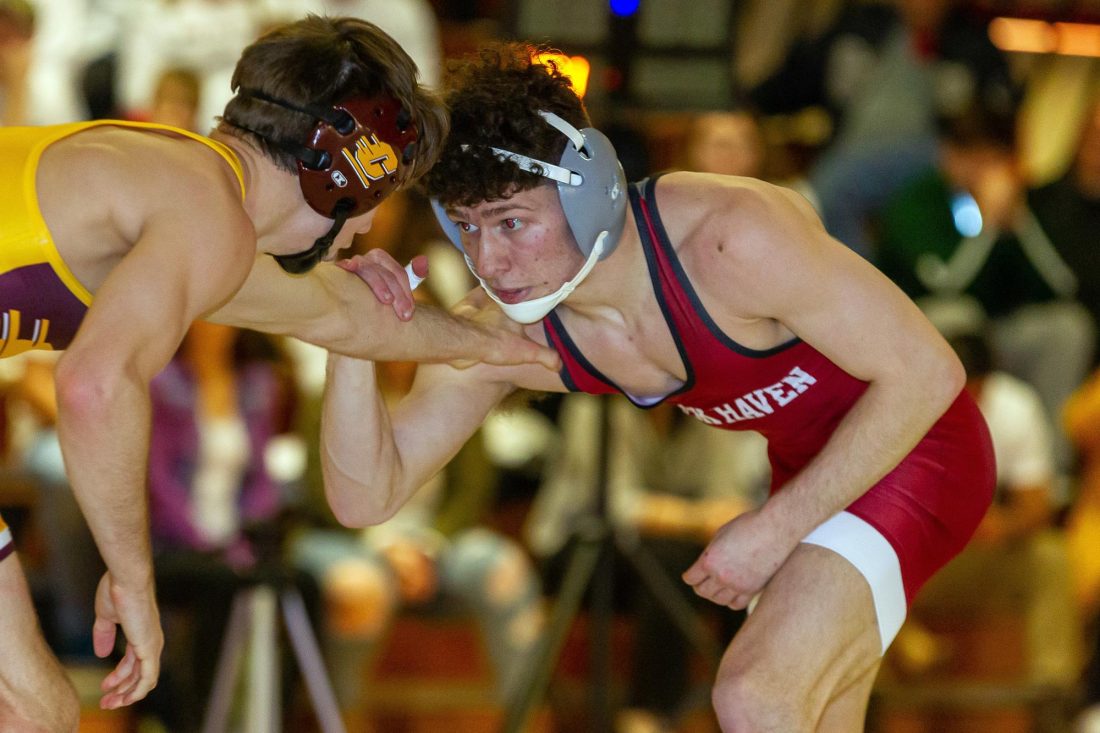 LHU comes off of a 1-2 road trip, which closed with a 25-17 Mid-American Conference (MAC) Eastern Division win over George Mason last Saturday. The Bald Eagles began the trip Thursday with a setback at non-conference Appalachian State, then followed it up the next night with a loss at MAC East foe Old Dominion. The Bald Eagles hold a 6-4 dual meet record coming into this tilt.

The Thomas Fieldhouse should be packed, as the students are back in town and Lock Haven faces one of its toughest opponents of the season. Seven out of the ten athletes in the projected lineup for the Black Knights are nationally ranked. On that list are four wrestlers ranked inside the top 20 in the nation per trackwrestling.com. Army enters the contest with a 7-2 overall record, with its only losses coming narrowly to nationally ranked Wisconsin and North Carolina.

The match falls on LHU’s Military Appreciation Night, meaning that all veterans receive free admission to the match. Additionally, the first 25 veterans through the door will receive a free t-shirt.

Lock Haven has not been able to maintain a healthy dual meet lineup this season. Two-time national qualifier Corey Hazel missed the three-match road stretch, as the 184 pounder has been hindered with an injury since the Southern Scuffle at the beginning of the month. If he’s unable to go, redshirt-junior Ray Bernot will get the call.

Fellow redshirt-senior, Alex Klucker, has been hampered with injuries to a lesser degree. Now ranked No. 33, Klucker will get a tough test in facing Army’s No. 12 Markus Hartman in the match. Klucker didn’t wrestle at App State, but suffered losses against Old Dominion and George Mason.

One Bald Eagle that missed some time earlier in the year is Luke Werner. The junior has represented LHU incredibly well when active at 125 pounds this season. He holds a No. 15 ranking at that spot, as he enters this match 22-4. Werner was named MAC East Athlete of the Week Wednesday, marking the third time he has earned the award this season. The Bethlehem native is slated to face Army’s Trey Chalifoux, who comes in 12-5. Chalifoux defeated Werner 7-5 in the 2018 Black Knight Invite.

A prime matchup to look forward to occurs at 174 pounds. Two nationally ranked seniors face each other there, as LHU’s No. 32 Jared Siegrist takes on No. 14 Ben Harvey of Army. Siegrist looks to improve to 20-9 on the year, and win his third straight match. The Manheim native is seeking his first appearance at nationals, so a potential win against Harvey could go a long way towards that.

This dual meet kicks off the first of four consecutive home matches for Lock Haven. The Bald Eagles host Edinboro on February 6, Rider on February 7, and close out the regular season February 22 against Cornell. LHU hopes to get its lineup completely healthy for those final three matchups. The excitement of facing a nationally ranked team at home and the opportunity for an upset is on the table Saturday.