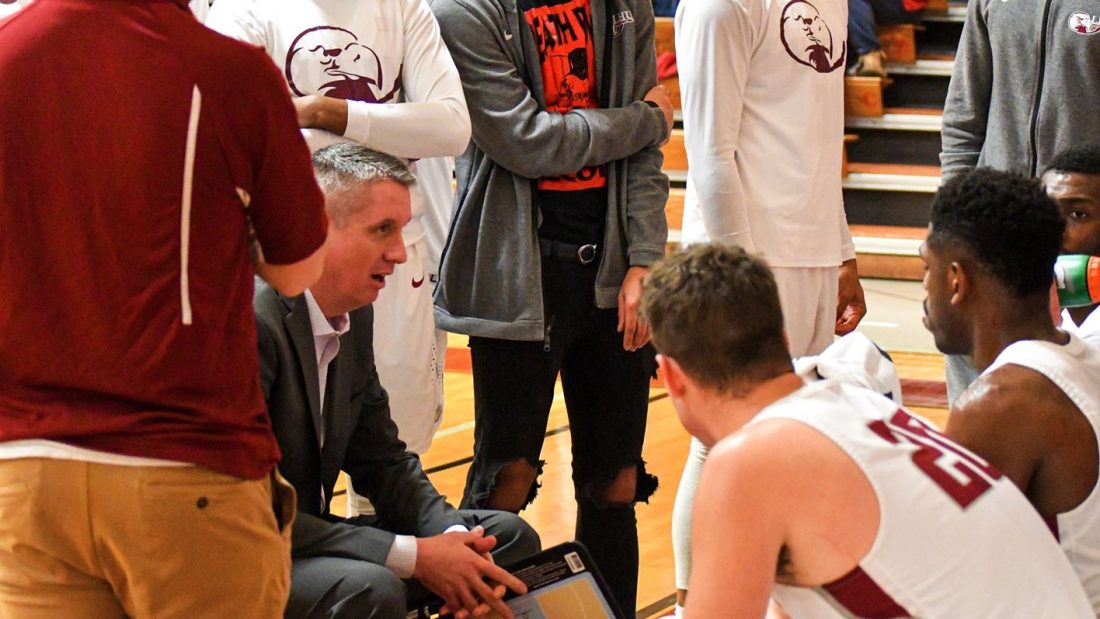 The Haven enters the matchup sitting at fifth place in the Pennsylvania State Athletic Conference (PSAC) East division in a deadlock between Shepherd and Kutztown all tied with a 9-11 conference mark. A win over the Warriors for the Bald Eagles could go a long way towards securing a playoff spot with only two games remaining in the regular season.

East Stroudsburg currently sits in second place in the East division and have locked themselves into a playoff position. The Warriors balanced offense is led by a trio of players who all average at least nine points per game. Michal Weiss leads the way at 9.8 per game followed by Marc Rodriguez at 9.5 and Kitt Najee Walls with 9.2 points per game. In total ten players for East Stroudsburg score at least five points per game and the Warriors are among the best in the conference in sharing the rock.

Christian Kelly continues to pace the Bald Eagles offensively and remains second in the PSAC in scoring averaging 21 points per game. Matt Cerruti also ranks among the tops in the league averaging 17 points per game.

LHU attacks the glass and currently has two players inside the top ten in the conference for rebounding. Kelly sits in sixth place at 7.7 while Nasir Campbell places tenth at 7.3 rebounds per game.

The Bald Eagles assert their dominance in the paint and lead the PSAC in blocked shots with 5.04 per game. Kelly places second in the conference with 1.8 per game and Jesse McPherson sits just behind him in fourth place at 1.5 per game.

LHU is among the tops in the conference sharing the ball and currently ranks fourth with 14.96 assists per game. Their unselfish attitude is led by Trevor Lecuona who leads the team with 92 assists on the season.

The Bald Eagles cap the regular season on Saturday, February 29 on the road against Millersville. That game is scheduled for a 3:00 p.m. tipoff.