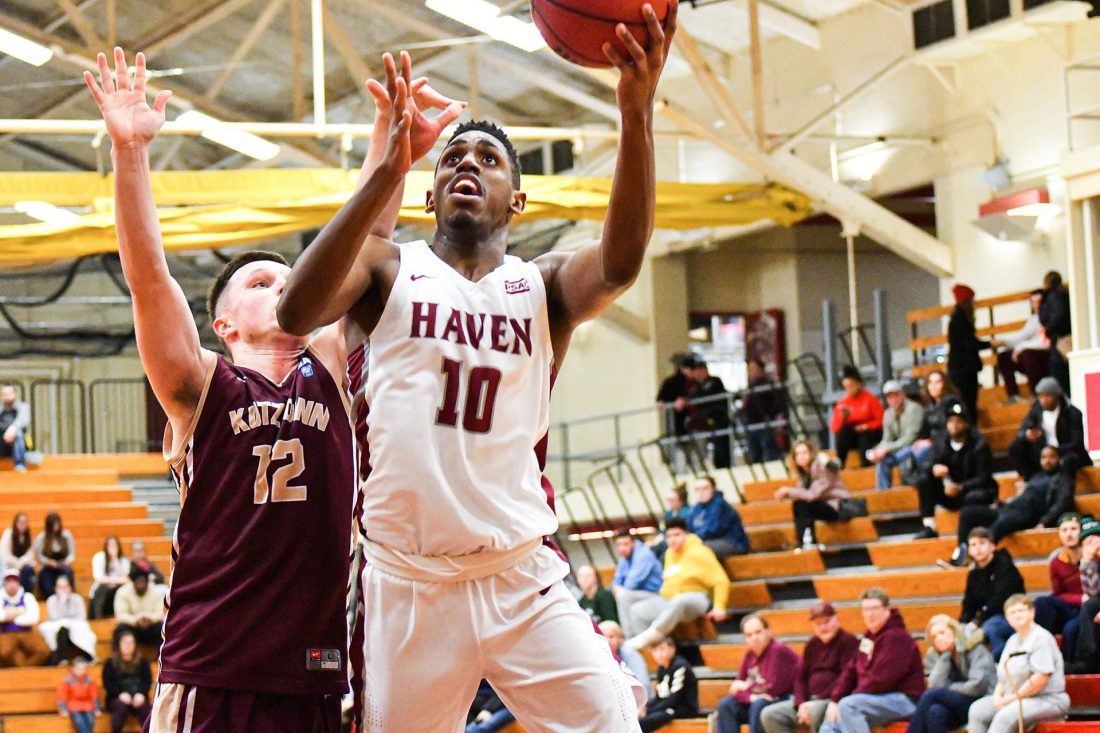 Kelly and the Bald Eagles started quickly in the first half thanks to 52 percent shooting from the field and built up a 47-32 halftime lead.

The Haven kept rolling in the second half and led by as many as 18 points and cruised home for the big Pennsylvania State Athletic Conference (PSAC) East Division win, 91-74.

On his historic afternoon, Kelly paced all scorers racking up 26 points and ten rebounds. With 4:18 to go in the game, the senior guard drew a foul and went to the line for the momentous free throws. Kelly then drained both free throws with ease to the delight of the Haven faithful. Kelly was a perfect 9-9 from the free throw line and added two blocks and two steals to his performance.

Kelly becomes the 21st one thousand point scorer in LHU history, and the sixth player to reach the milestone under the leadership of head coach Mike Nestor.

Nasir Campbell (Philadelphia/ Simon Gratz) continued his dominance on the glass adding another ten rebounds along with nine points, and the Haven held a 40-34 advantage in rebounding.

Lock Haven will return to action on Saturday, February 15 when they travel to Shippensburg. That game is set for a 3:00 p.m. tip.