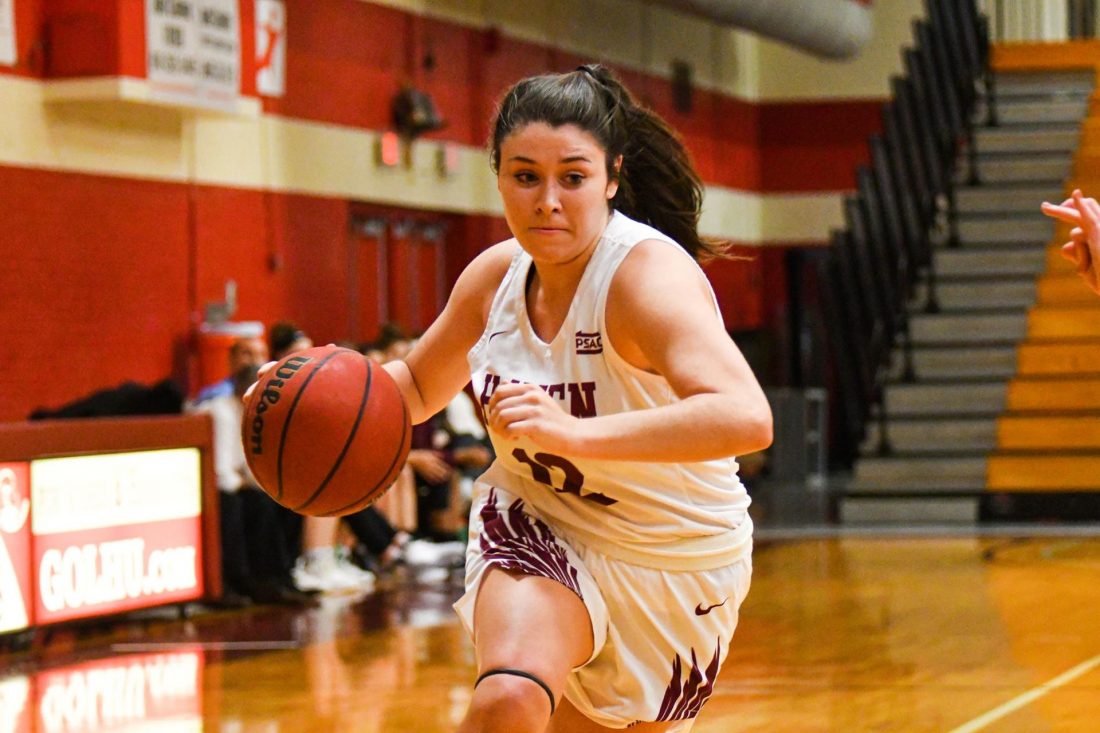 The Bald Eagles got on the board early, jumping out to a 5-0 lead in the first minute of play. LHU would continue to control play for most of the first quarter, building up a seven-point lead as the Bald Eagles held a 21-13 advantage at the end of the period. An eight-point run from the Golden Bears at the start of the second quickly tied up the game, marking the start of a gritty battle between the two teams as they exchanged the lead back-and-forth for most of the quarter. Back-to-back jumpers from Kutztown would give the Golden Bears a four-point advantage with just over two minutes left, but Bink Redman (York, Pa./William Penn) nailed a jump shot of her own with just 20 seconds left to make it 32-30 going in to halftime.

The back-and-forth continued at the start of the third, as the two teams exchanged the lead three times before the Golden Bears grabbed on to the advantage permanently on a three-pointer with 6:29 left in the quarter. Neither team would score for the ensuing three minutes, but a few late baskets from Kutztown would give the Golden Bears a 45-40 lead as the game headed to the final quarter.

Lock Haven fought hard in the beginning of the fourth, cutting the deficit to just two points on two different occasions, but the Bald Eagles were unable to retake the lead. The Golden Bears started to separate themselves in the final minutes, pushing the lead to 10 points. Despite some clutch threes in the final minutes, LHU couldn’t tie things up, falling to Kutztown 61-70.

Rileigh Devine (Etters, Pa./Red Land) finished in the double-digits for the third consecutive game, leading the Bald Eagles with 26 points, a season-high for the senior. Freshman Marena Lonardi (Elizabethtown, Pa./Elizabethtown) added 14 points, 12 of which came from outside the arc. Lonardi’s four three-pointers ties her career-high, which she set earlier this week when she recorded four 3’s against Mansfield on February 5.

Falling just one point short of a double-double, Redman notched nine points, 10 rebounds, and a steal while tying a season-high 35 minutes on the court. This was Redman’s second consecutive game recording 10 rebounds.

UP NEXT: The Bald Eagles will return to the court next Saturday, Feb. 15 when they travel to Shippensburg to face the first-place Raiders. Tip-off is set for 1:00 p.m.