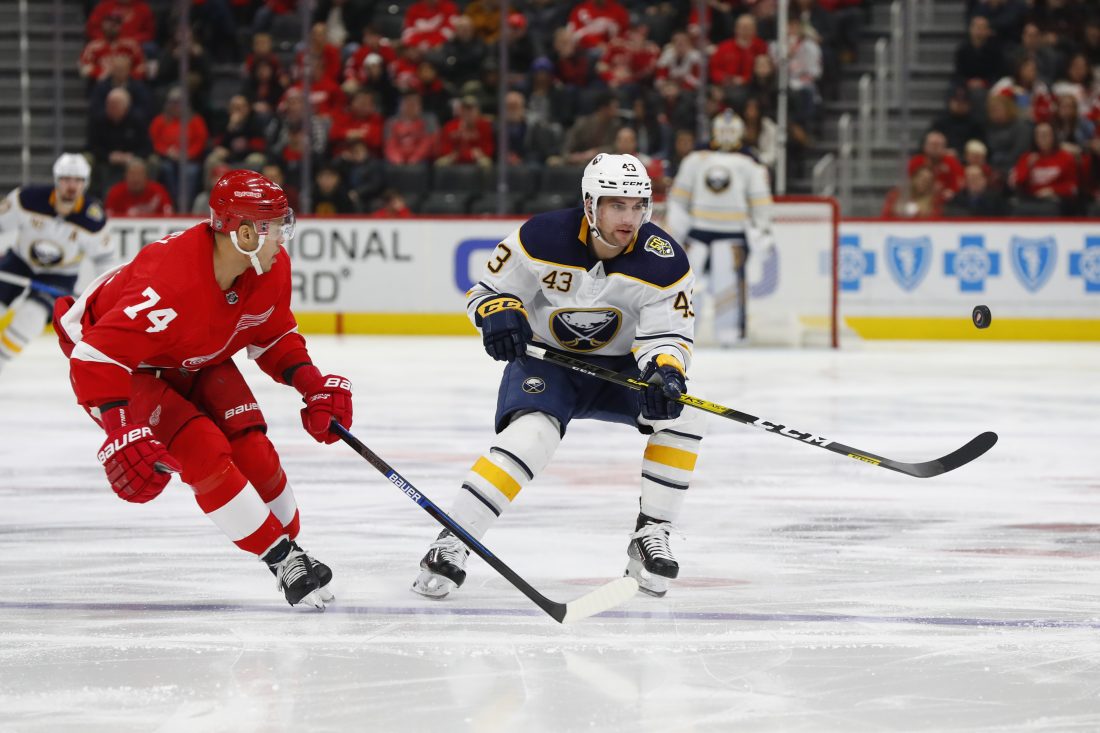 Patrick Marleau has been chasing the Stanley Cup for 22 seasons. The veteran winger hopes a move to Pittsburgh will finally let him catch it.

San Jose dealt the 40-year-old Marleau to the Penguins during Monday’s trade deadline. The struggling Sharks will get a 2021 third-round pick from the Penguins that becomes a second-rounder if Pittsburgh wins the title this year. The Penguins denied Marleau and San Jose during the franchise’s lone appearance in the Cup finals in 2016, taking the series in six games.

Pittsburgh, currently two points behind Washington for the top spot in the Metropolitan Division, also acquired forwards Conor Sheary and Evan Rodrigues from Buffalo in exchange for forward Dominik Kahun. The move is a reunion for Sheary, who won the Cup with the Penguins in 2016 and 2017 before being moved to the Sabres due to salary cap issues.

“We feel good about our team,” Pittsburgh general manager Jim Rutherford said. “We have felt good about it all year. We feel better today. … Hopefully we get healthy in the next week or two, we have a whole team and see what we really got.”

Marleau won’t have to travel very far to catch up with his new team. The Penguins begin a three-game swing through California on Wednesday night when they face the Los Angeles Kings. The trip includes a visit to San Jose on Saturday.

Rutherford believes Marleau can still play with speed, likening his potential role to the one center Matt Cullen — who earned the nickname “Dad” while playing well into his 40s — filled as the team’s elder statesman during its run to back-to-back championships.

“His desire to get that ultimate prize is going to be big for him,” Rutherford said. “His time is running out. He’s going to be a good player for us.”

Marleau returned to the Sharks earlier this season after spending the first 19 seasons of his career in San Jose. He has 10 goals and 10 assists in 58 games and still has the quickness that made him one of the league’s most consistent scorers the past two decades.

He spent the previous two seasons in Toronto, recording 43 goals and 41 assists, but was traded to Carolina last offseason in a move to shed salary and then bought out by the Hurricanes when he didn’t want to play there.

Marleau has been one of the most durable players with his 846 consecutive games played ranking fifth all-time. He has played 1,715 games in his career since being drafted second overall in 1997. He ranks fifth all-time in that category and trails record-holder Gordie Howe by just 52 for the most ever.

“Patrick is one of the most iconic players to ever wear the Sharks uniform,” San Jose general manager Doug Wilson said. “Although we have had a disappointing season in San Jose, he deserves every opportunity to have a chance at winning a Stanley Cup, and we’re happy to help accommodate that. We wish him the best of luck.”

Marleau has 561 goals and 625 assists in his career to go along with 68 goals and 52 assists in 177 playoff games. With the Sharks mired in 13th place in the Western Conference, this deal gives Marleau another chance at the postseason as he seeks his first Stanley Cup championship of his career.

Sheary, who was traded to Buffalo in the summer of 2017, struggled to find consistency with the Sabres. He collected 23 goals and 53 points in 133 games, including nine goals and 19 points this season. Rutherford said Sheary was “pretty pumped” about rejoining the Penguins. Rodrigues is leaving Buffalo after requesting a trade two months ago over his lack of playing time.

Rutherford, who also brought in forward Jason Zucker from Minnesota earlier this month, believes the new additions will take some of the pressure off the top three lines, easing wear and tear on stars Sidney Crosby and Evgeni Malkin as the postseason approaches.

“Certainly the guys we got can move around, up and down the lineup, can move to the opposite wing or the center,” Rutherford said. “The Penguins have improved.”