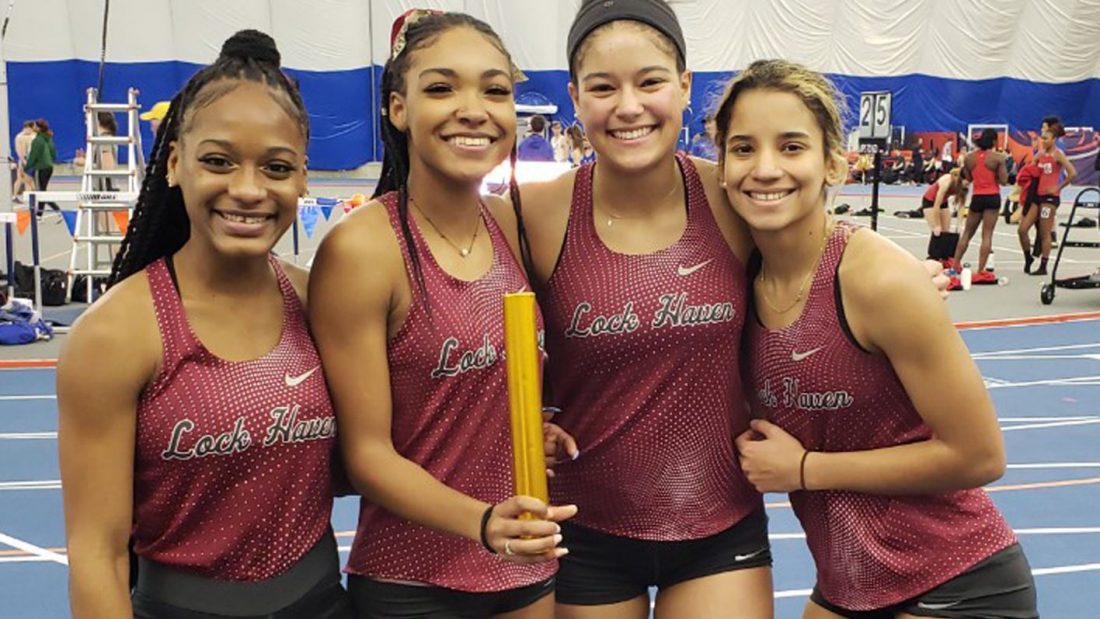 LHU’s historic relay effort in the 4×2 opened the day. Owens and Long teamed up with Ana Concepcion (Allentown, Pa./Louis E. Dieruff) and Kayla Brathwaite (Arouca, Trinidad & Tobago/Bishop Anstey East), and the four ran 1:46.37 for the win, besting second place by four seconds and topping the seven-team field with the third-fastest time in Lock Haven history. It was the fastest time run by the Bald Eagles in nearly two decades.

Owens won the 60-meter dash with a time of 7.84. The time established a new facility record and the PSAC time was just shy of her season-best. She ran 7.88 in the prelims. Owens, a key member of the Bald Eagles historic day-opening relay effort, was busy and she added a strong showing in the 200. At 200 meters, Owens was fourth with a PSAC time of 26.42.

Arianna Moyer (Enola, Pa./Bucknell) was fifth overall in the weight throw with a big season-best mark of 46-03.25.

Billie Jo Bollinger (Manheim, Pa./Manheim) added a sixth-place showing in the 60-meter hurdles with a time of 9.70, a PSAC time. In the prelims, she ran 9.57.

Lock Haven tallied 91.5 total points Saturday, the second most of any team in the 23 team women’s field.