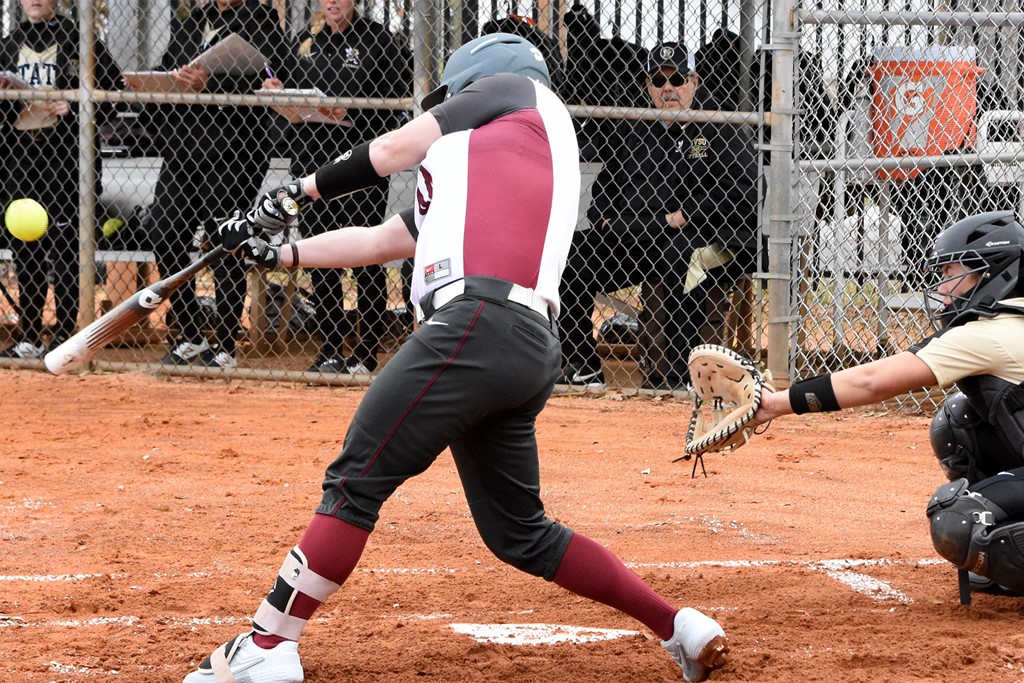 WINTER HAVEN, Fla. – The Lock Haven University softball team split on Day 2 action in Florida. The Bald Eagles opened the day with a 6-2 loss to Malone, before earning a come-from-behind 3-2 win over Fairmont State, thanks to an offensive eruption that was sparked by two home runs in the fifth.

After Tuesday’s games, LHU is 5-7 overall on the season.

In the 6-2 loss to Malone, Lock Haven scored its two runs on five hits. All five came from different players, including Casey Carpenter (Spring Brook, Pa./North Pocono), who had a RBI-double. Kinley Gioglio (Stroudsburg, Pa./Stroudsburg) pitched in relief and struck out three.

Lock Haven rallied late and used a special fifth inning to slip by Fairmont State, 3-2. Trailing 2-0, the Bald Eagles got back-to-back home runs in the top of the fifth from Carpenter and Sydney Arrigale (Blackwood, N.J./Highland Regional). Carpenter hit a two-run shot, before Arrigale’s solo homer, and the combined three runs proved the difference in the outcome.

In the win, Mikayla Ruppert (Bethlehem, Pa./Liberty) was 2 for 4 at the plate, while Rachel Gricoski (Frackville, Pa./North Schuylkill) was 3 for 4. In total, LHU had eight hits as the bats came alive.