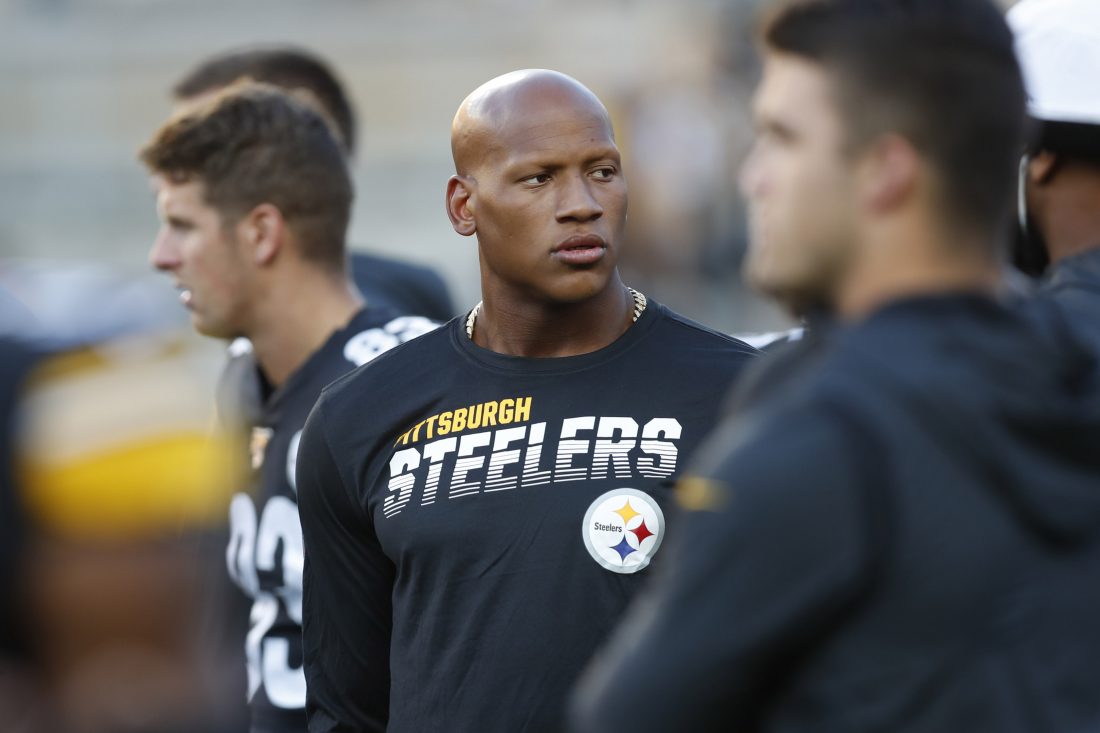 FILE - In this Aug. 9, 2019, file photo, Pittsburgh Steelers Ryan Shazier, center, watches warmups before an NFL preseason football game against the Tampa Bay Buccaneers in Pittsburgh. The Pittsburgh Steelers have placed the inside linebacker Ryan Shazier on the reserved/retired list. But the team says the move doesn't rule out the possibility of Shazier playing again. (AP Photo/Keith Srakocic, File)

PITTSBURGH — Ryan Shazier’s NFL career is over. For now at least.

The Pittsburgh Steelers placed the inside linebacker on the reserved/retired list on Tuesday. Shazier spent the last two seasons on the Physically Unable to Perform list while recovering from a spinal injury suffered in December 2017.

Steelers general manager Kevin Colbert called the move “a matter of protocol” so the club could “ensure his continued inclusion within our organization moving forward in his professional career.”

The 27-year-old Shazier was in the midst of a breakout season when he hit Cincinnati Bengals wide receiver Josh Malone in the back with his helmet during a Monday night game on Dec. 4, 2017. Shazier laid motionless on the ground for several minutes before being taken to the hospital. He underwent surgery three days later to stabilize his spine.

The 2014 first-round pick has vowed repeatedly that his career is not over. He has made remarkable strides in the two-plus years since the injury. After initially losing the feeling in his legs, he is now walking without a cane and has continued to work out in hopes of one day being cleared to play again.

Shazier has remained a fixture around the team, working as a scout and a de facto linebackers coach, mentoring teammates like 2019 first-round pick Devin Bush. His No. 50 jersey and other personal effects are still hanging inside his locker and Colbert said in January that no matter Shazier’s contract status, the door remains open.