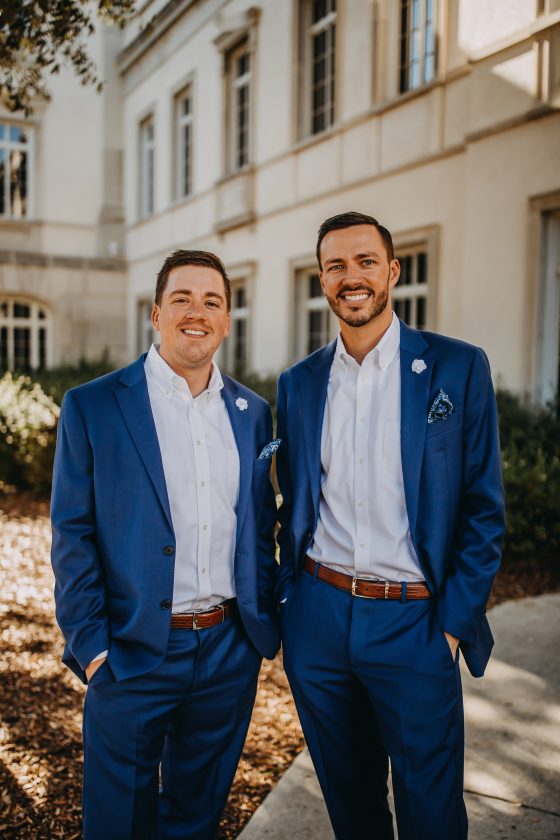 PHOTO PROVIDED Stephen and Jonathan Pribble stand together for a photo. The two were standout athletes at Central Mountain in the 2000s.

A popular last name at Central Mountain in its early years was Pribble. Jonathan was a standout on the basketball court and had his fair share of success on the football field as well. His younger brother Stephen was primarily focused on football but also spent some time on the hardwood.

The Pribbles, sons of Randy and Barbara, parlayed their high school sports experiences into much more. Jonathan graduated in 2002. As a Wildcat, he put together a solid career that included being a third-team Class AAAA all-state defensive back and Lezzer Lumber Classic Offensive MVP in football. He was also a 1000-point scorer and Mountain League MVP in basketball.

In fact, his exploits were good enough to earn him a spot in the Central Mountain Sports Hall of Fame. Upon graduation, he went on to Lycoming College where he excelled as a member of Lycoming’s basketball team.

Perhaps to simply say that he excelled would be an understatement.

Jonathan helped to lead the Warriors to the MAC championship in 2004. For his accomplishments at the collegiate level, he was selected to the Lycoming College Sports Hall of Fame. He majored in marketing with a minor in communications and graduated in 2006.

He spent time as a marketing intern with the Williamsport Crosscutters. Since graduation, he held numerous jobs, several of which kept him connected to sports. He’s been a sales account executive for the Augusta Greenjackets in the Ripkin Baseball League as well as Director of Business Development and Membership for the Champions Retreat Golf Club.

Currently, the older Pribble resides in Kansas City, Missouri, where he is district manager for inflammation business unit at Horizon Therapeutics. He is married to Amanda Jones Pribble, who was herself a basketball player at Lock Haven.

In his free time, he enjoys golfing and reading. Most assuredly his free time is a little less these days though because Amanda made herself and Jonathan proud parents three weeks ago with the birth of Jonah Hugh.

Jonathan says that the most enjoyable moment of his sports career in high school was beating State College in basketball at home his senior year.

“We were a huge underdog, and it took a total team effort to get the win,” he said.

His most memorable moment in college was cutting down the net after winning the MAC championship.

When asked about how his time at Central Mountain helped to prepare him for his time after he said “for the majority of my career at CM, we didn’t lose in basketball. It wasn’t because we were the most talented every time we took the floor, but because we weren’t going to be out-worked or under-prepared. It’s a testament to our coaching and our leadership. Our practices were intense. We fought each other, and we went at each other, nobody liked losing. I tried to take that same blue-collar mentality with me to Lycoming.”

Younger brother Stephen had huge shoes to fill when he arrived at Central Mountain, but rather than be intimidated by the huge success that his brother had, he choose his own path.

Stephen played basketball and ran track, but it was on the gridiron where he placed most of his efforts. Those efforts paid off as he earned first team all-Express honors and a first-team all-area selection as a junior and senior.

Upon graduation from Central Mountain in 2004, Stephen took his love for football to Lock Haven where he was a member of the Bald Eagles in 2005, earning a letter before serving as a student coach from 2005-08.

After earning his bachelor’s degree in business management in 2008, Stephen headed off to Alfred University where he earned his master’s degree in numeracy education in 2011. The younger Pribble has used his education as well as football experiences to carve out a career in coaching.

He’s served as the offensive coordinator and quarterbacks coach at Alfred since 2018. Previously, he had held numerous coaching and coordinator positions at a number of schools including an earlier stint at Alfred and stops at Manchester University, Urbana University, Lock Haven and Fordham.

“When it comes to playing, my most enjoyable moment was going to practice and playing in games with my friends who I grew up with. It is something that I truly loved,” Stephen said.

“In my coaching career, I would say winning back to back Empire 8 conference championships is up there on the list, but my most enjoyable moments are when I get to see our student-athletes succeed, either it being on or off the field,” Stephen continued. “Watching them walk across the stage and receive their degree is a great feeling.”

When asked how his time at Central Mountain helped to prepare him for life after he stated “I think some would answer this question with hard work, leadership, accountability, etc,, which I did learn while playing.

“I think one of the best qualities I learned by playing sports in high school and college is time management. You must manage your time wisely to reach your goals on the field and in the classroom while playing sports. The time management skills and discipline to follow through I learned at a young age is still a skill I practice everyday in my career.”

Stephen says that in his free time he really enjoys being active and enjoys golfing, reading, workout out, playing basketball with the coaching staff and getting better at cooking.

The younger Pribble also seemed to be quite proud to be an uncle to young Jonah. With his mom, dad and uncle’s sports pedigree, Jonah will surely have a good shot at making a name for himself in the sports world as well. He’s got some time to work on that, though.

Stephen and Jonathan Pribble were two young men that helped to lay the foundation for Central Mountain sports in the early years of the school’s existence.

They are also two young men who have gone on to great things in their adult lives that their family, Central Mountain and the Clinton County community can be proud of.

Together, they are two more examples of what can happen when a youngster is willing to work. Stephen and Jonathan both did and continue to do that. For that, they should be proud. Those of use who knew them when they were at Central Mountain surely are.