Tiz the Law helps the healing process with Belmont win 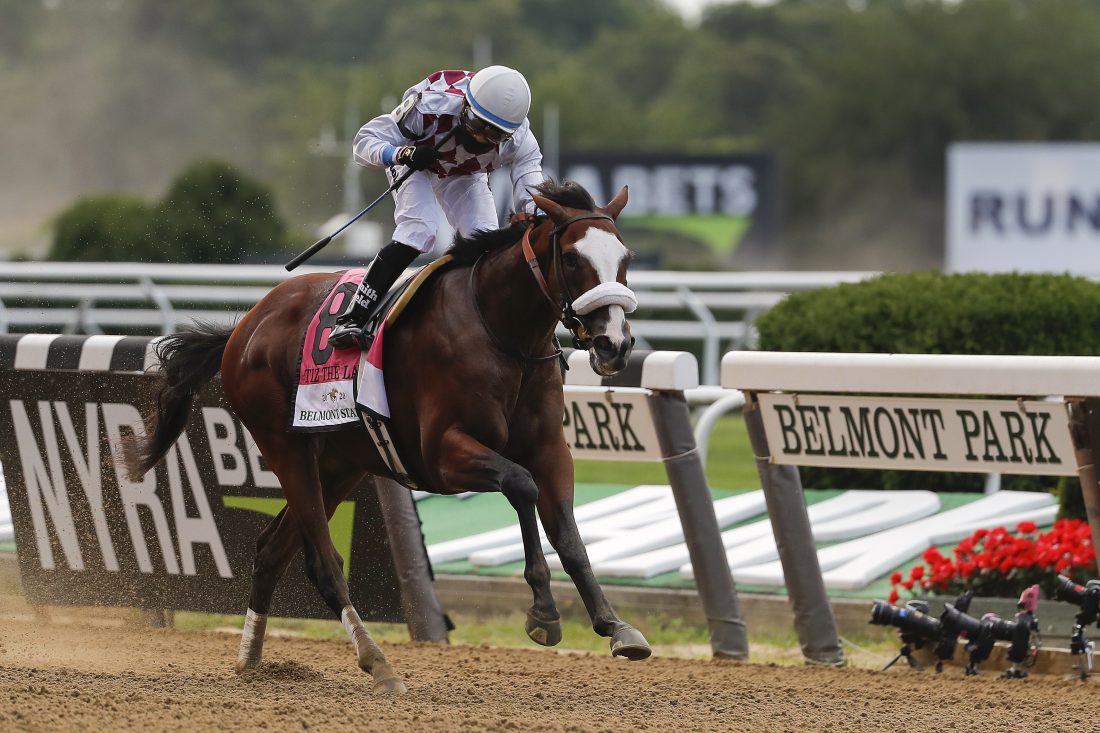 Nine other horses challenged the “Law”, and Tiz The Law won the 152nd running of the Belmont Stakes. “In this ever changing world in which we live in”, he made them “give in and cry”, with a dominating performance.

COVID-19 hit New York City hard, and a New York-bred horse had not won the Belmont, which is held at Belmont Park on Long Island, since 1882.

Tiz The Law was born in New York on March 19, 2017, qualifying him to be NY-bred. His 82-year-old trainer, Barclay Tagg, is based in New York and his owners hail from Saratoga Springs, New York.

Tiz The Law is sired by Constitution. His dam’s sire is Tiznow, who famously “Wins it for America” shortly after the Sept. 11 attack. This occurred shortly after sports had just resumed, and on the same Belmont track where Tiznow defeated all the international “invaders” in that year’s Breeders’ Cup Classic. (If you have never seen and heard that race call, watch the bombing of New York’s twin towers and then watch that race. If you are a sports fan and love this country, you will get chills).

This year’s Belmont was the first leg of horse racing’s Triple Crown, instead of the normally third and final race. It was also shortened from 1 1/2 miles to a one-turn, 1 1/8 mile distance. Tiz The Law was placed in a perfect stalking position behind the two early pace-setters down the long Belmont backstretch. When they rounded the turn, Tiz The Law easily dispatched his foes, winning by 3 3/4 lengths. Dr. Post was a non-threatening second and Max Player, who had not raced since early February, closed from near the back to finish a very respectable third after having such a long layoff. He was only a 1/2-length from second. The fourth-place horse, Pneumatic, was 2 1/2 lengths farther back, but over six lengths in front of Tap It To Win, who faded after leading the race for first 3/4 of a mile.

Barclay Tagg indicated that he will likely be pointed for the G1 Travers Stakes in Saratoga, which has been bumped up this year to Aug. 8, prior to going to the Kentucky Derby scheduled for Sept. 5. Both of those races are contested at the Classic, 1 1/4-mile distance. I suspect that at least the top-four finishers in this race will all be set on a summer course pointing to the Derby.

Although Tiz The Law’s performance was impressive, it was a 3- year-old filly Gamine who turned in the best performance of the day, winning the G1 Acorn Stakes by over 18 lengths. She not only decimated her competition, she also improved her undefeated record to three wins and destroyed the Acorn Stakes record in the process. Her final time of 1:32.55 for the 1-mile distance was scintillating, and earned her a 117 Equibase number.

For horse-racing fans who remember the great 3-year-old filly Rachel Alexander’s Horse of The Year campaign in 2009, we can only hope that Gamine’s connections decide to take on the boys on July 18 in the G1 Haskell at Monmouth Park in New Jersey.

In the meantime, let us savor both horse’s performances in New York. Americans should not lose sight of the deja vu feeling of Tiznow’s New York-bred grandson picking up New York and Americans spirits once again with his win in the Belmont. I also cannot lose sight of the eerie connection between Tiz The Law’s name, his sire, Constitution’s name, the COVID-19 pandemic, and the recent human relations crisis we are currently going through.

May horse racing once again be the balm to soothe all of our souls.