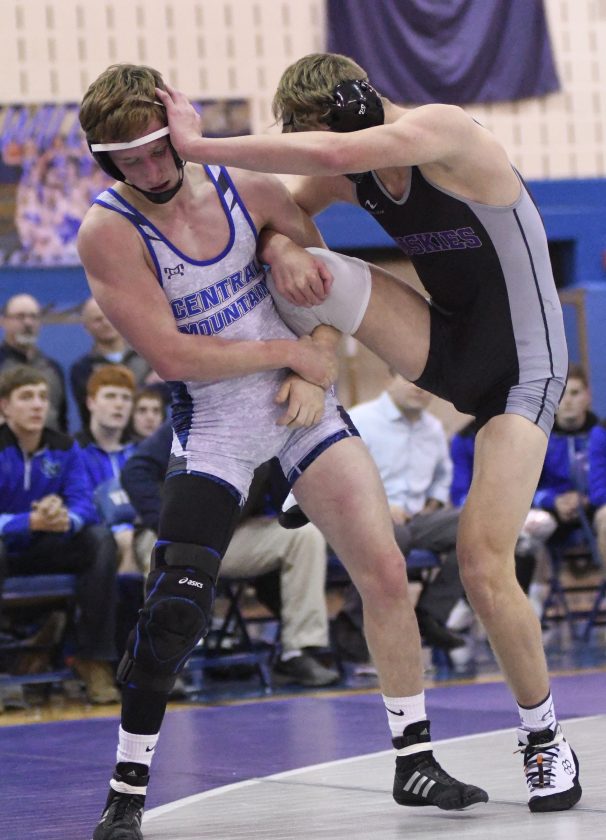 Over the past 3 1/2 months, athletes across the nation have faced an absence of what they love: organized athletic activities.

When sports were suspended in mid-March, spring sports athletes were denied the opportunity to play the season so many had looked forward to for so long. Many other athletes have been denied opportunities normally afforded to them to improve their skills in a particular sport by participating in a “normal” offseason workout program or routine.

Now, with Return to Play guidelines in place in Keystone Central School District and a kickoff of workouts on Wednesday, many Central Mountain athletes are both looking back on what was while also expressing excitement for what they hope is to come.

One such athlete is Central Mountain junior quarterback hopeful Brett Gerlach. When asked how the shutdown of sports in March affected him he said, “I was not able to compete in any track meets let alone go to and compete in invitational meets. I have also not had the amount of preparation for the upcoming (football) season as previous years have had. Additionally, I’ve not been able to go to camps and combines to try to improve and show my skills.”

Gerlach has tried to stay in shape during the shutdown.

“I have gone jogging and tried to do some basic bodyweight training exercises such as pushups, pullups, situps, etc. but also, many coaches have sent out workouts and logs for us to do so that we can stay as fit as we can,” Gerlach said.

The junior said he is looking forward to the resumption of organized activities. Specifically he noted, “I am absolutely looking forward to returning to offseason workouts on July 1. I am hoping to integrate our offense, bulk up some more for the season, and continue to improve my skills and mechanics.”

Senior Avery Baker believes that the shutdown has served her well. A soccer and basketball player for the Wildcats, she said the shutdown provided her with both a mental and physical break from the rigors of basketball training. While she spent the early portion of the spring continuing to hone her basketball skills, she was also able to get away from things a bit and rejuvinate.

However, that does not mean that she just sat around. In fact, she believes while being able to take a healthy break from basketball, the time has allowed her to get into the best shape of her life. She credits her conditioning to the work she has put in at boot camp every morning.

On the down side, she has greatly missed participating in spring tournaments which, as she says, are, “one of my favorite things to do after the regular season ends because that’s where a lot of my teammates and I make the most of our memories.”

Like Gerlach, Baker is anxious for Wednesday and her return to organized activities. Her goal is to “come back to basketball and begin to shoot a lot more and improve my skills so that the 2020-2021 season, my last, will also be my best.”

Maddie Briggs is a junior who is a member of both the Wildcat soccer and softball teams. She said of the absence of sports, “I have really, really missed sports. I’m such a competitive person, and I miss my daily dose of competition on the softball field as well as my teammates.”

Briggs said she has been attempting to keep active as best as possible by completing different workouts she’s found on YouTube and going to the YMCA a few times. She’s also done some hitting for softball and gone to West Branch Soccer Park to work on some goalie-specific skills.

Briggs is a strong candidate to serve as Wildcats’ goalie this season. Briggs, too, is excited for the return of organized workouts.

“I’m absolutely going to attend offseason workouts. I can’t wait,” Briggs said. “My goal this year is to make varsity for soccer and I hope that with these workouts coach Brinker sets up, I will be able to improve myself even more and get that varsity spot.”

Wildcat senior football player and wrestler Lane Porter acknowledged the early part of the shutdown was very hard for him. In addition to being isolated at home and not being able to work out with teammates, he became a bit lazy and ate much more than he would have ideally wanted.

Additionally, despite having a weight set at home which he used on occasion, he didn’t possess the drive necessary to work out on a regular basis. Fortunately he was able to recognize that he didn’t like the way things were heading and decided to turn it all around.

He began searching for a job and found one of interest. He works for a concrete and excavation company.

“I figured lifting heavy chains, shoveling, and raking would give me a nice workout all day without even thinking that I am working out,” Porter said.

When asked about his plans moving forward, the senior said, “I plan to participate in every offseason program when play returns. I like to be an opportunist and not miss out on any chance to better myself. I wish I would have developed this mindset a little sooner because I believe I have not reached my full potential.”

Obviously, these athletes and countless others have lost some things during the sports shutdown which cannot be made up. However, what is also quite obvious is how much the athletes have missed the sports that they love so much.

That has developed, within them, a strong excitement and desire for a return to organized activities. That excitement can go a long way in propelling them and their teammates to a very successful, albeit shortened, offseason. Surely on Wednesday when organized activities begin, some athletes will return to play in very good shape due to having done some conditioning work on their own. Others will likely return having done little, if anything, during the time off.

Regardless of which category the athletes are in, when workouts resume Wednesday, there are sure to be smiling faces of athletes who are elated to be, once again, doing what they love: playing sports with their teammates.

Will it look and feel a bit different for a while? Absolutely.

But hey, you’ve got to start somewhere and after almost four months of next to nothing, starting somewhere is a blessing.