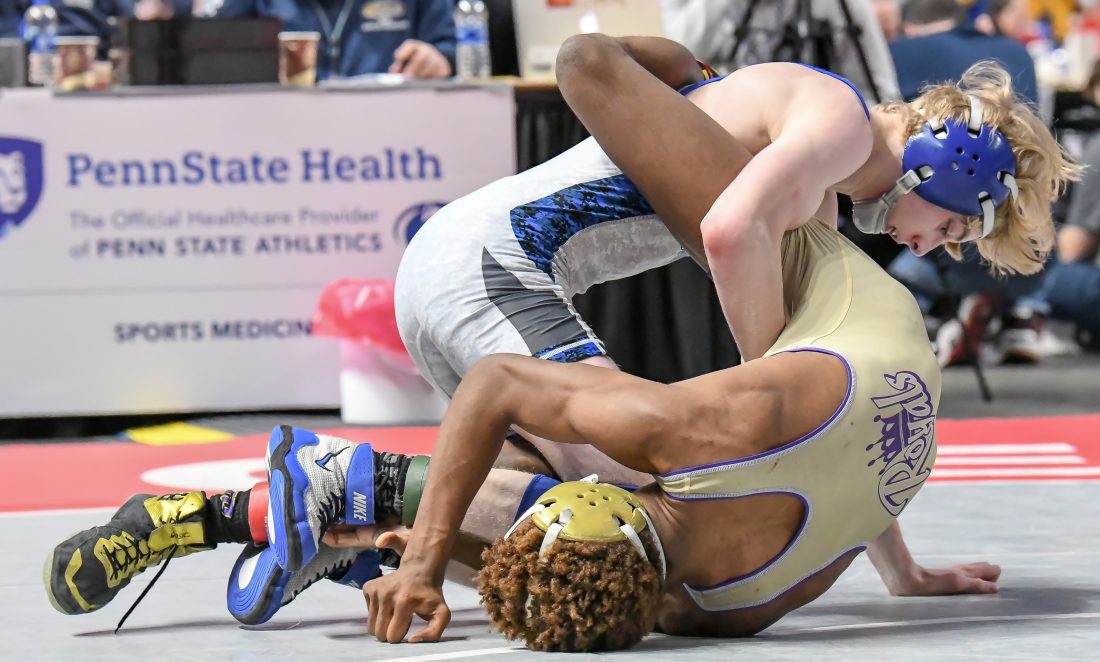 LH EXPRESS FILE PHOTO Central Mountain’s Derek Keen wrestles at the PIAA Class AAA championships this past season in Hershey at 113 pounds. The PIAA unanimously approved its weight class change to 13. While Keen’s weight class of 113 remains unaffected, the upper classes will see changes this winter.

For the first time in PIAA history, the organization is reducing the number of weight classes for high school wrestling. The PIAA Board of Directors unanimously approved the change in weight classes from 14 to 13 at its monthly meeting Wednesday afternoon.

This is the fifth time in the history of the state’s high school athletics governing body it has changed the number of weight classes offered in the sport. But Wednesday marked the first time it will take a weight class away.

The weight classes from 106 pounds through 160 pounds did not change. The vote condenses the previous five weight between 170 and 285 pounds to just four weight classes.

Lombardi said the end goal of reducing the number of weight classes was to reduce the number of forfeits in dual meets. He said 93% of PIAA dual meets last year featured at least one forfeit.

The board was expecting the National Federation of High Schools to make changes to the weight classes at their meeting earlier this year, but no change came. Following that, the PIAA Wrestling Steering Committee made the recommendation to the board, based on three years of study, to make the reduction to 13 weight classes.

“That’s ridiculous,” Lombardi said. “It means we’re not having kids fulfill the weight classes that we have. It’s too many. And I think it’s important to follow the steering committee and the coaches association and move to 13.”