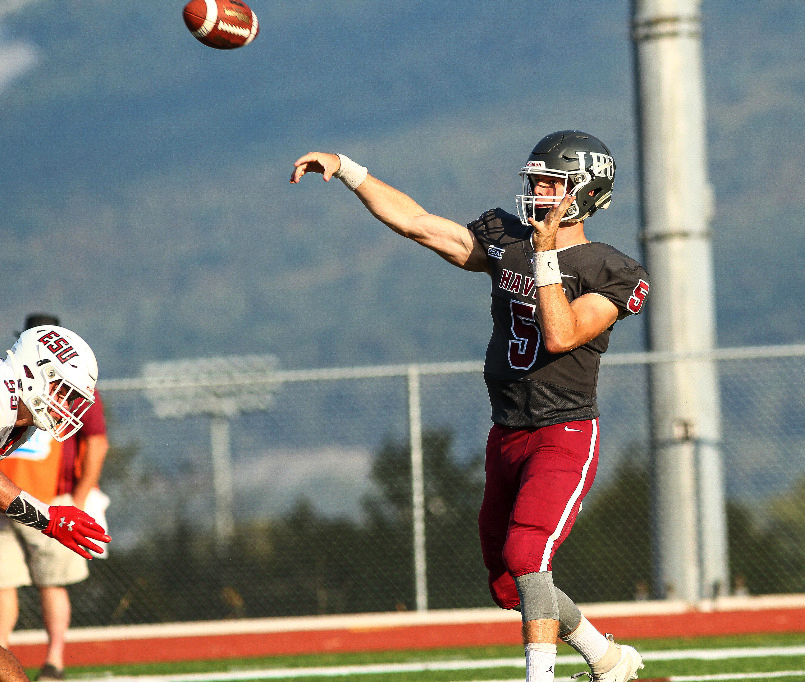 The Pennsylvania State Athletic Conference became the latest college conference to cancel fall athletics as it made an official announcement Wednesday morning.

Much like the Ivy League and Patriot League, the PSAC’s decision was due to the coronavirus pandemic.

The statement, released Wednesday, stated the PSAC Board of Directors voted Tuesday “to suspend all mandated conference athletic events and championships through the end of the 2020 fall semester in response to the global COVID-19 pandemic.”

The PSAC said it reviewed its ability to shift fall sports and championships to the spring semester and “fully intends to do so if a return to competition can be safely executed,” the statement said.

Lock Haven’s scheduled season opener in college football was set for Sept. 12 at Hubert Jack Stadium against California. The Bald Eagles were coming off a 2-9 season in which Lock Haven ended the year on a positive, beating Gannon on Senior Day in a thriller, 28-27. No schedule had yet been posted for Lock Haven’s women’s field hockey team or either the men’s and women’s soccer teams.

“Not being able to compete in fall sports is a major disappointment for all of us, but this decision was made in the name of health and safety,” Lock Haven University president Dr. Robert Pignatello said in a statement. “We are operating at a heightened level of awareness to reduce and mitigate risk in order to support a safe and successful fall semester. In order to best protect the entire community many sacrifices unfortunately must be made. Athletics are a big part of our identity, but right now close physical contact must be minimized.”

No PSAC school will have competition in the fall semester or for the remainder of the calendar year.

The Atlantic 10 Conference and Mid-American Conference — which certain Lock Haven sports compete in — have not made an announcement regarding plans for athletics. However, “LHU has made the decision to not compete as an affiliate member in those respective conferences during the 2020 fall semester,” the statement noted.

“As with all the decisions that have been made related to COVID-19, administrators and staff spent endless hours considering all possible scenarios that would protect the health and well-being of our student-athletes, coaches, staff and community,” Lock Haven Director of Athletics Dr. Tom Gioglio said in a statement. “The decision to postpone all sport competitions was taken very seriously and was based on teams not having the ability to compete without breaking from strict social distancing and safety guidelines set forth by the Office of the Governor, the Centers for Disease Control and Prevention Procedures and after processing public health information that prioritizes the health and safety of the entire Lock Haven community.”